Tyler Clementi has been gone for ten years, but for his mother, his physical absence can feel so new and at other times, excruciatingly long.

“I seem to be held captive by dates and this is one date that really always knocks me,” Jane Clementi said of the anniversary of her son’s death. “It has been 10 years, but in some respects, it seems really quick.”

In February, Clementi packed up 31 years of memories from the family home in Ridgewood, New Jersey to prepare for a move. It was the home where she and her husband Joseph raised Tyler and his two brothers, Brian and James.

While she had never read some of Tyler’s writings, Jane put them in a box to bring to the family’s new home. A few weeks ago, she decided to read the anguished words Tyler wrote shortly before he died.

“There is nothing in this world that I love or at least nothing I allow myself to love,” he wrote. “I just want to go home. I just want to be deleted.”

Tyler Clementi took his own life on Sept. 22, 2010, after learning his roommate secretly recorded him having a romantic encounter with a man. It was less than a month after he started his freshman year at Rutgers University. Tyler had also only recently come out to friends and family before he moved into his dorm room, eager to start the next chapter of his life.

“Mostly, it seems like an eternity for me. A really long time,” Jane said. “It seems like forever since I held Tyler’s hand or kissed him goodnight or said goodnight. It’s just really difficult to think in those terms. And I try not to focus on that, but when these dates come up, you can’t just help but think about them and how long it has been.”

Tyler’s death sparked global attention and ushered in policy changes, laws and efforts, such as the “It Gets Better” movement to help put an end to bullying and support LGBTQ youth. In 2011, Jane founded a foundation in her son’s name, an organization aiming to end bullying in schools, workplaces and faith communities. Ten years after his death, the work of the Tyler Clementi Foundation is still moving ahead full force.

The organization has a Million Upstander Movement, which empowers people to stand up when they see bullying. The “Day 1” campaign also serves as a template for leaders to speak out on the first day of a team practice, class, work or meeting to make it clear everyone is welcome and bullying will not be tolerated.

But there are still new ideas being launched to help further the organization’s mission.

One new initiative, writing letters to strategic pastors in the Southern Baptist Convention to bring awareness to church messages that harm LGBTQ youth, was inspired after Jane read some of her son’s writings and realized Tyler did not hear affirming messages from the family’s faith community.

“He was obviously in a lot of pain and suffering loneliness and much of that was because of the teachings he had been hearing,” she said. “I do think that having messages of condemnation that illicit those feelings of shame or fear even is a form of bullying and that is why we need to stop it.”

Jane said the letter writing campaign hasn’t received a response from the pastors, but she’s determined to make they “see and know” the harm of not preaching equality and creating an inclusive church.

“It’s not only creating safer spaces for those in the LGBTQ community, but also hearing those condemning messages, straight youth will go back to their schools and playgrounds and the cyber world and use those messages to harm other people,” she said.

Personal letters from Jane and other leaders, including Alphonso David, president of the Human Rights Campaign, are posted on the Tyler Clementi Foundation’s website, which adds that “true faith doesn’t discriminate.”

It’s something Jane has personal experience with as she navigated being in a “fog” for years after her son’s death and then realizing she needed to make a change and find a church that supported and loved her entire family.

“Unfortunately they couldn’t support my older son, who is also gay, and many people who were coming into my life at that point who were part of the LGBTQ community,” she said. “It was a blurry, foggy time, but as I was waking up, I saw the need to be an upstander. I didn’t have words at the time because I was so foggy and empty inside, but I did have the ability to move, so I removed myself from that space.”

She spent time trying out new churches and even commuting to Manhattan where she had more anonymity. “Wherever I went, people knew everything about me, it seemed,” she said. “I just needed some space personally for myself.”

Jane found a new church she loved, but with her move and the coronavirus, she said she is now enjoying “church surfing” online and finding services that support her in her faith.

While the coronavirus has drastically changed the way people can get together and connect, Jane is also busy planning an October 15 virtual fundraiser for the Tyler Clementi Foundation featuring the cast of “Queer as Folk.” The event will replace the annual in-person October fundraising event.

“The most difficult part for us is the fundraising aspect. It certainly has been a challenging time for that,” she said. “This will still be a fun evening. It’s very different than what we usually do.”

The night aims to fund the organization’s mission to end bullying, which may be needed now more than ever. A sobering survey released in July 2020 said 2 in 5 LGBTQ youth in the United States have “seriously considered” suicide in the past year,

The survey, the largest of its kind, polled 40,000 LGBTQ people between ages 13 and 24 and found that 68 percent of the respondents reported symptoms of generalized anxiety disorder, 55 percent reported symptoms of major depressive disorder and 48 percent reported engaging in self-harm. In addition, 40 percent say they have “seriously considered” attempting suicide in the past year.

If you or someone you know is in crisis, call the National Suicide Prevention Lifeline at 800-273-8255, text HOME to 741741 or visit SpeakingOfSuicide.com/resources for additional resources.

If you are an LGBTQ young person in crisis, feeling suicidal or in need of a safe and judgment-free place to talk, call the TrevorLifeline now at 1-866-488-7386.

This set of online courses could kickstart your freelance career

Sun Sep 27 , 2020
This set of online courses could kickstart your freelance career TL;DR: The Kickstart Your Freelance Career Course Bundle is on sale for £23.55 as of Sept. 27, saving you 98% on list price. Not to alarm you or anything, but it’s a rough moment to be looking for a new […] 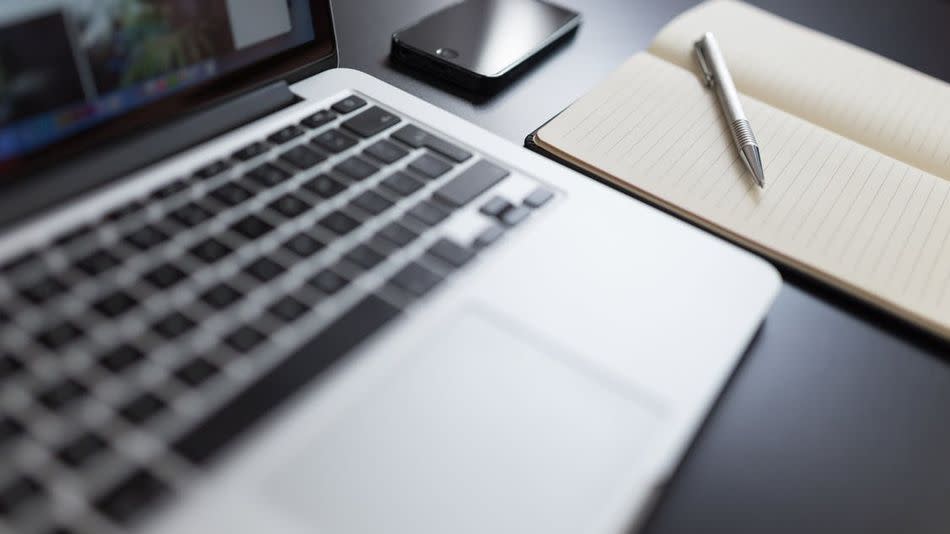