“In politics, stupidity is not a handicap,” Napoleon reputedly said more than two centuries ago. Boundless ignorance is also not a handicap, as Congress demonstrated Monday night by approving a 5,593-page bill with no time to read it. The usual suspects are indignant at the sloppy procedures propelling $2.3 trillion in federal spending, including a last-minute $900 billion deal for COVID-19 relief. But reckless legislating has been standard procedure on Capitol Hill for almost three decades.

Democratic Sen. David Boren of Oklahoma observed in 1991 that congressional “bills are five times longer on the average than they were just as recently as 1970, with a far greater tendency to micromanage every area of government.”

Conservatives were outraged, and a Republican Leadership Task Force proclaimed in 1993: “A bill that cannot survive a 3-day scrutiny of its provisions is a bill that should not be enacted.”

Republicans captured control of Congress the following year, but that did not deter House Speaker Newt Gingrich and President Bill Clinton from jamming a 4,000-page, 40-pound agreement through Congress in 1998. Legendary “King of Pork” Sen. Robert Byrd of West Virginia declared, “Only God knows what’s in this monstrosity.”

During the George W. Bush era, legislative ignorance became a point of patriotic pride. Shortly before the 2006 congressional elections, Congress rubber-stamped the Bush team’s barbaric interrogation wish list as part of the Military Commissions Act. As Boston Globe columnist Peter Canellos put it, “because of the Bush administration’s restrictive policy on sharing classified information with Congress, very few of the people engaged in the debate will know what they’re talking about.” Republican Sen. Jeff Sessions of Alabama, President Donald Trump’s first attorney general, boasted, “I don’t know what the CIA has been doing, nor should I know.”

Retroactively legalizing torture, as the bill did, was a nonissue on Capitol Hill. Legal analyst Dahlia Lithwick declared, “We’ve reached a defining moment in our democracy when our elected officials are celebrating their own blind ignorance as a means of keeping the rest of us blindly ignorant as well.”

After Democrats captured control of Congress in 2006, Sen. Barack Obama and several other members endorsed requiring that all bills be available online for at least 72 hours before Congress voted on it. But that provision was not included in the Honest Leadership and Open Government Act of 2007 that Politico hailed as “sweeping ethics reform legislation.”

Nine years later, Politico said the same law had “created an entire class of professional influencers who operate in the shadows, out of the public eye and unaccountable.”

The Obama administration’s 2,700-page Affordable Care Act was another unread Pandora’s box. As House Judiciary Chairman John Conyers asked in 2009, as the House was rushing to pass the ACA, “What good is reading the bill if it’s a thousand pages and you don’t have two days and two lawyers to find out what it means after you read the bill?”

In the 2010 congressional elections, Republicans pledged to “ensure that bills are debated and discussed in the public square by publishing the text online for at least three days before coming up for a vote in the House of Representatives.” They won the House but that didn’t stop them from quickly cutting a budget deal with President Obama and rushing it through Congress before members could read or digest it.

Three years later, Congress enacted a 1,648-page, $560 billion National Defense Authorization Act that was only available to members 36 hours prior to their vote. When asked whether members of Congress had read the bill, Virginia Rep. Jim Moran, replied, “Of course not. Are you kidding?” Moran said he felt no obligation to read the text because “I trust the leadership.”

There have been plenty of “scale-buster” pieces of legislation enacted without reading since then, usually accompanied by sporadic media whining about the process. But as I’ve written before, gross negligence is a defining feature, not a bug, of contemporary lawmaking. Most politicians’ love of power will always exceed their intellectual curiosity.

“You can lead a man to Congress, but you can’t make him think,” quipped Milton Berle. Or read. According to a 1977 survey of House members, the average member of Congress spent only 11 minutes a day reading at work. That survey result was so embarrassing that it has not been repeated.

Congress has its own legislative research agencies as well as instant access to thousands of reports regularly produced by other federal agencies. But former 10-term GOP Rep. Cliff Stearns of Florida admitted that a lot of federal reports “are so overwhelming that I didn’t generally look at them.” One longtime congressional staffer told The Washington Post in 2014 that “we used them as doorstops.”

Backstory: With millions of Americans about to lose COVID-19 benefits, here is where relief stands

Legislative ignorance is treacherous in part because there is no Hippocratic oath — “first, do no harm” — on Capitol Hill. Because politicians won an election, they often act entitled to dictate rules on anything and everything under the sun. The latest bill contains a blizzard of laws, penalties and handouts that will take months to decipher. The news media will be exposing horror stories from the bill long after congressional leaders finish their victory lap.

Fantasizing about reforms that could create wiser legislators simply paves the way to bigger boondoggles down the road. The latest blockbuster bill is another warning that know-nothing, no-fault legislating will be the death of our republic unless Americans can severely reduce Congress’ prerogative to meddle in their lives.

James Bovard, author of “Attention Deficit Democracy,” is a member of USA TODAY’s Board of Contributors. Follow him on Twitter: @JimBovard

You can read diverse opinions from our Board of Contributors and other writers on the Opinion front page, on Twitter @usatodayopinion and in our daily Opinion newsletter. To respond to a column, submit a comment to [email protected]

15 Biggest Software Companies in the World 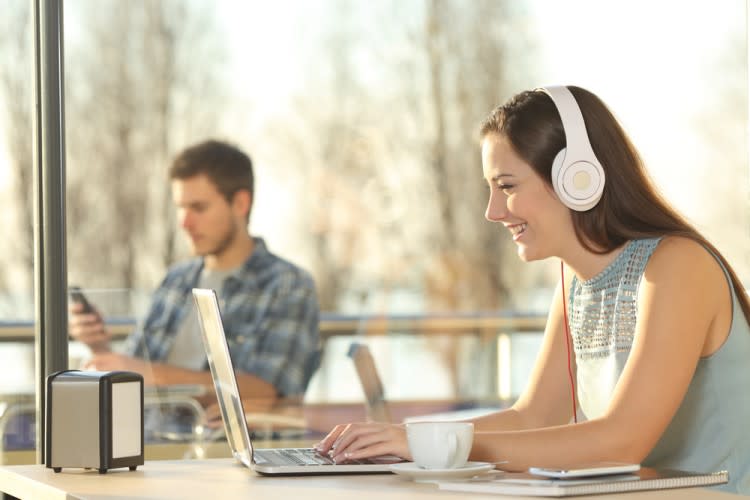