One of the strangest years on record for the stock market is ending. When we eventually cross the finish line in nine calendar days, it’ll potentially be with the major U.S. indexes at or very close to all-time highs. It’s pretty incredible to think about considering where equities were in March.

Just because the stock market is nipping at record highs doesn’t mean there aren’t great stocks to be bought at reasonable prices. The following five brand-name stocks still have the potential to make investors a fortune, as long as they remain patient and allow their investment thesis to come to fruition.

Amazon (NASDAQ:AMZN) has a $1.6 trillion market cap, but could still double in value over the next three or four years and become the largest publicly traded company on the planet. In fact, if its operating cash flow is any indication, it just might do that.

Amazon is best known for having the go-to online marketplace. Estimates vary, but Amazon controls between 38% and 44% of all U.S. e-commerce sales.

As you can imagine, the coronavirus disease 2019 (COVID-19) pandemic has only solidified the importance of online retail sales and further cemented Amazon as the most dominant player. Although its retail margins are nothing to write home about, Amazon’s leading share in e-commerce has played a big role in getting over 150 million people worldwide to register for a Prime membership. The fees collected from these memberships provide an added buffer to undercut brick-and-mortar retailers on price. The model also keeps consumers loyal to Amazon’s product and service offerings.

Another brand-name stock primed for long-term success is payment facilitator Visa (NYSE:V). While its shares probably won’t gain 1,170% over the next decade as they have over the trailing 10-year period, the company has all the tools necessary to make patient investors a lot richer.

Buying Visa places investors on the right side of history. Economic cycles involve booms and busts. Recessions are typically measured in months or quarters, whereas periods of economic expansion are measured in years. With U.S. and global gross domestic product (GDP) expanding over time, Visa should rightly see an uptick in gross payment volume processed on its networks. It’s a simple numbers game that strongly favors long-term investors.

Visa acts solely as a payment facilitator and not a lender. You might think turning down the opportunity to generate an interest income stream isn’t a smart move. But in doing so, Visa shields itself from loan delinquencies during inevitable economic downturns. This is why its profit margin is regularly above 50% and why the company rebounds so quickly from recessions.

Since a majority of global transactions are still being conducted in cash, Visa has a long runway of revenue and profit expansion ahead of it.

At the end of September, the social media giant had 2.74 billion monthly active users and 3.21 billion family monthly active people (this figure includes other owned assets, such as Instagram and WhatsApp). No matter how quickly other social platforms are growing, none holds a candle to Facebook’s monthly active user base. This makes it the logical go-to for targeted advertising. It also gives the company exceptional pricing power on ad placements.

What you might find crazy is that Facebook continues to grow by a double-digit percentage, yet has only monetized two of its four leading social platforms. Ad revenue from Facebook and Instagram will combine to help generate close to $84 billion in estimated sales in 2020. Meanwhile, WhatsApp and Facebook Messenger have yet to be meaningfully monetized. When Facebook does decide to monetize these platforms, a doubling in sales and cash flow could quickly follow.

Berkshire Hathaway (NYSE:BRK-A)(NYSE:BRK-B) might not have the same brand-name appeal as, say, McDonald’s, but its CEO, Warren Buffett, is arguably the most well-known and successful investor of our generation.

When Berkshire Hathaway filed its annual shareholder report in February, it provided its returns versus the benchmark S&P 500 since 1965. Over that period, Berkshire’s stock has returned an average of 20.3% per year, compared to a total return (including dividends) of 10% per year for the S&P 500. In aggregate, Buffett has led Berkshire Hathaway to a better than 2,700,000% outperformance of the broader market index since 1965.

Like Visa (which happens to be a Berkshire stock holding), Berkshire’s portfolio is primed to take advantage of long-lasting expansions of the U.S. and global economy. More than 90% of invested assets are tied up in information technology, consumer staples, and financial stocks. With U.S. and global GDP on the rise over the long run, Buffett is playing a numbers game he knows he’ll win.

Alphabet (NASDAQ:GOOG)(NASDAQ:GOOGL), the parent company of internet search engine Google and streaming platform YouTube, is yet another FAANG stock that can still make you a fortune if you’re patient.

As of November 2020, Google held a 92.2% share of global internet search, according to GlobalStats. Over the trailing 12-month period, Google’s share of global search has vacillated between 91.8% and 93%. These percentages border on monopoly status. Just as Facebook is the logical go-to for targeting eyeballs on social media, Alphabet’s Google is the unquestioned destination for internet search ad placement. Not surprisingly, this affords Google exceptional ad-pricing power.

But it’s not just ads that Alphabet shareholders can be excited about. YouTube has grown into one of the three most-visited social platforms, while cloud infrastructure service provider Google Cloud (a direct competitor to AWS) is growing by leaps and bounds. Alphabet’s latest quarter showed year-on-year growth for Cloud of 45%, with an annual revenue run-rate that’s nearing $14 billion. As Cloud becomes a larger percentage of sales, operating margins for Alphabet should expand and send cash flow markedly higher.

Investing doesn’t have to be complicated. Buy established companies with a successful track record and a long growth runway, then wait patiently.

Apple and Others Are Coming for Tesla 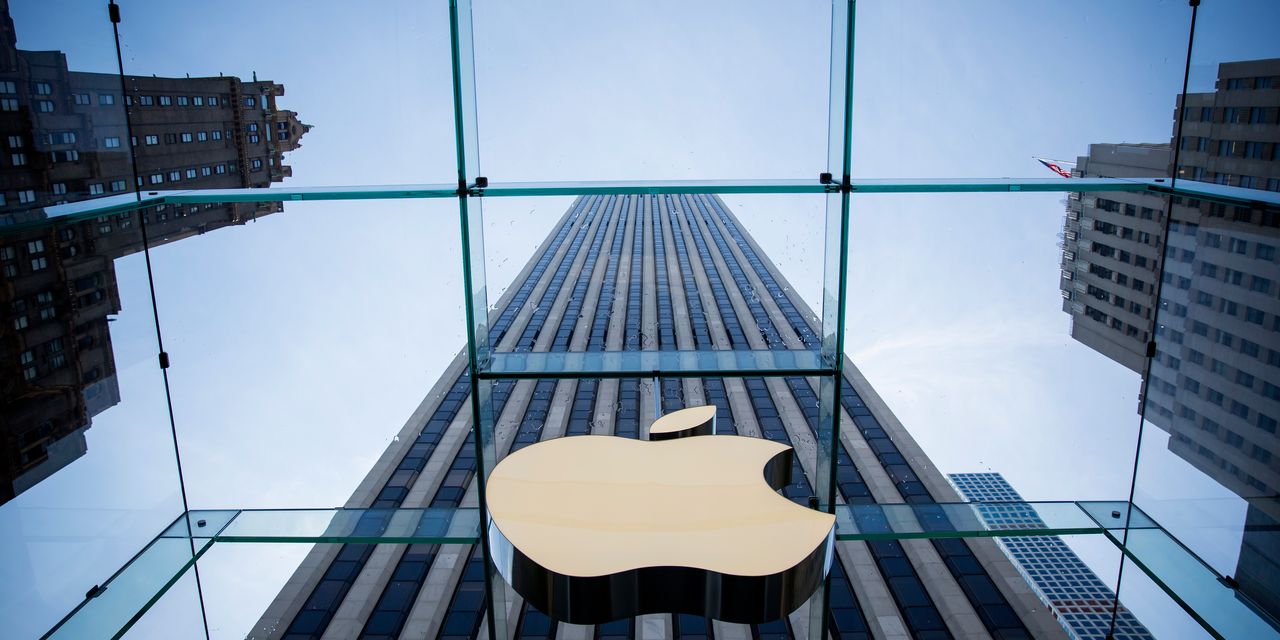