Since the end of the Great Recession, growth stocks have been unstoppable. Historically low lending rates have allowed access to cheap capital, which is fueling hiring, innovation, acquisitions, and expansion.

But something you might not realize is that, over the long run, value stocks have handily outperformed growth stocks on an annualized basis (17% versus 12.6% between 1926 and 2015). Value stocks are especially strong performers during the early stages of an economic recovery, which is where we find ourselves now.

As we steam ahead into the new year, the following five value stocks stand out as bargains that have the potential to make you a lot richer in 2021.

There are a lot of ways to measure value beyond just the price-to-earnings ratio. When it comes to cancer-drug developer Exelixis (NASDAQ:EXEL), an intriguing value metric is its price-to-earnings-growth ratio, or PEG ratio. The PEG ratio takes into account a company’s future growth rate, which makes it ideal when assessing value for faster-growing stocks. Typically, a PEG ratio below 1 is viewed as undervalued. In Exelixis’ case, its PEG ratio is below 0.6.

The Exelixis growth story primarily revolves around cancer drug Cabometyx, which is approved to treat first-and-second-line renal cell carcinoma (RCC) and advanced hepatocellular carcinoma (HCC). These two indications should combine to yield north of $1 billion in annual sales for Exelixis this year.

Aside from increasing demand and strong pricing power, Exelixis’ lead drug is involved in approximately six dozen ongoing clinical trials as either a monotherapy or combination treatment. If even a handful of these studies hit their primary endpoints in late-stage trials, Cabometyx’s annual sales could reasonably double.

Exelixis is also flush with cash and liable to generate in the neighborhood of $500 million in cash flow each year. A healthy balance sheet will afford opportunities for the company to reinvest internally, and possibly even make an acquisition.

Among financial stocks, none looks to be more of a screaming bargain than money-center bank Wells Fargo (NYSE:WFC). At 76% of its book value, Wells Fargo is near its cheapest multiple relative to book value in at least three decades.

Cheap stocks usually become cheap for a reason. In Wells Fargo’s case, it was because the company opened 3.5 million unauthorized accounts between 2009 and 2016. It’s since paid hefty fines to the Justice Department and reworked how it cross-sells at the branch level to avoid a reoccurrence. Thankfully, PR nightmares rarely have any lasting effect on bank stocks.

However, resolving its PR issue isn’t the only reason to consider buying into Wells Fargo. This is a bank that’s historically outpaced its peers with regard to return on assets and has always had a knack for attracting affluent customers. These well-to-do clients are more likely to take advantage of multiple high-margin financial services and less likely to default on their loan obligations during periods of recession.

Look for Wells Fargo to steadily reduce its noninterest expenses, focus on digitization, and stick to the bread-and-butter of banking growth (loan and deposit growth) in 2021.

The healthcare sector is chock-full of value stocks in 2021. Pharmacy chain Walgreens Boots Alliance (NASDAQ:WBA) has all the makings of a cheap stock that can make you a lot richer.

Walgreens was hit with a double whammy last year. First, foot traffic fell off a cliff for a period of time due to the coronavirus pandemic. Secondly, Amazon announced that it would be entering the online pharmacy space. Since pharmacy margins are considerably higher than front-end retail sales, Walgreens can ill-afford an uptick in price competition among prescription drugs.

The good news is that Walgreens Boots Alliance has a plan that’s already in action to compete in a world that’s growing more digital by the day. It’s in the process of slashing its annual operating expenses by $2 billion, while also reinvesting heavily in digitization. This includes hefty investments in direct-to-consumer sales.

Furthermore, Walgreens has partnered with VillageMD to open up to 700 full-service clinics in some of its U.S. locations. Whereas clinic-based partnerships at pharmacy chains typically handle very simple ailments, Walgreens’ venture with VillageMD will be more encompassing. The expectation is that it’ll lead to deeper engagement at the local level and plenty of repeat traffic.

At roughly eight times forward earnings, Walgreens is too inexpensive to pass up.

It might be hard to believe, but the vast majority of gold stocks are now value stocks following the monumental rally in the price of physical gold. In 2021, miner Yamana Gold (NYSE:AUY) has the potential to make investors richer.

The bull thesis for gold stocks very much involves physical gold moving even higher. The Federal Reserve’s pledge to keep interest rates at or near historic lows through 2023, coupled with ongoing quantitative easing measures ($120 billion in monthly bond buying), should provide ample upside for the lustrous yellow metal.

More specific to Yamana Gold, it’s going to benefit from a significant uptick in operating cash flow. Yamana has worked hard in recent years to reduce its debt. As of the end of September, Yamana’s net debt stood at $619 million, down over $1 billion in half a decade. Improved output at the 50%-owned Canadian Malartic mine, along with the ramp-up of Cerro Moro, should help Yamana Gold surpass 1 million gold equivalent ounces in 2021. The cash flow from this increased output will allow for additional debt reduction.

Historically, I’ve found mining stocks to be fairly valued at a multiple of 10 times annual cash flow per share. With Yamana expected to bring in north of $1 in cash flow per share in 2021, its share price of $6 makes it one heck of a bargain.

Last but certainly not least, brand-name and generic-drug developer Teva Pharmaceutical Industries (NYSE:TEVA) could be in for a bounce-back year.

Like Wells Fargo, there’s a good reason cheap stocks are cheap. In Teva’s case, it’s because the previous management team buried the company in debt. It also has to do with a handful of lawsuits the company is facing concerning generic drug price-fixing and its alleged role in the opioid crisis.

While defending itself against lawsuits is far from ideal, Teva’s new leadership has been a game-changer. Kare Schultz, who took over as CEO in November 2017, is a turnaround specialist. In three years, Teva’s annual operating expenses have been slashed by $3 billion. Additionally, the company’s net debt has been reduced in excess of $10 billion to less than $24 billion. By 2023, Schultz may have Teva’s net debt below $15 billion. As CEO, Schultz has given Teva more financial flexibility without compromising its ability to generate $2 billion or more in annual operating cash flow.

Teva also finds itself on the right side of history. America is aging, and brand-name drug-list prices keep moving higher. It’s a virtual certainty that generics are going to play a large role for aging boomers in the decades to come.

5 Minimalist Investing Tips for 2021 and Beyond

Sat Jan 9 , 2021
Despite what talking heads on TV, your neighborhood life insurance salesperson, or ads from financial advisory companies would have you believe, you really don’t need a huge variety of financial products. When you make a plan for your finances in 2021, a great first step would be to minimize complexity. […] 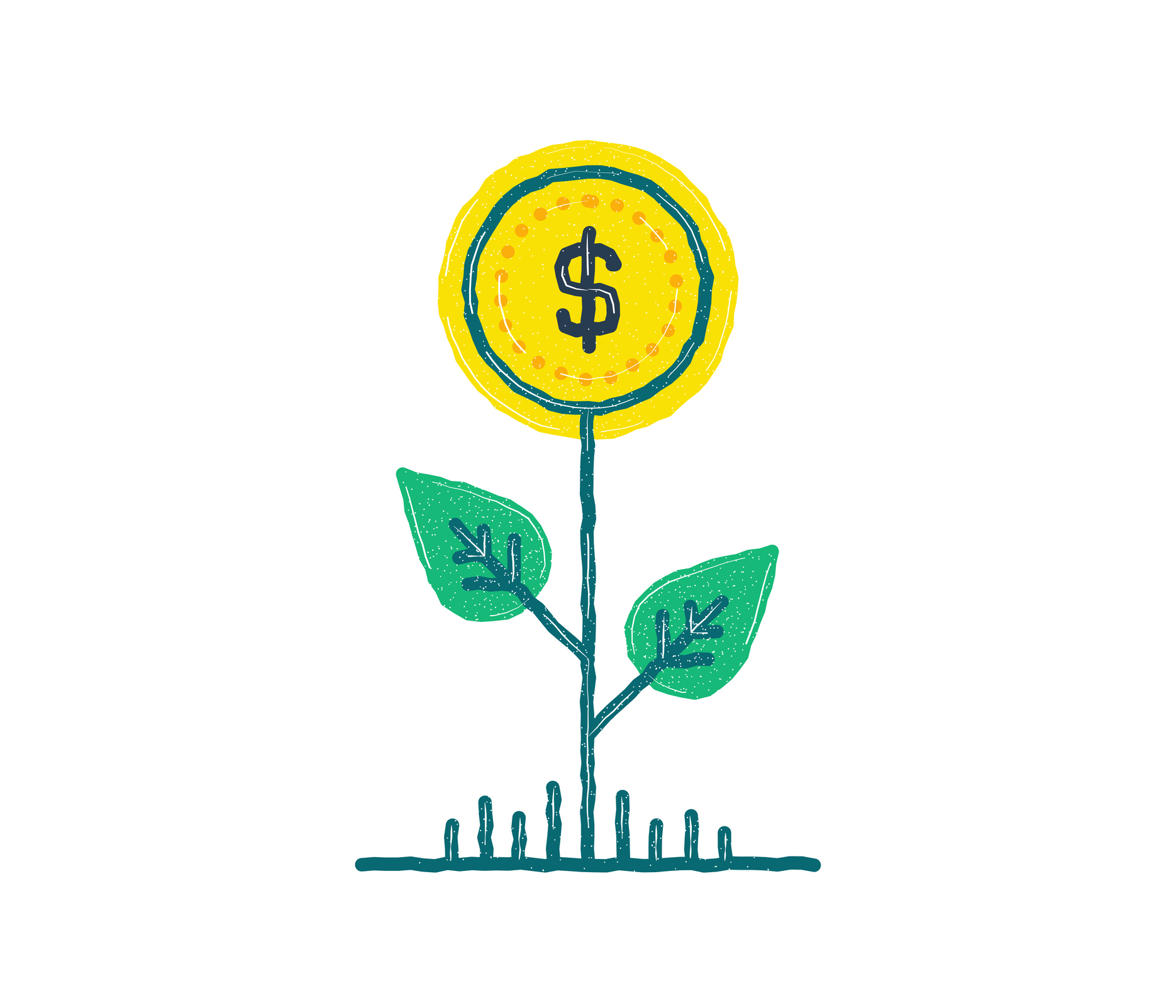