Investors are continually on the hunt for hot stocks. The logic is sound: stocks that have been hot, should continue to be hot.

Despite all the chaos that has marked 2020, the markets have fared well. The Nasdaq Composite is up 32% year-to-date. The S&P 500 is up about 10%. Investors know the same is true across major indexes and there are currently lots of hot stocks to consider.

For investors there are plenty of opportunities available right now. Most of us will happily say good riddance to 2020. In 2021 we’ll have lots of changes. The pandemic will drag on for at least the first few months, consumption pattern shifts catalyzed by it will be forever changed. A new political landscape will begin to emerge. Markets will be affected.

Investors have a lot to digest in order to decide which stocks to buy now to capitalize on all of those factors. But first, investors must consider external cues in the macroeconomic context. Then investors need to find equities with fundamental characteristics that should be able to capitalize on those overarching trends.

Consider these hot stocks to buy before 2021, because they have exactly that mix of the right stuff.

Mondelez is a CPG stock with a strong bull thesis behind it now, going into 2021, and post-pandemic. Now consumers need packaged goods as much as they ever have before. People simply are not going out to eat, and with a surge in coronavirus numbers they aren’t going to any time soon.

Going into 2021 the pandemic will clearly continue on. Experts generally believe a vaccine will be available sometime in early to mid-2021. Therefore, many of the same reasons Mondelez is hot now will persist. Simply put, consumers are going to buy more packaged goods for at least a few months more.

However, investors would be well-served to consider how hot stocks like Mondelez will fare after the pandemic. The question is simple: is Mondelez going to be strong when everything settles in a post-pandemic world? I’d say that it is very likely to. Wall Street certainly seems to think so as just about every analyst rates it as a buy.

The macroeconomic reason is clear: global snacking is accelerating. In fact, Modelez commissioned a ‘State of Snacking’ report done in conjunction with Harris Polls. The report highlights the fact that 88% of adults globally are snacking more during the pandemic. But it also notes that 7 in 10 will continue shopping online for snacks in the wake of the pandemic. It’s safe to say that Mondelez will have no shortage of revenues anytime soon.

Johnson & Johnson can still make waves in the pandemic as it relates to a vaccine. The company recently announced that it will invest more money into Phase 3 vaccine trials.

JNJ stock includes Janssen pharmaceuticals under its broad umbrella of assets. Janssen, along with the Department of Health and Human Services, have agreed to commit over $1 billion to evaluate Janssen’s Covid-19 drug. The Phase 3 trials will be undertaken on 60,000 patients with a single dose of vaccine being administered.

Investors are wondering at this juncture if companies like Pfizer (NYSE:PFE) and BioNTech (NASDAQ:BNTX) or Moderna have already won the race to a vaccine. I would venture to guess that that is very unlikely.

And even if Pfizer, BioNTech, and Moderna do provide the vaccines that take us out of this pandemic, companies will need to produce the related paraphernalia to do so. That is another reason that JNJ stock makes sense.

Investors are quick to chide Johnson & Johnson for being a big, slow conglomerate beset by unwieldiness. And I’ll admit that such claims aren’t unwarranted. However, its diverse assets shield it in many ways and I look at it as one to consider because of its stability.

The company has a high return on invested capital owing to its long time operations and knowledge of what works. That also means it probably can’t rocket upward quickly, but don’t worry. The company’s continuous dividend since 1963 now returns over $1 per quarter. And if stable stocks come back into fashion, JNJ stock will rise too.

Investors who’ve been following NIO this year know that it has skyrocketed. The company has two megatrends backing it as a strong bet into 2021: the mass adoption of EVs and China’s emergence as a powerhouse economy.

Year-to-date, NIO is up a whopping 1,129%. The proverbial $10,000 investment would now be worth nearly $110,000. But NIO’s gains aren’t simply a product of it having megatrends behind it. The company has been steadily doing what it needs to do in making sales and achieving sales records.

The company recently released strong delivery figures at the beginning of November. October 2020 was a strong month for NIO:

Tesla is another EV company that has had an amazing year. Its rise hasn’t been as meteoric as that of NIO, but it is up 491% year-to-date. That is incredibly strong given that it produced over 145,000 vehicles in Q3, and delivered more than 139,000.

I do worry that the company may be overvalued with a P/E ratio that is over 900x. However, I take it as a sign that market adoption of EVs has taken off, and investors want to reward the company that is leading the way.

Given that TSLA stock has risen as much as it has this year, most market analysts would hesitate to sell it now. Clearly Tesla is a value investors nightmare, but it really doesn’t matter. The world, and the investment world in particular, can’t be distilled down into numbers that perfectly predict human behavior.

Humans are interested in progress and will reward those who achieve it. That’s among the reasons investors have watched TSLA stock run as high as it has. So, even if the markets at large become more value oriented — and I don’t think they will until next year — Tesla is going to make more fundamental sense in the coming quarters and years as its business model really gains traction.

Moderna hopes to file for regulatory clearance for its vaccine this month. The company’s two-dose vaccine, currently in final stage testing on 30,000 people, is being co-developed with the U.S. National Institute of Allergy and Infectious Diseases (NIAID).

Moderna could potentially begin vaccine distribution some time in November or December depending on regulatory approval and other factors. The company could produce between 500 million to 1 billion doses beginning in 2021.

Clearly it is much more of a pure play on a vaccine than JNJ stock listed above. And given that positive results could be released any day now, this is certainly a stock to consider before 2021.

For investors who get in now, CEO Stephane Bencel’s predicts: “I believe that if we launch our COVID-19 vaccine, 2021 could be the most important inflection year in Moderna’s history. We will have the resources to scale Moderna to maximize the impact we can have on patients in the next 10 years through numerous new medicines.”

Given recent news, it does look to be closer to becoming reality.

Workhorse has been a much talked about company in 2020. It is carving out its own unique path in delivery vans within the EV niche. However, it’s been a bumpy ride filled with regulatory hurdles and price volatility.

But there are a few big reasons why I think Workhorse is going to make a lot of sense before the end of 2020. More immediately, there is the USPS contract to overhaul its aging fleet of delivery vehicles. A lot has been written about Workhorse and its chances, but markets still have little concrete evidence.

Reports speculate that the already-delayed contract decision could be delayed again. However, many pundits believe that Workhorse’s vehicle best fits the bill as an all electric vehicle. If Workhorse does win, the 180,000 vehicles in need of replacement will mean a large and reliable revenue stream for the company for some time. When USPS will make a decision is also a point of speculation, but reports indicate that it could very well be some time in December.

The other overarching catalyst is that Biden will be taking office in January. He’s made it no secret that he likes electric vehicles. He also stated that he hopes to replace government fleet vehicles with EVs. So, if Workhorse secures the USPS contract, that’ll certainly place it in a strong position to serve further government fleet electrification initiatives. The result could be a cascade of contracts that will put Workhorse in production on a massive scale.

I can’t speculate just how much that would move WKHS stock upward, but it’s likely to be a significant amount.

Amazon is likely not going to find itself in any antitrust trouble soon. Many pundits have spoken of the risk that tech giants would face more severe scrutiny under Democrats for the past year.

I don’t necessarily believe that a Democrat-controlled Senate would have pushed for litigation in any case. But that doesn’t matter because Republicans have Senate control. This is going to serve as a buffer against any such bills.

I’ve personally always believed that tech giants like Google (NASDAQ:GOOG, NASDAQ:GOOGL) and Facebook (NASDAQ:FB) were the more likely tech giants to face scrutiny given their businesses. Amazon doesn’t touch on free speech, communication, and political themes to anywhere near the degree that the other two do.

The past two quarters have seen EPS earnings beats for Amazon that simply make AMZN stock extremely attractive. Yes, the pandemic has served as a steroid injection for Amazon’s bottom line. But the company was only going to continue to be a consumer favorite regardless.

On the date of publication, Alex Sirois did not have (either directly or indirectly) any positions in the securities mentioned in this article.

The post 7 Hot Stocks to Buy Before 2021 Ushers in Change appeared first on InvestorPlace.

How To Avoid Black Friday Scams In Castro Valley

Tue Nov 24 , 2020
CASTRO VALLEY, CA — Holiday shoppers in Castro Valley and across America are gearing up for another busy winter season; but before jumping on Black Friday and Cyber Monday deals, it’s important to be aware of common scams that resurface at this time of year. Scammers have been busy all […] 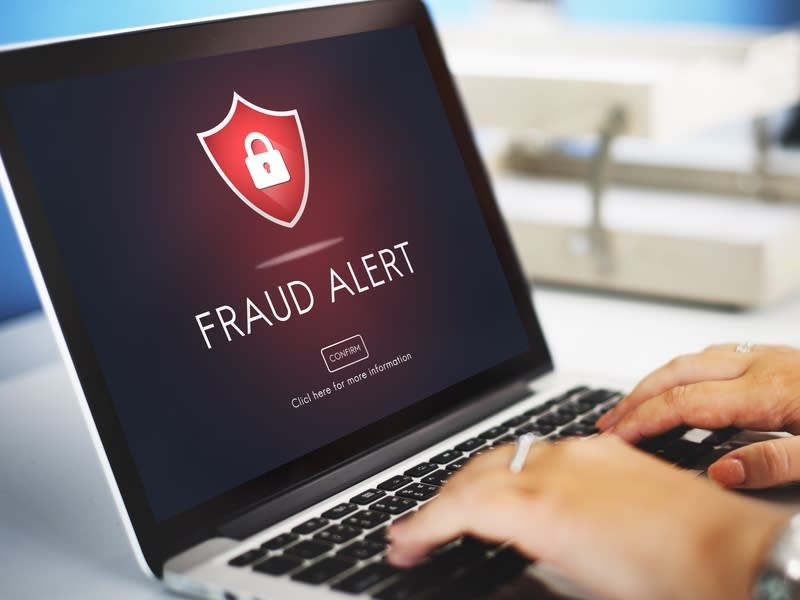