As the year comes to a close, it’s common for American’s to make a New Year pledge to address a key problem they faced. Let’s hope all Americans will make a pledge to take the Covid-19 vaccine and act safely to blunt the spread of the disease. But each of us will also be affected not just by our own pledges and those of our friends and family, but by pledges made by government and business leaders. U.S. higher education institutions and the next generation of American’s face a crisis that goes far beyond classroom closures and a switch to remote learning. Here’s another very important 2021 New Year’s pledge that officials can make: address the dramatic and unprecedented drop in college enrollments caused by the ongoing pandemic.

Fewer students attending college will inevitably result in a widening of a disturbing earnings gap. Americans with a college degree earn significantly more than those with only a high school diploma—84% more over their lifetime. If nothing is done millions of students will be deprived of the degrees needed to move out of a low wage life into the middle class. Our nation’s colleges will be forced to cut some of the most effective degree programs because of lower enrollment and lower tuition. U.S. employers who desperately need higher skills and better educated workers will be deprived of the skilled employees they need to thrive, threatening their economic growth. Americans will be impacted with loss of tax revenues caused by fewer and fewer earning a living wage, which will extend the impact of the pandemic for years to come.

Government and education leaders should make a pledge to work together to significantly ramp up federal support for higher education programs, especially those focused on lower income students to end the decrease in college enrollment. The new Congress should move expeditiously to reauthorize the Higher Education Act, which has been temporarily extended since 2008 due to partisan bickering. Congress can also increase both the amount and the size of Pell grants, Federal College Work Study programs, and all higher education funding, which has been far from a priority. At the state level as well funding for higher education is 18% lower than it was 20 years ago while other government expenditures have increased.

Funding under the Higher Education Act could also be used to expand programs like P-TECH and early college high schools where students earn college credit through their coursework while still in high school. This would ensure more students actually get their degrees. More targeted federal funding to provide students the devices and connectivity they need to make college more accessible and add funding to develop more high quality online course content would also help.

Recent donations by mega-philanthropist Mackenzie Scott to a select few colleges and especially historically black colleges are certainly helpful, but it doesn’t come close to addressing the huge problem caused by a lack of reliable and sustained public funding. Short-term emergency stimulus must also make education a priority, but to address this looming threat of enrollment decline, a comprehensive and longer term effort to solve this problem is needed.

A comprehensive solution must also be embraced by employers who will be severely affected by a decline in college enrollments. Some employers are continuing their college tuition assistance programs for employees despite the economic slowdown. This too will ease the tuition burden on high school graduates. Companies can also expand tuition benefits by offering more paid internship opportunities as IBM has done especially for high school graduates before they get their degrees. An employer pledge covering tuition and internships for 2021 would be important to significantly expand and enhance public private partnerships designed to get more students enrolled in and completing college degrees to move into the workforce.

A high school diploma is necessary, but far from sufficient, to secure the jobs of the future. Let’s end 2020 by focusing what we can do together to put this year behind us and focus on the promise of the year ahead.

Stanley Litow is a professor at Duke and Columbia universities, and serves as innovator-in-residence at Duke. He is a trustee and chair of the Academic Affairs Committee at the State University of New York. He previously served as deputy chancellor of schools for New York and as president of the IBM Foundation.

Mon Dec 28 , 2020
A bead shop has rolled into Huntington. Some of you might be surprised to know that specialty shops exist that literally sell only beads and the tools one needs to make beaded jewelry. Michelle Sepanski opened Bead Utopia at 444 W. Jericho Tpke., Suite H, in Huntington on Nov. 11. […] 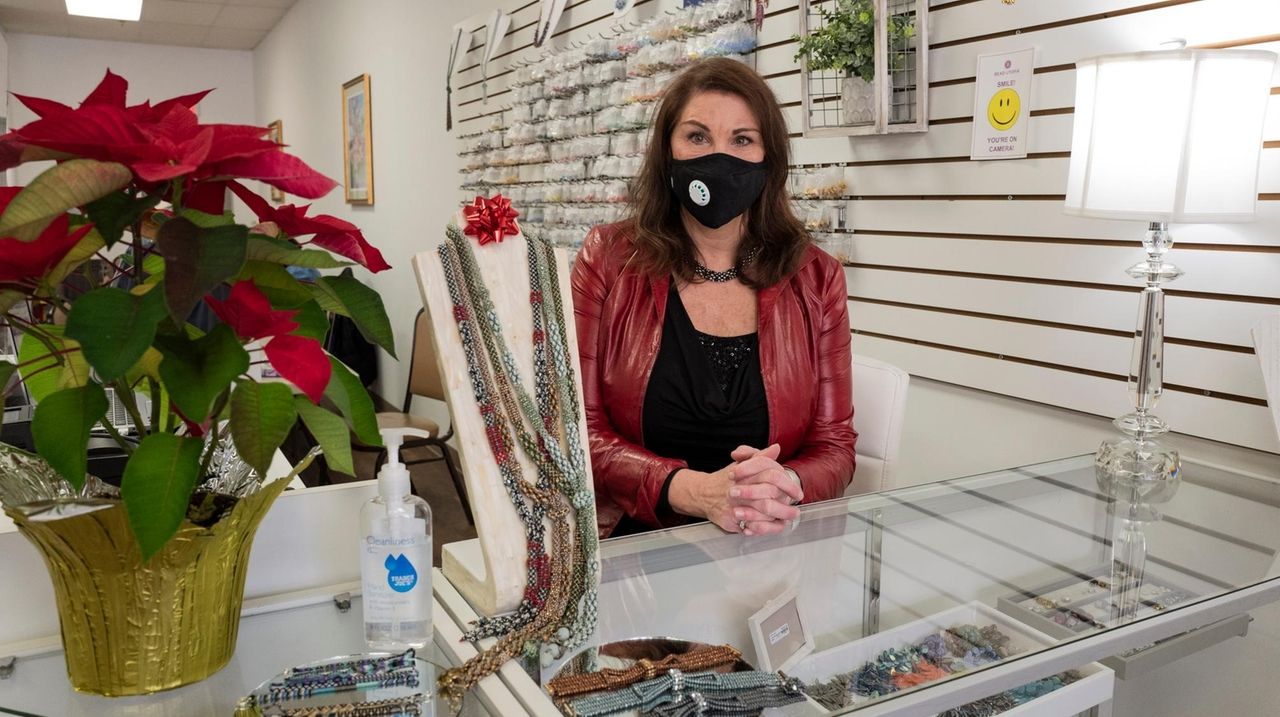