Today, two surgeons will operate on a tumor just millimeters away from the brain I use to feed my family. The path to this has made much of what I do as a political ad-maker real and relevant — and convinced me of the changes we do and do not need in American health care.

My story is a testament to the amazing healing power the American free market can unleash, at warp speed — ribboned with cautionary evidence about the compelling need for more patient advocacy in a system that’s become too much of an oligopoly.

On Aug. 16, I realized I needed to see an otolaryngologist (ENT) for recurring sinus problems. I did some internet research, found an ENT, and got a referral and an appointment via computer app within 48 hours. My ENT was diligent, prudent and expeditious; I got a CT scan on the same day I saw him and, within 13 days, I had an MRI, then a surgical biopsy scheduled just seven days later. The biopsy came back on Sept. 16, and I had to tell my wife I have cancer. Millions of people all over the world have had that conversation, but very few have been lucky enough to do it within 30 days of seeking a doctor’s appointment.

In Canada’s single-payer, government-run health system, according to the Fraser Institute, the median wait time to see a specialist is 20.9 weeks. Here, I got to a specialist in two days.

The contrast between the care I’ve gotten and what I’d have gotten in Canada in the next 15 days after my diagnosis is even more remarkable. In that span, I had two appointments, one in person and one virtual, with the nationally renowned surgeon who’s going to save my life today. I’ve had a virtual appointment with the Ivy League-educated brain surgeon who will be on standby to assist. I’ve gotten a battery of new scans and a litany of lab work.

Canadian patients wait 4.8 weeks for a CT scan and 9.3 weeks for an MRI. In British Columbia this year, the median wait time for nasal cavity surgery is 24.6 weeks. My scans and surgery will have been diagnosed, ordered, scheduled and completed in barely two weeks combined.

The reason the math is on my side is that I live in the United States. We not only found my cancer early but the innovation-based American health care system that we all take for granted was flexible enough to respond to the pressure I applied to make it move urgently.

Bernie Sanders100,000 register to vote in 24 hours as part of YouTuber’s Tesla giveaway Democrats say Biden survived brutal debate — and that’s enough The Hill’s Morning Report – Fight night: Trump, Biden hurl insults in nasty debate MORE (I-Vt.), would junk our innovation system immediately; others prefer a transitional period they call “the public option,” allowing the government to slowly choke out all private options. The most cautious Democrats merely ask to “strengthen” the Affordable Care Act, a framework that has steadily built out the decision umbrella of the federal government, implemented more strangling regulations, and cemented incentives for monopoly control that will become government control by another name.

Democratic politicians want us to end up with a Canadian-style system that would have found my tumor later, treated my cancer more slowly, dramatically decreased my odds for survival — and left me with no option to affect the timing of any intervention. In other words, the political ads I’ve made, assailing the Democrats’ socialistic health care policies, were true — and I’m going to live to prove it.

But I’ve also seen firsthand that arguments made by Trumpian populists and Democrats alike, critiquing our oligopolistic system, also are true. Insurance companies are part of the problem and need reform — and more competition.

My insurer has nearly as big a stake as I do in surviving: If my cancer is eradicated early, it saves money; if I avoid radiation, it saves money; if this goes smoothly enough to keep my kids out of counseling, it saves money. My insurer needs my health restored as quickly as possible — just like I do. Yet, since this process started, it has played no proactive role in speeding my treatment. At times, its policies have been speed bumps I had to overcome, some of them inane.

As a crisis-communications planner, I was comfortable in my new role as patient advocate. I mastered arcane rules, sought out the myriad of scheduling options across the covered providers, and didn’t take “no” for an answer. I retrieved my tumor sample from one hospital and had it hand-carried to Johns Hopkins in Baltimore, to avoid any delay. I utilized five facilities in the Johns Hopkins system and three in the Inova Health system in Virginia to make things happen fast. I researched covered providers, used every trick in the book to get appointments. I located other medical experts to learn what questions I should ask, what pressure I should apply.

But this process would have been as baffling to my grandfathers, both factory workers who never went to high school, as their ability to slickly repair a carburetor was to me. My late mother, a schoolteacher who died from breast cancer, grasped the system’s complexity when she was sick but wasn’t as comfortable with confrontation as I am.

In our oligopoly health care system, just a click away from the disastrous monopolies in Europe and Canada, all patients must be their own advocates. They must learn their diseases, map the treatment possibilities their insurance affords, and then push to maximize the speed and quality within that map. It’s a big, complicated job. Those not suited to learn the corners, and to get over the barriers imposed by government and insurance regulations, will not get the care they need in the time they most need it. It’s not because their insurance companies are motivated to deny them healing, as Democrats allege; it’s because our system funnels those companies’ business automatically and guarantees them payment whether or not they make us well. The government — as paymaster, market-maker and regulator — is the single biggest constituency for any insurer.

The problem in American health care is not too much competition, as Democrats say — it’s too little. The problem is not that profits are allowed — it’s that they’re linked to patient volumes, not health outcomes. My insurer is one of the franchises that, as a group, control 46 percent of large-company policies in America; the next four largest companies control 39 percent. When market shares are that large, profits are certain for all companies involved, and they tolerate strangling regulations as merely a cost of doing predictable business. Benefits, and practices, become standardized; incentives to end disease swiftly, and to deliver customer satisfaction, diminish. It’s not the fault of the profit-makers; it’s the fault of the system we’ve built.

Monopoly health care would be disastrous for America. If liberals win in November and succeed in implementing their socialistic vision, the person who gets a rare cancer like mine will fare worse than I have. But oligopolies are problematic, too — and if Republicans retain their seats, they’d better get serious about undoing the oligopoly and fixing the incentives to align those with urgent, simple patient well-being.

I’ve now been through enough to fully grasp what’s right about our health care system — and to be deathly scared about what’s wrong. Let’s save the life-preserving, profit-motivated good parts and get rid of the bureaucratic, oligopolistic bad parts — to avoid the unhealthy Canadian-style mediocrity that Democrats desire.

Brad Todd is a Virginia-based Republican strategist and ad-maker and the co-author of “The Great Revolt: Inside the Populist Coalition Reshaping American Politics” (2018).

Why prioritizing time is more valuable than saving money

Fri Oct 2 , 2020
Ashley Whillans is an assistant professor at Harvard Business School and a leading scholar in time and happiness. The following is an excerpt from her book, “Time Smart: How to Reclaim Your Time and Live a Happier Life.” In it, she shares how individuals of all ages, educations, and incomes […] 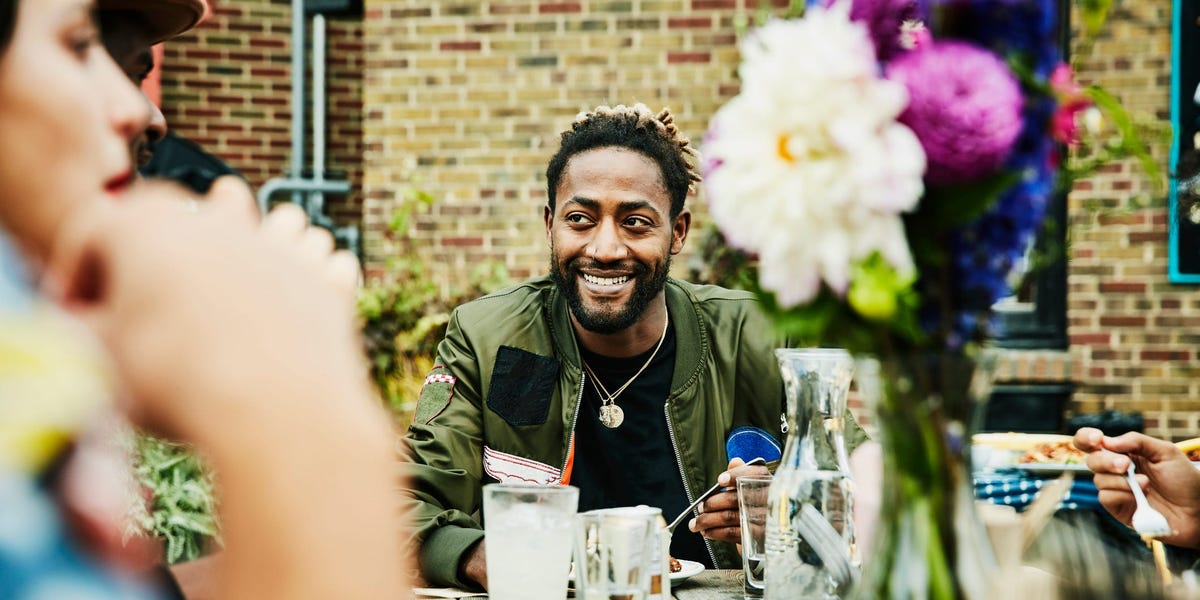