Homeowners and would-be homebuyers have found today’s deeply cheap mortgage rates impossible to resist and have stepped up their borrowing, a lenders trade group says.

Rates have been dropping from one record low to another — in multiple surveys — as part of the financial fallout from America’s worsening coronavirus epidemic. The numbers of cases and deaths have been rising in multiple states, causing investors to worry that it’ll take a long time for the U.S. economy to get back on its feet.

As a result, mortgage rates that are lower than ever are allowing both new borrowers and refinancers to score loans offering huge monthly and lifetime interest savings.

Mortgage demand increased last week as rates on 30-year mortgages plummeted to a new low in the MBA’s weekly survey: an average 3.26%, down more than one-half of 1 percentage point from late March.

“Mortgage rates declined to another record low as renewed fears of a coronavirus resurgence offset the impacts from a week of mostly positive economic data, such as June factory orders and payroll employment,” says Joel Kan, the MBA’s associate vice president of forecasting.

Other surveys of mortgage rates have turned up much lower averages than the MBA’s. Mortgage company Freddie Mac — which has been monitoring rates for nearly 50 years — reported that 30-year loans dipped last week to a new record of 3.07%, on average.

Meanwhile, Mortgage News Daily says its survey of lenders shows the typical rate has plunged to an unbelievably low 2.92% this week.

Rates have been cratering as investors who are unnerved by COVID-19 have been yanking money out of stocks and putting it into Treasury bonds as a safe haven. That’s caused bond prices to soar, and their interest rates — or yields — to shrivel. Mortgage rates have been doing likewise.

Homebuyers have to house-hunt before they borrow

Mortgage applications to buy homes jumped 5% last week to the highest level in nearly a month, and were up 33% from a year ago, the MBA says.

Many homebuyers are having a tough time finding something to buy in their price range. Last week, the number of homes listed for sale nationwide was down 31% compared to the first week of July 2019, Realtor.com reported Thursday.

“Many sellers who had planned to sell this spring put plans on hold as the virus broke out, and many sellers don’t want a lot of buyer traffic through their houses during the pandemic,” explains Corey Burr, senior vice president with Sotheby’s International Realty in Chevy Chase, Maryland.

“This has led to fewer houses on the market and intense buyer demand for those that do come on the market,” Burr says.

Homeowners are taking advantage of sharply reduced mortgage rates, too, though refinance applications last week were up just a slight 0.4% from a week earlier. Even so, demand for refi loans was more than double what lenders were seeing last year at the same time.

Refinances were responsible for 60.1% of last week’s mortgage activity, down from 61.2% the previous week, reports the MBA.

As rates go lower and lower, the field expands of homeowners who should seriously consider refinancing — and more of them miss out on the potential savings.

Some 16.3 million mortgage holders have loans that are worth refinancing and could each save an average $283 per month, the mortgage data firm Black Knight reported earlier this month.

You’re in a good spot to refi if you can cut your mortgage rate by at least three-quarters of a percentage point (0.75), have a credit score of 720 or better, and hold at least 20% equity in your home, Black Knight says.

So, if you’re a homeowner and your current mortgage has a rate that’s close to 4% or higher, it’s time to trade it in. Go online, check out refinance offers from multiple lenders, and if you find a rate that would work for you and provide substantial savings, snap it up.

Be sure to shop around for your homeowners insurance, too. When it’s time to renew your policy, go online, get several home insurance quotes, and make sure you’re receiving the best deal on your coverage.

I'm running a 'Common Sense Camp' for my kids this summer

Thu Jul 9 , 2020
Oona Hanson is an educator based in Los Angeles, California. Her story “I’m Running a ‘Common Sense Camp’ for My Kids This Summer,” was originally published on Forge by Medium in June, and is reprinted here with permission. One of my favorite single-panel comics from Gary Larson’s “The Far Side” […] 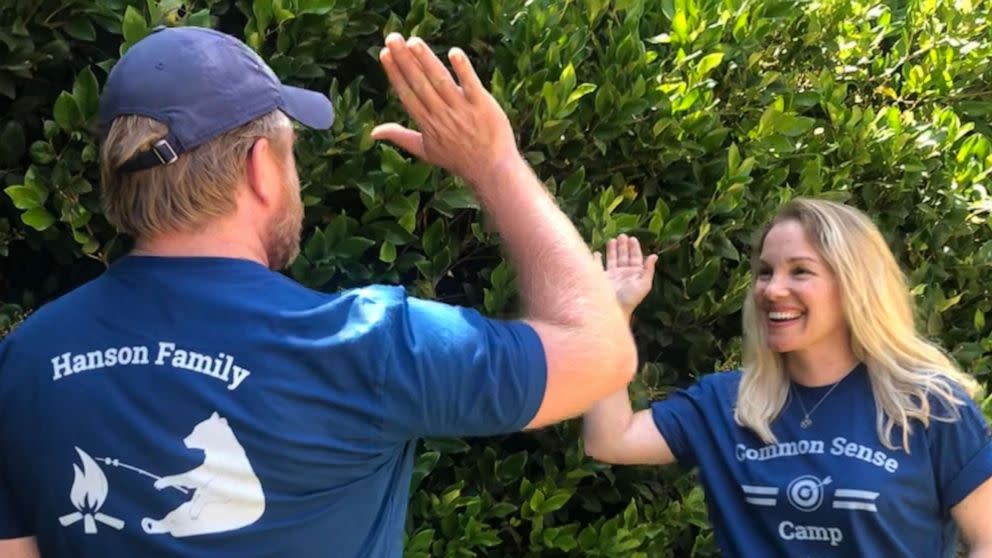