All eyes were on the Chinese financial technology company Ant Group last week as it was gearing up for the world’s largest IPO until it was abruptly suspended.

According to a Wall Street Journal report Thursday, China’s President Xi Jinping had direct input in grinding the IPO to a halt in what has become a major sign of China’s ability to disrupt the plans of even one of the nation’s largest private companies.

Its IPO debacle aside, Ant is obviously still a big deal — and it largely has its crown jewel to thank for that: an app called Alipay.

Alipay was originally an escrow payment service for Alibaba, Jack Ma’s ecommerce leviathan that some have called the “Amazon of China.” It was eventually spun out and has transformed into a giant in its own right. It’s also still the only way customers can check out on Alibaba’s retail sites, Taobao and Tmall.

“It’s like imagining a combination of some of the most popular American apps, all strung together in a seamlessly integrated way but with finance tied to it,” Eric Schiffer, CEO of private equity firm The Patriarch Organization, told Business Insider.

There’s a Venmo-like payment feature that lets you send money to people and a PayPal-style service for making online payments. It lets you store money in a checking account, buy and manage insurance, receive financing, get a credit card, and even hail a taxi. You can also use the app to pay the bill at restaurants and other participating businesses by simply scanning a QR code, a feat that has bolstered Alipay’s widespread adoption in China.

Imagine it as a do-everything app that you can use to manage financial milestones from adolescence into retirement. Your parents could give you an allowance through the app, you could get your first credit card through it, buy a car, and pick auto insurance.

“There’s no Progressive or Geico,” Capital CEO and cofounder Blair Silverberg told Business Insider. “None of the 30-plus stops that you stopped at along the way of your financial life — you don’t make any of those, it all happens through the app.”

Hundreds of millions of Chinese citizens don’t use what you would think of as a traditional financial service or even have a credit card, and Ant Group has met them more than halfway.

The online financial world as it currently stands can be “a totally fragmented universe,” Silverberg said. “And if that were all in one place, like the button on your phone, that’s kind of what Ant Financial has created.”

Alipay also makes it easier for more people to obtain credit thanks to its algorithm, which can qualify people who wouldn’t normally be qualified based upon traditional creditworthiness risk profile, Schiffer said. And consumers are going to gravitate toward services that can more easily provide them with financial opportunities without going through hoops.

“The smart fintechs of the future, and Ant being one, will be proactive in how they look at not only democratizing credit profiles but also providing opportunities to funding,” Schiffer said.

Alipay is not ingrained in American consumer culture as it is in China — Americans can’t use Alipay without a Chinese bank account, and the Trump administration has reportedly floated a ban on the company as it continues to crack down on Chinese apps and services, like TikTok.

The Wall Street Journal has reported that Ant Group had always intended to skip over the New York Stock Exchange and only file to go public in Shanghai and Hong Kong. But US-China relations have grown increasingly strained in recent months, a fact that Schiffer said likely did play a role in Ant’s decision.

“I think they wanted to be careful to not become the enemy of regulators by flaunting the massive raise on US soil,” Schiffer said.

But as Ant’s IPO plans stand now, they may not resume for another six months in China. And even when they do, Ant will likely not list as the fintech disruptor it was predicted to be. Instead, the company will likely rely more heavily on conservative banking methodology to comply with China’s new regulations on microlending.

“The pure-play fintech is out the window — that’s dead and buried,” Schiffer said.

How the Swiss Cheese Model Can Help Us Beat Covid-19

Sat Nov 14 , 2020
In hopeful news this week, Pfizer and its partner, BioNTech, released interim results from an ongoing trial of their candidate coronavirus vaccine. The study involved 43,538 volunteers who were randomly assigned either the vaccine or a placebo. The rates of infection were small for both groups, but those who got […] 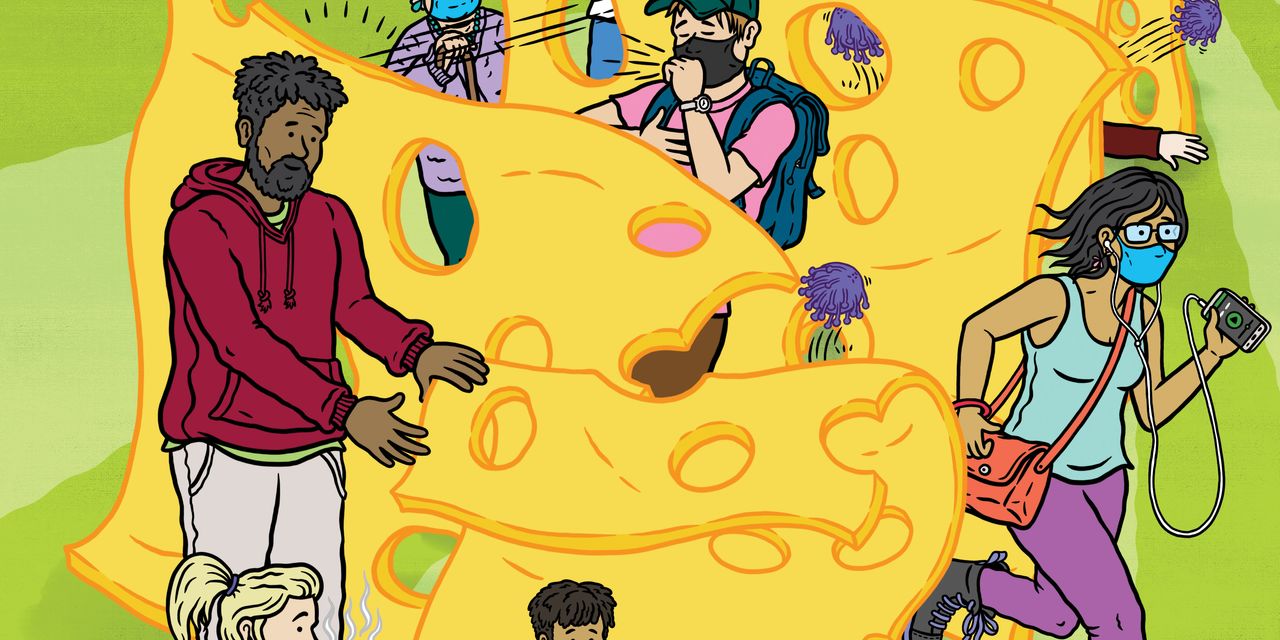