Home and car insurance firms are set to be banned from charging existing customers more than new ones, under a watchdog’s “radical” plans that could save customers £370m ($473m) a year.

The Financial Conduct Authority (FCA) announced a proposed crackdown on “harmful pricing practices” on Tuesday, as it unveiled a consultation on plans to shake up the home and car insurance industries.

Around 6 million customers pay “high or very high” prices for such insurance, according to the FCA. They would save a total of £1.2bn a year if they paid the average cost for customers of the same risk level.

“The FCA is proposing that when a customer renews their home or motor insurance policy, they pay no more than they would if they were new to their provider through the same sales channel,” said the financial regulator.

“For example, if the customer bought the policy online, they would be charged the same price as a new customer buying online.”

Firms will be free to set new prices — suggesting firms could simply hike all prices to avoid taking a hit from the changes — but will also be prevented from so-called “price walking.” This involves gradually increasing renewal costs for consumers over time beyond levels linked to customers’ risk.

The FCA has published a report on its study of the market, and highlighted its concerns that the sector is “not working well for consumers.”

Firms are accused of using “complex and opaque pricing practices” that allow them to raise prices every year for existing customers.

“While some people shop around for a deal, many others are losing out for being loyal,” said the watchdog in a statement. “Firms target price increases on consumers who are less likely to switch and use practices that make it harder for people to leave.”

But the FCA also found evidence firms did not even offer regular switches their lowest prices.

Further measures likely to be announced include making it “simpler” to stop policies renewing automatically, and forcing firms to share data with the FCA to check compliance. New rules could also require firms to “consider how they offer fair value to all insurance customers over the longer term.”

Christopher Woolard, interim CEO of the FCA, said: “We are consulting on a radical package that would ensure firms cannot charge renewing customers more than new customers in future, and put an end to the very high prices paid by some long-standing customers.”

The FCA hopes the measures will boost competition in the sector, and “ultimately” lower average prices. It estimates the proposals will save customers £3.7bn over a decade.

A consultation asking for views on the reforms is now open until January, and the FCA’s final decision on new rules will be confirmed next year.

Tue Sep 22 , 2020
The UK arm of shoe retailer Deichmann has defied the gloom on the high street to record higher sales and commit to opening more shops. Expansion plans by the family-run business, which is headquartered in Germany, were outlined as the UK division filed accounts that showed turnover here in 2019 […] 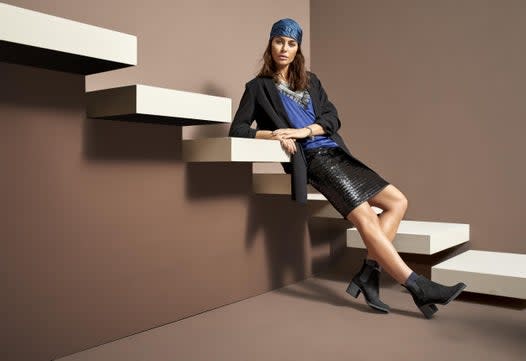