A Soviet adage suggests Westerners play chess proficiently through the opening and middlegame, only to be overtaken by a surprisingly offensive Soviet endgame. In the days ahead, Russia might stage a come-from-behind endgame attack in the aftermath of the U.S. election, promoting division and doubt in our democracy by contributing to a false narrative that the contest was “rigged.” Americans playing through to checkmate will have to depart from our usual tradition of assuming that our civic duty ends the moment we cast our ballot.

Going into this endgame, Moscow is losing. With the voting process wrapping up on Tuesday, Russian interference in the election outcome appears to have been less effective in its tactical objective of reaching enough voters to stand a decent chance of influencing who wins. 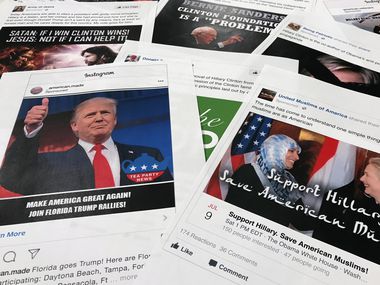 The Kremlin did make a range of aggressive moves over the past year, from a Russian agent laundering disinformation through U.S.-based intermediaries to junk news websites and fictitious online personas, often spotted by the FBI and taken down by the social media platforms before they gained much traction.

But fortunately, the U.S. election is a harder target in 2020 than it was in 2016. U.S. institutional defenses are more resilient, from stronger state and local cyber detection systems to a generally more judicious media environment. Moreover, at the same time as losing the element of surprise has rendered Russia’s tools less powerful, most current polling levels suggest that it might be harder now than in 2016 for any single factor to potentially swing the result.

However, Russian support for any given candidate has only ever been a means to an end. Even in the 2016 election, Russia’s interference campaign was strategically designed in 2014 and 2015, according to a report from the U.S. Director of National Intelligence, to “undermine public faith in the U.S. democratic process.” Only later, in 2016, did Russia develop its tactical preference in favor of a candidate.

Russia, and to a less threatening degree, Iran, could still accomplish their ultimate strategic objective of undermining U.S. democracy with bold endgame moves in the hours and days after the polls close. U.S. officials worry that Russian groups may well sow chaos and doubt about the integrity of the results, running a version of an information operation they had planned for the days after the 2016 election if Hillary Clinton had won. This may involve defacing websites or releasing nonpublic information (such as data that might at least appear to have been stolen from state and local election networks), providing seeds of doubt for the losing campaign to seize upon and reject the legitimacy of the winner.

Such manipulation soon after voting ends may well be the real threat to this election. Whereas Russia’s moves to influence actual votes faced a hard-target surface, Moscow will enjoy softer targets among Americans susceptible to perception hacking, which involves peddling a false perception that the election has been compromised. Trump’s statements over the past several months have primed many Americans to question the integrity of mail-in voting and the likelihood of a “rigged election,” which could potentially serve as a false pretense to contest the result.

The chess analogy is not perfect, because sovereign elections are not games and Russia has no rightful role in a match among Americans. And most critically at the moment, unlike with moves on a chessboard, Americans have a say in whether we will fall for deception and we have good sources of information to avoid doing so. We can refuse to believe unsubstantiated and politicized claims of fraud or interference, instead choosing to wait patiently for credible and transparent information from the cohort of world-class pros who are administering and defending the election.

With regards to election outcomes, authoritative results come from state and local election officials. As for notifications about foreign interference, the public should wait to hear from three U.S. federal agency directors who have played it straight with the American people throughout this election season: FBI Director Christopher Wray, Homeland Security’s Cybersecurity and Infrastructure Security Director Christopher Krebs, and National Counterintelligence and Security Center Director William Evanina.

Americans have never been particularly good at patience. But in order to make us lose confidence in our democracy, authoritarians with endgame maneuvers might rely on our usual habits of anxiously watching for immediate results, sharing rumors that might fulfill our hopes, and giving unverified accusations of impropriety the benefit of the doubt as a legitimate side of the story. Krebs recently warned the public: “Remember, our job’s not done on November 3. In the days and weeks that follow, we will see efforts to delegitimize the process. Don’t fall for it.”

This is an endgame that we can win by keeping full faith in objective truth and the institutions of American democracy.

Josh Rudolph is the fellow for Malign Finance with the German Marshall Fund Alliance for Securing Democracy.

Got an opinion about this issue? Send a letter to the editor, and you just might get published.

Want To Look Up Your Voting Record? Here Are All Your Options