The appellate panel, which dispatched appeals from both sides in the dispute, also ruled that parish government can continue to pursue a trial over claims the insurer has been acting in bad faith by refusing to pay those bills.

In finding for parish government, the Louisiana 1st Circuit Court of Appeal overturned a lower court judge on the bad faith claim but upheld that same judge’s finding that Berkley’s policy had covered Matassa’s legal bills of nearly $181,830 after a deductible.

The combined rulings, pending any other appeal, are a double-victory for parish government in a more than yearlong legal fight to recoup taxpayer dollars already spent on the former president’s criminal defense in 2017 and 2018.

DONALDSONVILLE — In one of their last acts, the outgoing Ascension Parish Council agreed to pay $231,829 for Parish President Kenny Matassa’s …

The ruling on insurance coverage comes without a trial, while the ruling on bad faith gives the parish an opportunity to make its case in court.

Christina Peck, the parish’s attorney, said if the parish were to prevail at trial on the bad faith claim, Ascension could pursue penalties against Berkley and the additional attorney’s fees spent litigating against Berkley, in addition to Matassa’s original criminal legal bills.

Matassa and a political ally, Olin Berthelot, were indicted on one count of election bribery in March 2017. Matassa was acquitted more than a year later. The charges against Berthelot were dropped after the acquittal.

Matassa, a former longtime Gonzales city councilman, was accused of dangling a parish job and cash while he was parish president so A. Wayne Lawson, a candidate for Gonzales City Council, would drop out of the council race in November 2016.

Matassa and his attorney, Lewis Unglesby, claimed the parish leader was the target of a politically motivated smear and was serving in his capacity as parish president when he offered the job to an old friend. Matassa’s simultaneous offer of cash to repair Lawson’s food trailer and discussion of Lawson’s political prospects were separate matters unconnected to the job offer, the parish leader argued.

In July 2018, 23rd Judicial District Judge Thomas Kliebert Jr. threw out the charge against Matassa amid questions about the chain of custody for recordings of Matassa, Lawson and Berthelot where Lawson was offered the cash and job and his candidacy were discussed in late July 2016.

A local news website editor, the candidate and others had made the recordings secretly and published them online outside the oversight of law enforcement, a fact that made it hard to use some of them at trial.

But Unglesby put on testimony and played recordings where Matassa indicated or was said to have indicated that Lawson could get the job and cash even if he ran for office.

The outgoing Parish Council, in its last meeting in December 2019, agreed to pay $231,829 in legal bills for the then-departing Matassa and to pursue recouping the taxpayer funds — less a $50,000 deductible — through the lawsuit with Berkley that had been filed in June 2019.

A new council and new President Clint Cointment took power in January, but the litigation with Berkley has continued.

At issue is Berkley’s denial of the parish’s claim for the legal bills. The national insurer told the parish that it should have filed the claim when Matassa was indicted.

Parish officials contended, based on their reading of the policy, that they were barred from filing a claim unless Matassa was acquitted and then did make that claim once his acquittal had happened.

Berkley rejected that argument and refused to pay.

GONZALES — Ascension Parish is trying to recover $545,000 from its former insurer over the company’s refusal to pay criminal defense costs for…

In July, interim Judge Emile R. St. Pierre ruled that Berkley’s policy, with ambiguous and contradictory language, did cover the parish and Matassa under the legal principle that ambiguity goes in favor of the client, but that Berkley was acting in good faith in denying the parish’s insurance claim.

In the lower court and on appeal, parish officials argued the question of Berkley’s good faith is a factual dispute that should go to trial, not be decided solely by a judge without a trial.

One of the central arguments on that point has been that Berkley separately told officials in neighboring St. James Parish that they couldn’t file a claim for payment of their legal bills unless those officials were acquitted. That’s the opposite of what Berkley told Ascension, that parish’s attorneys argued.

“At best, Berkley’s right hand in Ascension Parish did not know what Berkley’s left hand had done and was doing in St. James Parish,” the Ascension Parish attorneys wrote to the appellate court. “More likely, Berkley knew its policy provisions were ambiguous and chose whatever interpretation of those provisions would result in Berkley not paying claims.”

Berkley Insurance Co. is asking a federal judge to find it is not responsible for the attorneys’ fees of St. James Parish President Timmy Rous…

Former St. James Parish President Timmy Roussel and his top deputy, Blaise Gravois, were facing malfeasance charges in the parish. Those charges have been dropped and refiled and are pending. Both men have sued Berkley in federal court.

Berkley had countered the cases in St. James had different facts and that the positions the company takes involving other insurance clients are “not material to the coverage dispute at hand.”

Calls to Berkley’s attorney in New Orleans and a message left through its online contact form were not returned by deadline Wednesday.

Thu Dec 17 , 2020
Commission-free online brokerage Robinhood agreed to pay $65 million in penalties for misleading customers as to the largest source of its revenue: fees it earned from trading firms for routing customer orders to them. The Securities and Exchange Commission said that between 2015 and 2018, Robinhood made misleading statements about […] 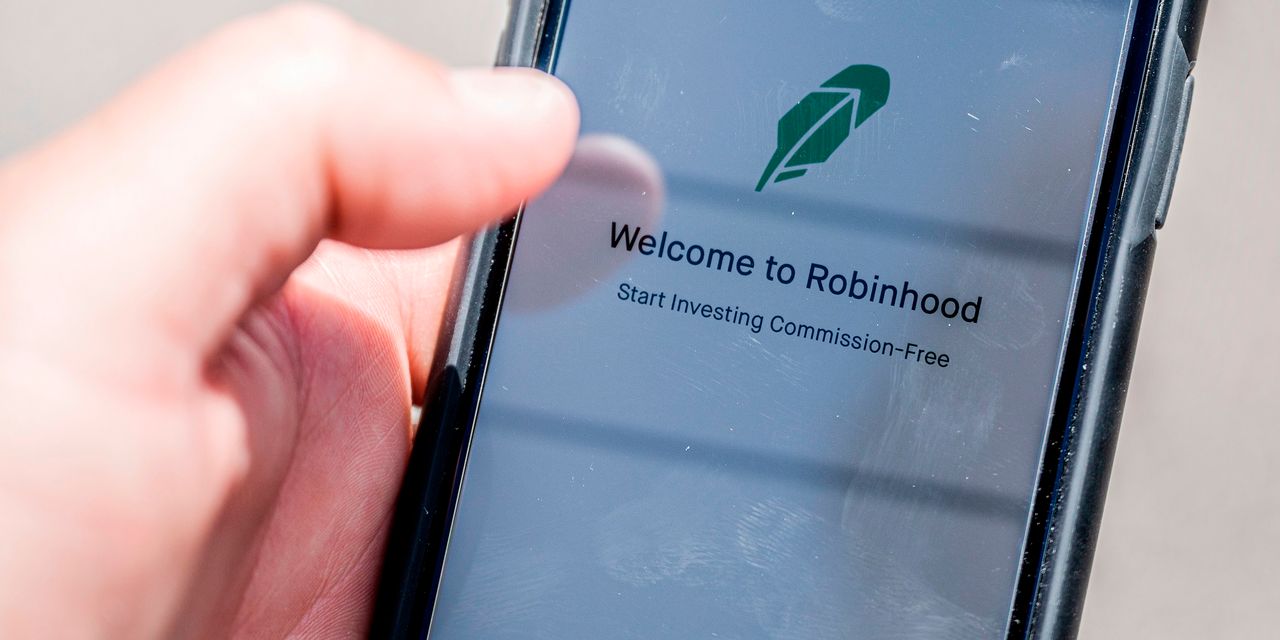