The Better Business Bureau on Thursday issued an alert warning Missourians not to enter into a business deal with Missouri Fence Company-Springfield LLC, owned by Republic resident Justin Schmidt, without exercising caution.

For example, a woman living in Clever told BBB she gave Schmidt’s company a $4,800 down payment in March. Schmidt never built her a fence, BBB said.

The now-defunct Springfield location of Missouri Fence Company was photographed on Oct. 1, 2020. The Better Business Bureau issued an alert warning consumers to exercise caution when working with the company, which the BBB says did not always perform services or issue refunds when requested. (Photo: Gregory Holman/Springfield News-Leader)

A woman living in Springfield told BBB she gave Schmidt’s company a $4,257 down payment in June. Schmidt never provided a start date to the client, BBB said, and the client had little success reaching Schmidt for progress updates.

Online court records and public statements by the company show Missouri Fence Company has faced other issues this year.

On May 15, Meek Lumber Yard LLC in Mt. Vernon field a civil suit against Schmidt and one of his companies doing business as Missouri Fence Co. A bench trial is scheduled for next week in Lawrence County.

“Hello everyone!” a post on the now-defunct Facebook page read. “Our phone system has been down. If you have tried to get ahold of us and have not been able to reach anyone, we apologize!”

Two days later, the cached search results show that Schmidt’s company went back to Facebook to promote a Republic-area project that was “being completed.” The post was made during the same period when BBB says little if anything was happening on the jobs the women in Clever and Springfield had paid for.

Missouri Fence Company’s July 11 posting also stated, “It’s been a crazy time with supplies Springfield, Mo!” and said that the company was “short-staffed.”

BBB said that as of late August, the company’s advertised West Chestnut Expressway location in Springfield was defunct. The News-Leader visited on Thursday afternoon, finding missed-delivery tags from FedEx addressed to Schmidt and a large cobweb covering the front door. Vacant offices were visible through the windows.

Missed-delivery tags from FedEx were placed on the door of the now-defunct Springfield location of Missouri Fence Company on Oct. 1, 2020. The Better Business Bureau issued an alert warning consumers to exercise caution when working with the company, which the BBB says did not always perform services or issue refunds when requested. (Photo: Gregory Holman/Springfield News-Leader)

The News-Leader reached out to Missouri Fence Company for comment on BBB’s alert, using two phone numbers tied to the company; both were disconnected. Messages sent to three email accounts tied to Schmidt and the company were not immediately returned. The company’s website now redirects to a residential construction company based in western Canada that does not appear to have any Missouri ties.

Tips for hiring a contractor

Better Business Bureau offered practical tips for people planning to hire a contractor, including using the bbb.org website to check out a company.

It is also possible to use publicly-funded services like Missouri Case.net to check if a company or its owner face civil lawsuits and to ask the Missouri Attorney General’s office of consumer protection whether a company has been the subject of complaints sent to state authorities.

Your complete guide for registering to vote

Sat Oct 3 , 2020
NASHVILLE, Tenn. (WTVF) — Whether online or on paper, registering to vote is the first step in preparing for this November’s election. The registration deadline is Oct. 5 and if you’re not sure how to fill out the form, you’ve come to the right place. At American Baptist College, the […] 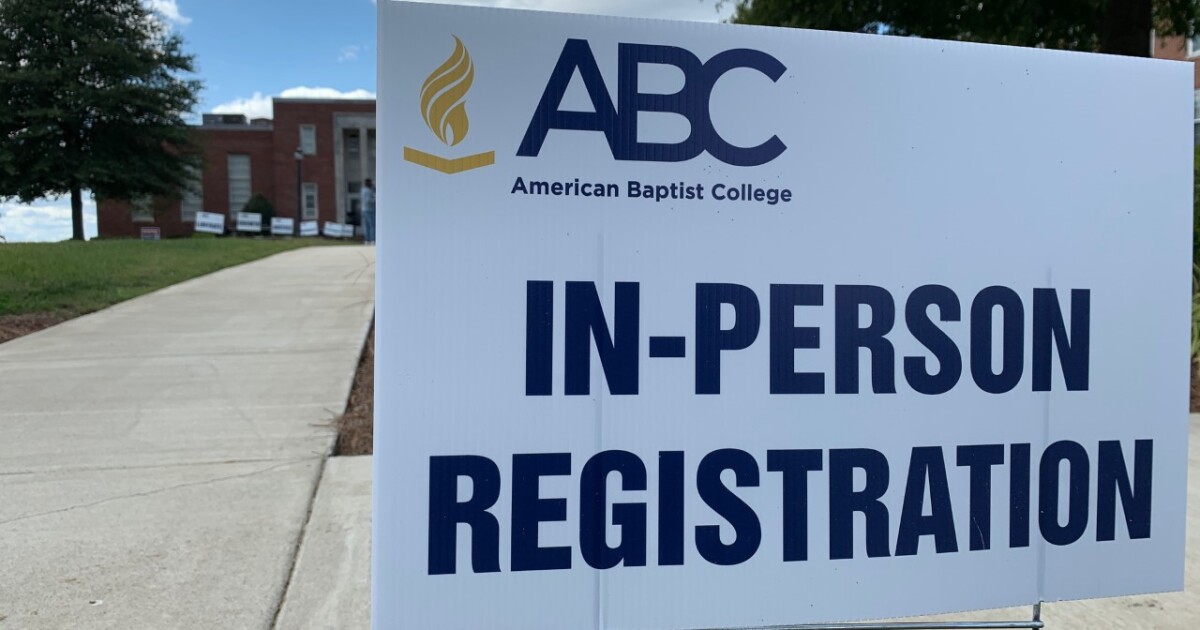