With the help of lots of cash from Californians, including past Republican donors, Joe Biden is eclipsing President Trump in fundraising as they head into their race’s final stretch.

The Democratic nominee’s substantial advantage as voting begins in several states — $141 million more than Trump through the end of August, according to new filings — is a surprise to many in the party. The left’s biggest worry had been the Trump campaign’s immense bank account.

But Biden, who’s had a career-long history of lackluster fundraising, apparently has seized the moment, attracting donors panicked by the prospect of a second Trump term. He ended August with $466 million in the bank, compared with Trump’s $325 million, according to documents filed with the Federal Election Commission and tallies shared by both campaigns.

And the gap is likely growing. The death of Supreme Court Justice Ruth Bader Ginsburg unleashed a cascade of contributions to Democrats. Progressive fundraising platform ActBlue reported that more $100 million in donations, a record, came in for candidates and causes on the left over the weekend, as Democrats gird for battle over filling Ginsburg’s seat.

Although Biden’s choice of California Sen. Kamala Harris as his running mate turbocharged his fundraising, especially in her home state, the president’s actions have been the bigger impetus to donors.

“The last two months have exceeded anything I have ever seen,” said Silicon Valley venture capitalist Steve Westly, a major Biden fundraiser who also collected donations for the Obama campaign. “Each week, as Trump seems to devolve, becoming even crazier, I have been surprised by the number of Republicans writing big checks.”

Westly, the former state controller, ticked off several recent events that pushed donors in his growing network to pitch in substantially more than the Biden campaign had requested.

There was Trump’s visit to California, where the president dismissed global warming as a factor fueling wildfires and declared, contrary to science, that California is cooling. Then Trump discredited the chief of the Centers for Disease Control and Prevention for contradicting his rosy projections for a coronavirus vaccine. And the president continued to undermine mail-in voting, adding to the potential for election chaos amid a pandemic.

After each episode, Westly said, his phone started ringing, with even unlikely Biden donors looking to give more.

Among the big contributors: a former high-level official in George W. Bush’s administration who’s long been a Republican rival of Westly’s in Silicon Valley fundraising. Westly declined to name the individual.

“Enthusiasm is with Trump,” Trump campaign spokesman Tim Martaugh tweeted. “Biden excites no one.” He wrote that volunteers had made more than 102 million voter contacts and “we’ll have 2x or 3x the cash as in 2016.” The campaign’s $325 million, Martaugh added, puts it in a “strong position.”

Yet as Trump lags in polls in most swing states, and struggles in some he won comfortably in 2016, the cash-flush Biden can make a push in places Democrats might otherwise cede.

That includes Georgia, where the Biden campaign debuted new television ads on Monday aimed at mobilizing the Black vote. In Iowa, where Trump won by more than 10 percentage points in 2016 but now has a lead of less than two points, the Biden campaign began airing several ads condemning Trump’s handling of the pandemic.

So far in September, the Biden campaign and independent groups working to elect him have spent $326 million on advertising, compared with $264 million by the Trump campaign and supporting groups, according to the tracking firm Advertising Analytics.

Beyond donors’ enthusiasm, Biden’s outsize financial edge also reflects his campaign’s prudence earlier in the race. As the Trump operation spent aggressively on digital advertising, travel and more, trying to build a lead, Biden held back.

The former vice president has focused on raising money through Zoom, an effort that was balky at first but grew into a huge success. The flexibility and efficiencies of virtual fundraising enabled Democrats to deploy their deep bench of Hollywood celebrities, rock stars and political luminaries far more widely than in past fundraising sprints — for more events, with more big names, at little cost to the campaign.

Spahn helped organize three events that raised $20 million for the Biden campaign over the summer. The minimum donation was $100,000.

Among other events, in August, Biden and House Speaker Nancy Pelosi (D-San Francisco) treated donors to an online performance by musician Carole King. The next day, contributors got a virtual conversation on screenwriting about the White House starring the writers of “The West Wing” and “Idiocracy” and the show-runner for “Veep.” Four former ambassadors hosted an event for donors interested in Latin American policy, while Los Angeles Mayor Eric Garcetti joined Biden’s senior foreign policy advisor for another event that day on international affairs.

For the major donors accustomed to seeing candidates in person, the campaign made tweaks, such as adding a virtual photo line. “We had each participant on the call introduce themselves to the principals, say something about themselves and their concerns,” he said. “We went around the room; everyone got to see and be seen before we had the general remarks and Q&A.”

It helped, Spahn added, that donors seemed more flexible than in the past, motivated by their distaste for Trump. “The overriding motivation is the desire for change,” he said, “and that trumps whatever ego needs and photos people have historically been looking for.”

Separately, a single donor in New York — the city’s former mayor, billionaire Michael Bloomberg — is writing a check so big that it’s intended to help Biden win the key state of Florida. Bloomberg is giving $100 million to pro-Biden groups working to deliver the state for Democrats.

Reaching beyond the traditional megadonors, the Biden campaign has proved adept at motivating a base of small donors that rivals that of Trump, whose popularity with conservative small donors fueled his political ascent.

The selection of Harris has brought in money from Indian Americans excited to see a politician of Indian descent on the ticket. The campaign has a major Indo-American fundraiser scheduled for Tuesday.

“I’m seeing much better representation than in 2016,” said Ajay Bhutoria, a Silicon Valley resident who sits on the Biden campaign’s national finance committee and its national leadership council for Asian American Pacific Islanders. Donors, he said, “know that the generation coming ahead will ask them, ‘What did you do during this period of time when history was in the making?'”

How to Score a Mattress Deal Online

Mon Sep 21 , 2020
Consumer Reports has no financial relationship with advertisers on this site. You could go from store to store in your search for a good deal on a new mattress, but why go through the trouble when you don’t have to? There are plenty of ways to save on a new […] 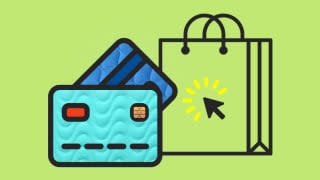