(Bloomberg Opinion) — It’s hard to think of a less sympathetic group during the coronavirus pandemic than hedge funds and other firms that buy distressed assets and companies. They’re colloquially referred to as “predators” or “vultures” for a reason, after all. These investors step in when the outlook appears bleakest — and they have all the power — to lock in potentially huge returns in exchange for a cash infusion.

Still, one recurring theme of the current economic crisis is how the quick rebound in many financial markets has confounded distressed investors and left them looking flat-footed. I wrote in late March that the firms scrambling to launch credit funds might be too late by the time they finished raising money. Indeed, by mid-April, the average yield spread on junk-rated corporate bonds had fallen to 700 basis points from 1,100 basis points on March 23. A 1,000-basis-point spread is typically the benchmark for “distress.” In the span of weeks, the projected future return from buying risky credit was slashed drastically.

That spread has since contracted further, to 575 basis points. A Bloomberg News headline this week declared “Fear Is All But Dead in Credit Markets” because of the Federal Reserve, noting that June is likely to be a record-setting month for speculative-grade corporate debt sales. Roughly 621 bonds from 324 issuers are trading at distressed levels, down from 1,896 issues from 892 companies three months ago. Even leveraged-loan prices have recovered to 91 cents on the dollar from as low as 76 cents in March. It was always possible this could be a painful but quick recession, inflicted intentionally in the interest of public health. But few thought it would be this short-lived.

The Economic Policy Institute’s Josh Bivens wrote in a blog post this month that the Fed’s actions during this crisis came “mostly at the expense of financial predators,” citing Carnival Corp.’s huge bond sale earlier this year as an example:

Hedge funder predators were looking to exploit a nonfinancial corporation that needed loans as it faced distress caused by a global pandemic and economic crisis, and the Fed intervened and offered the nonfinancial corporation a better deal. From my perspective, there are no presumptive good guys in distributive conflicts between nonfinancial capital and financial predators. But it’s not obvious to me why we should shove more firms like Carnival closer to bankruptcy — and threaten to extinguish even more jobs than have already been destroyed — just to allow hedge fund vultures to reap the benefits of having their predatory loans be Carnival’s only option.

That’s a good argument against “liquidationists.” Sure, public pensions are among the biggest investors in hedge funds and distressed-debt strategies, so suppressing returns only makes it that much harder for states and cities to meet their obligations to retirees. But is a higher funded level worth inflicting punitive borrowing costs upon airlines, cruise-ship operators and hotels? To say nothing about the future job market in those industries? Probably not.

For distressed investors, then, the solution is to find the markets that have been left to fend for themselves.

Certainly, some are skeptical that the Fed can fend off corporate insolvencies forever. Philip Brendel, a senior credit analyst at Bloomberg Intelligence, compares the sharp rebound in recent months to a similar bounce in early 2008, which obviously didn’t last. There have been several high-profile corporate bankruptcies thus far, and 13 U.S. companies sought court protection last week, the most since May 2009. GNC Holdings Inc. became the latest casualty this week.

Still, the most intriguing area might just be commercial real estate, or CRE. This is clear by looking at the infamous CMBX 6, a synthetic index tied to commercial mortgage backed securities that has been used for years by investors — and, more recently, by billionaire Carl Icahn — to bet on the future of shopping malls and other retailers. It lurched lower in early March, staged a comeback toward the end of that month with other risky assets, then tumbled to a new low in May before surging again in the three weeks through June 8.

Here’s what the chart looks like. As far as recoveries go, it’s not quite a U, a V, or even a W:

It goes without saying that for Icahn, who reportedly amassed a big short position on the CMBX 6 index in the final months of 2019, the trade has been a spectacular success; it has been quite the opposite for mutual funds on the other side. A trio of real-estate experts said last week that CRE is entering a “classic distress cycle,” with retail seen as the most risky, followed by offices. Earlier this month, S&P Global Ratings put 96 classes from 30 U.S. conduit CMBS deals on CreditWatch Negative, “mainly due to their higher exposure to loans secured by lodging or retail properties,” which raises the risk the speculative-grade classes “could experience monthly payment disruption or reduced liquidity.”

This appears to be fertile ground for opportunistic investors with cash on hand who have a view on commercial real estate in a post-coronavirus world. Some firms seem to be trying to snuff out those perspectives. Earlier this month, Bloomberg News’s Gillian Tan reported that Shelter Growth Capital Partners LLC was exploring the sale of a U.S. CRE loan portfolio with a face value of $711 million split into four pools: performing senior loans, construction loans, performing mezzanine loans and hospitality loans. “The potential transaction is being explored in part to test the appetite of institutional investors such as real estate credit funds,” according to a person familiar with the talks.

While anticipating the future value of malls, office buildings and hotels can seem to some like staring into the abyss, that’s precisely when sophisticated investors are supposed to shine. Consider that retail and tech data firm Coresight Research estimates that as many as 25,000 U.S. stores could close permanently this year, mostly in malls. That seems like a staggeringly high number and explains the crash in CMBX 6, but there’s a price at which about any investment starts to make sense. The fluctuations in the index at least suggest this remains a two-way market, unlike other assets perceived to be in the Fed’s control.

It will be telling, for instance, if billionaire Sam Zell, who invests in troubled real estate, has changed his tune since early May, when he was content to sit on the sidelines. That was right around the time CMBX 6 reached its low. If Zell’s call about America’s reopening is correct — “the fact that these places may be open doesn’t necessarily mean that they’ll be doing business” — then assets tied to CRE might be in for another decline. So far in New York, only a trickle of finance workers are going back to the office, backing up a vision from Morgan Stanley Chief Executive Officer James Gorman in April that the bank will need “much less real estate.” It might take some time for deeper problems to emerge.

Since lockdowns began, I’ve held the view that most predictions about the world after Covid-19 will probably turn out to be exaggerated. Commercial real estate is a tough call. Certainly, I’d think that any retailer or restaurant without an online strategy before March has one now, which could mean less focus on the brick-and-mortar space. And without question, businesses have developed more comprehensive work-from-home capabilities, which might mean less demand for office space in a handful of large cities.

The trend is in a decidedly downward direction; the question is whether the price is right. If commercial real estate is one of the only distressed opportunities available, however, investors can’t afford to be too picky.

Brian Chappatta is a Bloomberg Opinion columnist covering debt markets. He previously covered bonds for Bloomberg News. He is also a CFA charterholder.

Thu Jun 25 , 2020
(Bloomberg Opinion) — The protesters occupying America’s streets are rightly outraged over the killings of George Floyd, Breonna Taylor and so many others, and the chronic brutality those deaths exemplify. But their anger also reflects another malaise: the disparate impact of the coronavirus crisis on the country’s Black population. As […] 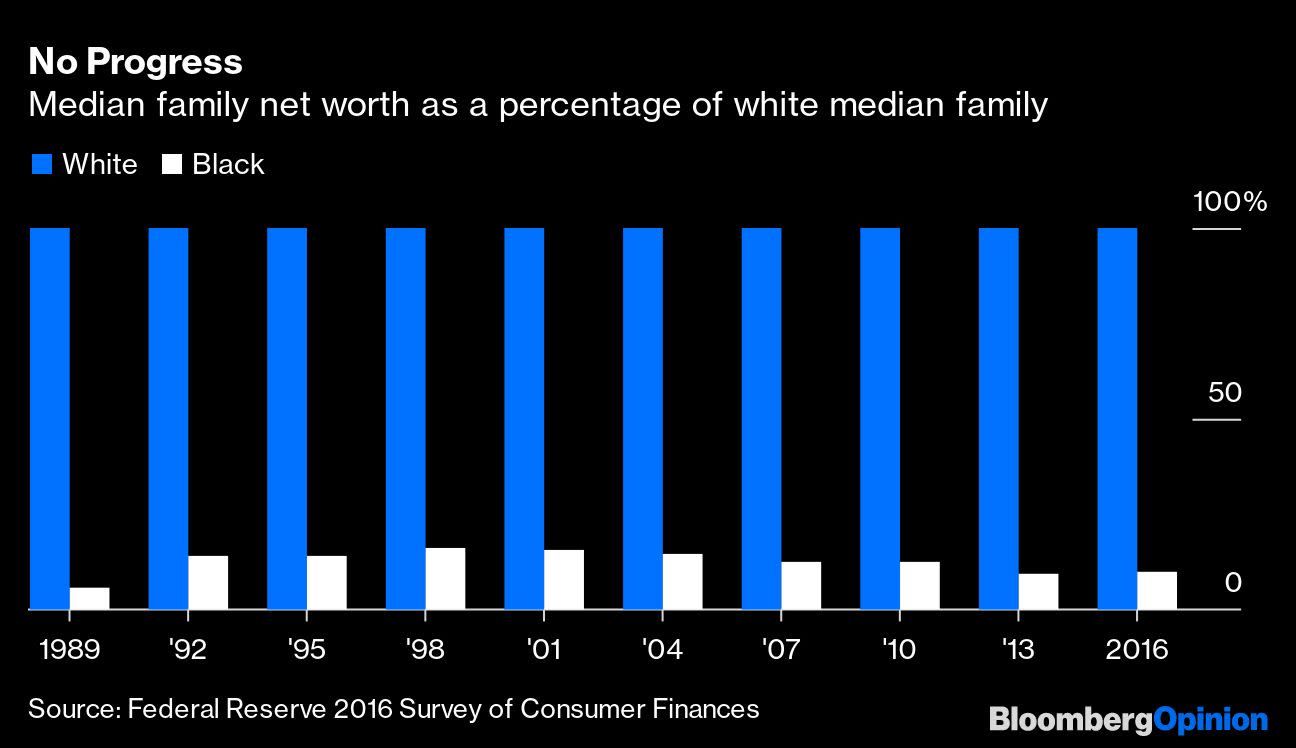