Bitcoin has surged in price to levels not seen since the cryptocurrency bubble two years ago, as the value of one digital coin hit nearly $16,000 (£12,100) amid uncertainty around the US Presidential election.

The cryptocurrency is up 45pc over the last month and has risen 40pc since Tuesday. The increase puts it ever close to highs of around $20,000 last seen in December 2017, when a bidding frenzy from speculators pushed up the price of digital coins.

Digital currencies such as Bitcoin let users send and receive money online. They work on a digital ledger called a blockchain and are designed to be difficult to trace.

Increasingly, speculators have claimed Bitcoin can work as a form of “digital gold”, a safe haven when world events are causing economic uncertainty.

Adam Vettesse, an analyst at eToro, said: “The cryptoasset has not reached such levels since its first monumental price surge in 2017.”

“Gold has always been synonymous with security,” added Alexey Kirienko, chief executive of trading website Exante. “Now, we know that  Bitcoin has also proved to be an invaluable  instrument when  hedging systematic risks.”

It comes as the US election remained on a knife edge on Friday morning, with Joe Biden and Donald Trump within a few hundred votes of one another in Georgia and races in Nevada and Pennsylvania too close to call. Counting could go into the weekend in some states.

Bitcoin was not the only digital coin to benefit, with Ethereum rising 14pc since Tuesday.

Despite efforts to rehabilitate cryptocurrencies, digital coins remain popular on the dark web. On Thursday, the US Justice Department announced it has seized $1bn in Bitcoins from Silk Road, a collapsed drugs market on the dark web.

The $1bn in digital coins had been forfeited in a US government investigation by an individual only named as Individual X.

US lawyer David Anderson said: “The successful prosecution of Silk Road’s founder in 2015 left open a billion-dollar question. Where did the money go? Today’s forfeiture complaint answers this open question at least in part. $1 billion of these criminal proceeds are now in the United States’ possession.”

Technology stocks in general have outperformed the rest of the US market in the belief that a Biden presidency and a split US senate would make it harder to pass anti-tech regulations.

13 strategies to boost your income, starting this weekend

Fri Nov 6 , 2020
13 strategies to boost your income, starting this weekend Chances are you could use a little extra money right now, whether you’re straining to make rent or just saving up for a new smartphone. This year’s tough economy is still squeezing Americans, as more than 11 million remain unemployed and […] 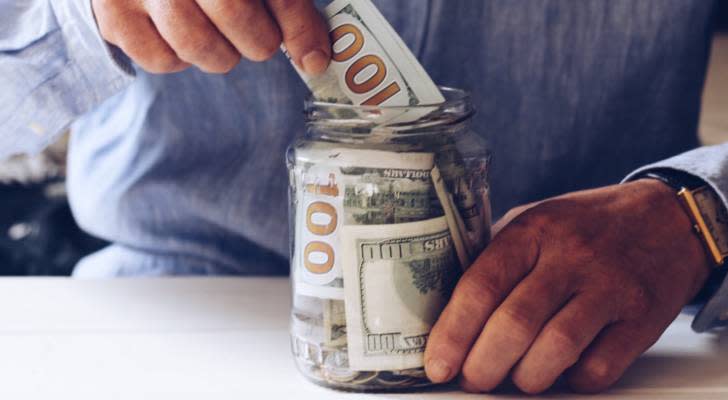