Wednesday (24 June) marked the second quarterly rent day of the year for shops in the UK.

Quarterly, rather than monthly rents, are a British peculiarity dating back to a time when landlords used to drive a horse and cart around their properties to collect rents. Takings this quarter are likely to be historically light.

Retail landlords collected only around 50% of rents due in the first quarter of 2020, according to the British Property Federation, and the collection is expected to be even lower this time around.

The reason, of course, is the COVID-19 crisis. All non-essential shops were shut from late March to mid-June. Retail sales fell over 20% in April and May. Many shops simply don’t have the cash needed to pay.

However, industry insiders say the COVID-19 crisis is likely to lead to a fundamental shake-up for shop rents, which have historically only gone up despite a long-term decline in physical sales. Many feel an honest conversation about lower rents is long overdue.

“There’s going to be a reckoning for all landlords,” Andrew Murray-Watson, the owner of London deli Guzzl and a former business journalist, told Yahoo Finance UK.

“We’re clearly not going to get back to normal, to how it was before the lockdown, but we don’t need for it to be a major change in consumer behaviour to have a major impact.”

In-store sales were already facing long-term decline prior to the crisis. Retail landlords were unwilling to countenance rent cuts because the value of their businesses largely depends on how much rent they can collect. It meant retailers themselves got squeezed.

“If 10% of shoppers don’t shop anymore, that’s going to make a massive difference between being viable and being not viable,” Murray-Watson said.

The COVID-19 crisis could be the catalyst to force a conversations about lower rents.

“The whole sector needs to recalibrate and losers are going to be the landlords for the most part,” De Mello said. “I could see, longer term, rents coming down 20-30%.”

Tremors are already being felt. British Land (BLND.L), which owns shopping centres like Drake Circus in Plymouth and Meadowhall in Sheffield, wrote down the value of its retail properties by £1.7bn in May. Intu (INTU.L), which owns the Trafford Centre in Manchester and Lakeside in Essex, warned this week it may go bust after collecting less than a third of the rent due for the second quarter.

In both cases, the problems largely predate the COVID-19 crisis — Intu had been struggling with a £5bn debt for months. But it underline the problems facing the sector.

“The value of your property portfolio is based entirely on the rents you can get for it,” Murray-Watson said. “What is the rentable value of retail properties right now? Every single commercial landlord is in negative equity as far as their retail portfolio is concerned, surely.”

De Mello said Intu, a former FTSE 100 constituent that now has a market capitalisation of just £55m, was likely to collapse.

“A lot of the bigger landlords are in a precarious position because they have a significant amount of debt,” he said.

But while Intu grabs the attention, it is the smaller players that will suffer the most.

“What’s being not talked about are the smaller landlords — the ones that own five shops in Bath, or six shops in Shropshire, the smaller businesses where it’s more their livelihoods,” De Mello said.

“The government has said their tenants don’t need to pay until September. If their main income is rent then they’re going to be destitute. There’s going to be plenty of smaller ones that will go under.”

Melanie Leech, chief executive of the British Property Federation, said: “The success of landlords and tenants working together as economic partners is vital to the UK’s recovery.”

Leech emphasised that “the local authorities, savers and pensioners… own the majority of our town centres,” through investment products.

So far the government has largely sided with retailers. An effective moratorium on debt collection and retail evictions is in place until September.

Last week the government issued guidance urging all shops that can pay rent to do so in full and encouraging those that can’t to work out a repayment plan. Leech said “the majority of property owners and occupiers are working well together”.

Murray-Watson says his landlords in Brixton Village, London, have been very helpful since the pandemic struck. They have helped him put in place social distancing measures at his store and put him in touch with a company that helped him set up an online ordering system.

He has not started any conversations with his landlord about the rent. But across the sector, he can see which way the wind is blowing.

“There’s a massive unwinding that’s going to happen throughout the commercial property chain,” he said. “It’s going to have a major impact.”

I've Been Sick With COVID-19 For Over 3 Months. Here's What You Should Know.

Wed Jun 24 , 2020
The author on her couch receiving oxygen in June 2020. (Photo: Courtesy of Ann E. Wallace) Today marks my 100th day being sick with COVID-19. My symptoms began on March 17, two days after I published an essay on HuffPost Personal about facing difficulties getting my 16-year-old daughter Molly tested […] 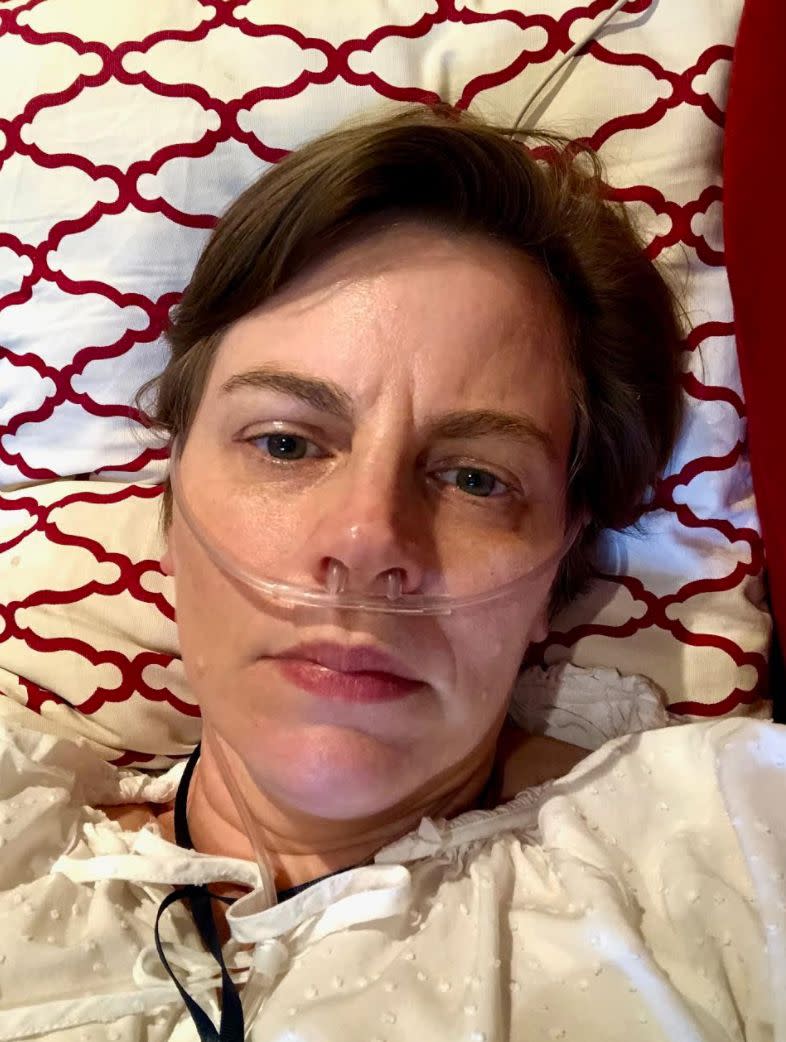