Buy now, pay later: If you’re shopping online with a tight budget, it seems like an offer that’s hard to refuse. And in the midst of the coronavirus pandemic, when money is tighter than ever for many people, companies such as Afterpay, Klarna and Sezzle can help you avoid using high-interest credit cards.

But BNPL options also push shoppers into engaging in retail therapy when they don’t have the cash on hand.

big announcement: I have just discovered afterpay and may I just say, on behalf of my bank account, oh no

Sorry but @Klarna is a plague on society. Encouraging young adults to borrow to buy throwaway fashion items from https://t.co/Ysic9BTufs and Topshop etc during the deepest recession in 300 years? It can only end in more pain further down the line.

According to a representative for Klarna, about 987,000 users signed up for the service between March 1 and July 30, a growth rate of nearly 200% year-over-year.

Afterpay gained more than one million customers between March 11 and May 20, according to its chief revenue officer, Melissa Davis. In fact, it’s Australia’s largest tech company by market capitalization, and the U.S. makes up most of its customer base.

Thousands of retailers have been adding BNPL options to their websites, including ASOS, Free People, J. Crew, Nasty Gal, Sephora and Shein. Each service works a bit differently, but the idea is that shoppers can choose to split the amount due into bi-weekly or monthly installment payments rather than pay for their entire cart upfront. Shoppers receive their items as usual, even though they haven’t actually been paid for yet.

First-time BNPL users need to apply for an account first. Often, the only criteria is that they’re at least 18 years old and have a valid debit or credit card to link to the account. Some companies will run a soft credit check ― a pull of the applicant’s basic financial information that doesn’t actually affect their credit score. The credit check determines how much a user is allowed to finance at one time.

Once approved, payments are automatically deducted from the user’s payment method of choice. Many companies will send email or text alerts warning that the payment due date is coming up. In most cases, installment plans are interest-free and customers only pay a fee if a payment isn’t processed successfully (i.e., they don’t have enough money in their bank account or their credit card is maxed out). If they don’t catch up with another form of payment, the account is locked and they’re barred from future BNPL purchases.

BNPL companies make a bulk of their revenue by charging retailers transaction fees for each purchase, according to Lauren Anastasio, a certified financial planner with SoFi. In other words, they get a cut from each customer’s cart. “Essentially, they rely on people buying more than they normally would, and retailers pay them for the promise of impulsive customers,” she said.

However, these companies also make money from late fees and interest. Afterpay, for instance, can charge U.S. customers up to 25% of the order value in late fees. Klarna adds up to $7, plus the unpaid amount due, to the next scheduled payment if a payment doesn’t go through. In Sezzle’s case, shoppers are allowed one free missed-payment reschedule (that’s been increased to two during the pandemic), and $10 flat late fee going forward.

The Benefits Of BNPL

Ted Rossman, an industry analyst for CreditCards.com, believes these buy now, pay later services fill an important role in the marketplace. For one, many people don’t have a credit card or even a credit score.

“This pain point is especially clear for young adults,” Rossman said. “Plus, many have sizable student loan debts, so the last thing they want to do is pile on open-ended credit card debt.”

He also said that consumers are drawn to the predictability and “the light at the end of the tunnel” ― buyers know exactly how much they need to pay, how many payments are required and when the item will be fully paid off. Better yet, many of these services are interest-free as long as you pay according to the terms.

“If you use them properly, they can be viable ways to inexpensively finance purchases,” he said.

The Dangers Of BNP

Though BNPL companies market themselves as “interest-free,” that can depend on your payment schedule and credit score, Anastasio said. She also noted that certain BNPL programs perform hard credit checks and report missed payment activity to credit bureaus, which could affect your score. If you want to buy a car or a house anytime soon, it could be harder to get approved if you’re on the hook for lots of monthly payments and your credit score isn’t in great shape.

Rossman said that even though your score could suffer if you miss payments, most of these services won’t actually help you build your credit score, because payment activity usually isn’t reported to the credit bureaus. However, that’s not always the case, which is why it’s important to understand the terms of the particular plan you’re using.

Then there are the fees, which could be just as high as paying interest on a credit card if you miss any payments. Not to mention, BNPL plans give you the option of linking a credit card anyway, which means the payments will still add to your outstanding debt if you choose this option. Users who carry a balance month over month will end up paying interest, and missed payments will harm their credit scores.

BNPL representatives contend that these services are much-needed, especially during a time when consumers are dealing with constricted cash flow and looking for ways to avoid high-interest debt.

Davis, Afterpay’s chief revenue officer, noted that millennials and Gen Zs ― 65% of Afterpay’s customer base ― are “financially-savvy and budget-conscious shoppers,” which she said meshes with Afterpay’s mission to “power an economy where everyone wins.”

Sezzle stated its “team has been intent on working on how to make sure Sezzle is the least predatory payment solution available.”

Despite the risks, Anastasio said using these payment programs isn’t necessarily a bad thing if you’re uncomfortable making a full purchase upfront, but it’s not a habit you should develop. Generally, BNPL options are best for high-cost purchases or once-in-a-while occasions.

But risk always surrounds buying something now and hoping that you’ll have enough money to pay for it in a few weeks, Rossman said. “That’s especially true for the kinds of purchases ― often clothes and electronics ― that tend to be covered by ‘buy now, pay later’ plans.”

In other words, these services aren’t helping people afford food and housing ― they’re generally used for discretionary purchases. “If you don’t have the money today, some would say you shouldn’t be buying those things in the first place,” Rossman said.

You Might Find A COVID-19 Surcharge On Your Next Bill

Why The Idea Of A ‘Cashless Society’ Is So Dangerous

Thu Aug 20 , 2020
Roth IRA contribution rules More Roth IRA: How It Works A Roth IRA could be a good option if you expect to be in a higher tax bracket when you retire. You can contribute money during your working years at a lower tax rate and then withdraw those contributions and […] 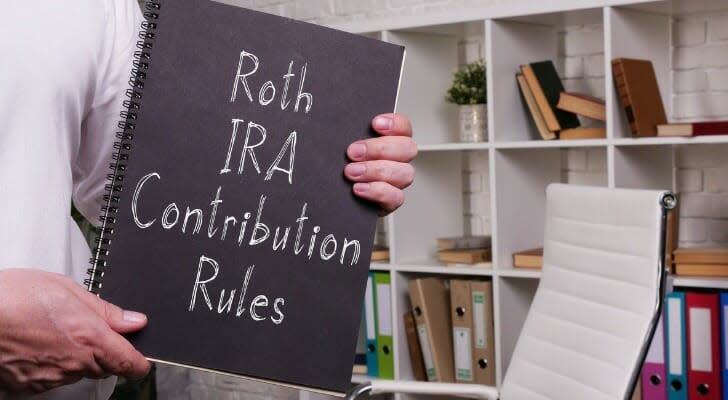