Brands often ask the people marketing their content to make it “go viral”.

This, unsurprisingly, is no easy task – there’s a reason you don’t regularly see “Persil Non-Bio” trending on Twitter. However, brands have cottoned on to a new strategy that basically involves riding the coattails of something that’s already gone viral. That strategy is called “piggybacking”.

When a tweet goes viral, you’ll often see the original user tweets again, plugging whatever they want to plug (“wow this blew up! Check out my Soundcloud”). Now, though, you may see an advert for the kind of tat usually sold in a high street gadget shop, like star light projectors and slime.

Companies are approaching ordinary people on Twitter who just happen to have gone viral, and offering them cash or commission in exchange for the opportunity to piggyback their temporary Twitter fame. It always seems to be the same few companies, but what they offer to users in exchange for advertising space varies.

The legality of this practice is questionable, with online advertising regulations varying wildly across the world, but none of these tweets are marked as an advertisement. So are these viral tweeters actually getting paid? And if so, how much?

@shaggavelli had several brands slide into his DMs after his tweet about the Nigerian edition of Who Wants to Be a Millionaire went viral (45.1k retweets, 194.7k likes).

A huge star light projector, called Ocean Galaxy Light, is one of the products most frequently advertised using this method; @shaggavelli was offered £15 through Paypal to post two pre-written tweets about it. Vir Guards, which makes face masks, also offered £15. Standardized, an anime merchandise site, offered him a code through which he’d get a small commission. However, a month after his viral tweet, he’s yet to make any money from the link. “I’ve heard they sometimes give the person £5 first, then give commission, but personally I didn’t receive that treatment,” he said.

Some tweeters are offered promo work off the back of one viral tweet. Others do it more regularly. @enyxl had already worked with brands when one messaged him about piggybacking off his tweet about an extremely magical old lady. Unlike others on Twitter, he was able to negotiate for more money and time limits.

Slime Clean is a gooey substance that you roll over a dusty keyboard or grimy car interior to pick up dirt. @enyxl was offered $20 (£15.50) to tweet about the product and leave the tweet up for 24 hours, but because he’d done promos with the Slime Clean representative before, “I asked him for $25 [£19.30], since I knew the tweet was gaining a lot of traction.” Slime Clean agreed and paid him through Paypal.

“If he wants it to be there for another 24 hours, it would be another $25,” @enyxl explained. “Galaxy Light approached me from their official Twitter account and asked what my price was to promote. Since I had already done one for $25, I asked for $30 [£23.15], and they paid me through Cash App. They never mentioned anything about recurring days, so I have an alarm set for when to delete the tweets unless I get compensated again.”

Payouts differ between users, with some getting more than others. @putinaspliff was also offered advertisements for Vir Guards and Ocean Galaxy Light for his viral tweet. But despite having around the same metrics as @shaggavelli when the ads went live, with roughly the same number of likes and retweets, he was offered substantially less by one of the brands. Why this was is hard to say, but it could simply be the brand testing just how little they can get away with paying.

Most users make a little money after firing off viral tweets – but those tweets aren’t specifically designed to appeal to advertisers. This is where the micro-influencer makes their entrance.

Unlike others I spoke to, @titanbaddie – real name, Sisa – is a pro. He regularly works with brands and has standards in place for the minimum he’ll accept. “My standard is $30 a tweet, but I’m adaptable depending on how big the brand is, and the expectations,” he says. “For example, I have brands that will pay me weekly fees to interact with their accounts, and those are normally brands that are trying to build online traction. Normally, when it’s a product, you’re paid per post, and normally when you [make] viral content they’ll reach out to you.”

Sisa explained that there’s a growing influencer culture in South Africa, where he’s getting work. At the moment it’s a new industry, and relatively unregulated, meaning influencers can make decent money if they work for it.

“I only recently started accepting promo offers from SA, because I just joined a promo team, but on some campaigns I’ve done before it can be anything from R250 (£11) a week to R2,000 (£95) for three posts, depending on how big the brand is and how long you work for them. I’ve been very lucky, in that I work with more international businesses and forums, so on an average week now I make about $200 (£154) from viral attachment tweets and paid posts.”

While there are clearly ways to make money from viral tweets, for the average joe who just happens to have blown up, it’s not going to be a big earner. As for the products themselves, I can’t find anyone who has actually tried them. Aside from one tweet from a parent whose kids enjoyed the Galaxy Lights, no one seems to be buying them. As for Slime Clean, the majority of tweets about it seem to be asking one question: how on earth are you supposed to clean the slime?

Fri Oct 2 , 2020
Give all Americans the option to buy into Medicare. I’ve paid into Social Security and Medicare my entire life. I’m still paying to be on plan B and supplemental coverage. I also pay for prescription insurance. I often feel like a coffee coupon from McDonald’s would pay for about as […] 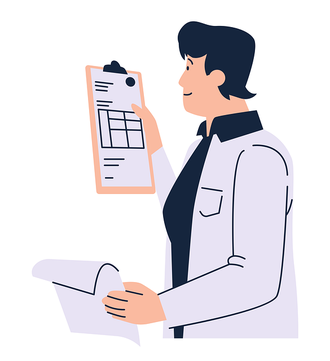