Responding to criticism that a shortened schedule jeopardized data quality, the U.S. Census Bureau on Thursday said less than a half percent of census takers interviewing households for the 2020 head count may have falsified their work, suggesting such problems were few and far between.

The statistical agency said in a statement that a preliminary look at the data suggests 0.4% of the hundreds of thousands of census takers, also known as enumerators, may have either falsified data or performed their jobs unsuccessfully.

“Therefore, enumerators who may have falsified data or performed poor quality work were very rare,” the statement said.

The Census Bureau issued its statement after a report from its watchdog agency Wednesday that expressed concerns over lapses in quality control checks on the data used for deciding how many congressional seats each state gets and how $1.5 trillion in federal funding is distributed each year.

The lapses raised concerns about the quality of the census data, according to the report by the Office of Inspector General.

The report said the Census Bureau failed to complete 355,000 reinterviews of households to verify their information was accurate.

Reinterviews also were not conducted with more than a third of the census takers who completed a household interview, and 70,000 cases that were red-flagged for reinterviews were given a pass even though a census clerk was unable to determine if the original interview data was correct, the report said.

About a third of the nation’s 130 million households required visits from census takers, while residents in the remaining two-thirds of households self-responded either online, by phone or by mail.

Because of the failure to conduct the reinterviews, the Census Bureau can’t provide a full picture of the falsification that may have taken place, said Rob Santos, president of the American Statistical Association.

“Just like with COVID testing, you won’t find it if you don’t look for it,” Santos said Thursday in an email.

Plus, there are other concerns about data quality besides falsification, such as inconsistent responses and the reliance on getting information from neighbors or landlords when residents of a household were unavailable, he said.

“Where are the assessments of these aspects of quality?” Santos said. “They are arguably more important than falsification because they will be more prevalent.”

The Associated Press has documented cases of census takers being pressured to enter false information into a computer system about homes they had not visited so they could close cases during the waning days of the once-a-decade national headcount. Other census takers told the AP that they were instructed to make up answers about households where they were unable to get information, in one instance by looking in the windows of homes and in another by basing a guess on the number of cars in a driveway or bicycles in the yard.

The Census Bureau announced it will miss Thursday’s deadline for turning in the numbers used for divvying up congressional seats but aims to deliver a population count of each state in early 2021, as close to the missed deadline as possible.

In a year-end blog post, Census Bureau director Steven Dillingham said 2020 — a year when the agency was conducting the census amid a pandemic, wildfires and hurricanes — “has tested our patience, faith and strength.”

“But despite all the extraordinary circumstances happening around the world, we have succeeded through the tenacity and creativity of the women and men who work at this extraordinary agency,” Dillingham wrote Thursday.

Sun Jan 3 , 2021
Selling products online is a great way to increase your business. The pandemic has taught us that having an online business will always be beneficial. You can also learn how to help your business with the help of this discount offer the Essential 2021 eCommerce Mastery Bundle. With this amazing […] 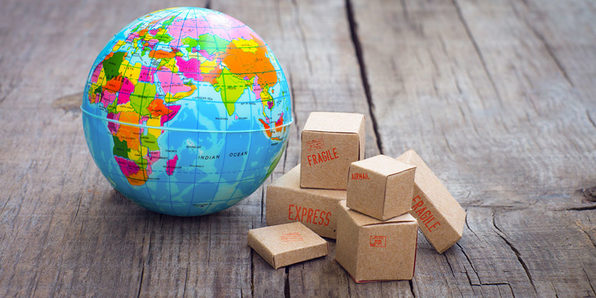