(Bloomberg) — China vowed retaliation after the U.S. forced the closure of its Houston consulate, in one of the biggest threats to diplomatic ties between the countries in decades.

The U.S. State Department subsequently confirmed in a statement that it had ordered the consulate shut “to protect American intellectual property and Americans’ private information.” It said international agreements required diplomats to respect the laws and regulations of the host nation and not interfere in its internal affairs.

The first signs of trouble came when Houston police and firefighters descended on the consulate following witness reports that papers were being burned outside in open containers, the Houston Chronicle and two local TV stations reported on Tuesday night, citing local police. In videos posted online by local media outlets, fires could be seen in multiple containers, with smoke rising into the sky.

Futures on the S&P 500 Index dropped after China’s announcement and Treasuries edged higher, though stock futures later pared their losses and the dollar turned lower.

Asked for specifics on why the consulate was being closed, U.S. Secretary of State Michael Pompeo responded with broad remarks about China’s actions on intellectual property, saying it was “costing hundreds of thousands of jobs.”

“We are setting out clear expectations for how the Chinese Communist Party is going to behave and when they don’t we’re going to take actions that protect the American people,” he said at a briefing on Wednesday in Denmark where he was meeting the country’s foreign minister.

The U.S. has clashed with China over everything from trade and 5G networks to territorial disputes and responsibility for the pandemic. On Tuesday, the Justice Department accused two Chinese hackers of working for Beijing to steal or try to steal terabytes of data, including coronavirus research, from Western companies in 11 nations.

“This sort of incident has been very rare — it often happens when the relations between two countries are really, really negative,” Li Mingjiang, an associate professor with the Nanyang Technological University’s S. Rajaratnam School of International Studies. “If China wants really to hit back hard, it could target the U.S. consulate in Hong Kong.”

While ties have suffered in recent years, the trend has been toward expanding ties since the two sides formally established relations more than four decades ago. The U.S. and China have recently been bickering over Chinese demands to control the Covid-19 testing — possibly gaining access to DNA samples — of returning American diplomats who left the country in the early days of the coronavirus outbreak centered on Wuhan, several people familiar with the matter told Bloomberg News last month.

The dispute over testing and quarantining has been a contentious issue, according to a person familiar with the situation who asked not to be identified. China could respond to the American order by closing the U.S. consulate in Wuhan, where the virus originated, or another city, the person said.

A State Department spokesperson said China had increased the scale of spying and influence operations over the past few years. That has included interference in domestic politics, stolen intellectual property, coercion of business leaders and threatening the families of Chinese Americans in China, the spokesperson said.

China accused the U.S. of harassing diplomatic staff and intimidating Chinese students, confiscating personal electrical devices and detaining them without cause. Chinese diplomatic missions and personnel also recently received bomb and death threats, it added. In the statement, China said “infiltration and interference is never in the genes and tradition of China’s foreign policy,” without referring to anything specific.

“China strongly condemns such an outrageous and unjustified move which will sabotage China-U.S. relations,” Wang said. “We urge the U.S. to immediately withdraw its erroneous decision. Otherwise China will make legitimate and necessary reactions.”

As the heart of the U.S. energy industry, Houston has been the site of repeated attempts to obtain trade secrets.

Hongjin Tan, a Chinese national who worked for a U.S. petroleum company, was arrested in late 2018 and charged with theft of trade secrets from his employer. He was sentenced to two years in federal prison earlier this year.

The showdown comes against the backdrop of the U.S. election, in which both President Donald Trump and his presumptive opponent, former Vice President Joe Biden, have pledged to do more challenge China. Wang Huiyao, an adviser to China’s cabinet and founder of the Center for China and Globalization, said the consulate closure was “unthinkable, beyond imagination” and questioned the U.S.’s explanation for the action.“I don’t know where this is coming from,” Wang Huiyao said. “If it’s just for simple IP they can pinpoint who violated that and maybe punish the individuals rather than taking over the whole consulate.”

China is one of several countries with a consulate in Houston, which has an economy roughly the same size as Argentina’s.

Besides the U.S. Embassy in Beijing, China could target consulates in the cities of Chengdu, Guangzhou, Shanghai, Shenyang and Wuhan. Closing the consulate in Hong Kong would not only curb Washington’s influence in the former British colony, where pro-government officials have accused the U.S. of acting as a “black hand” supporting democracy activists, it would limit consular services for thousands of Americans who live there.

“We have seen a step change in U.S. government actions toward China over the past couple of weeks,” McArver said. “The closing of the consulate is already big news in China, so the government will need to respond.”

Wed Jul 22 , 2020
Click here to read the full article. EXCLUSIVE: Claudia Rosencrantz and Adrian Woolfe, two TV industry veterans who turned Who Wants To Be A Millionaire? into a global phenomenon, are launching a CNN-style entertainment news network as an offshoot of their Studio 1 production outfit. The duo have gone live […] 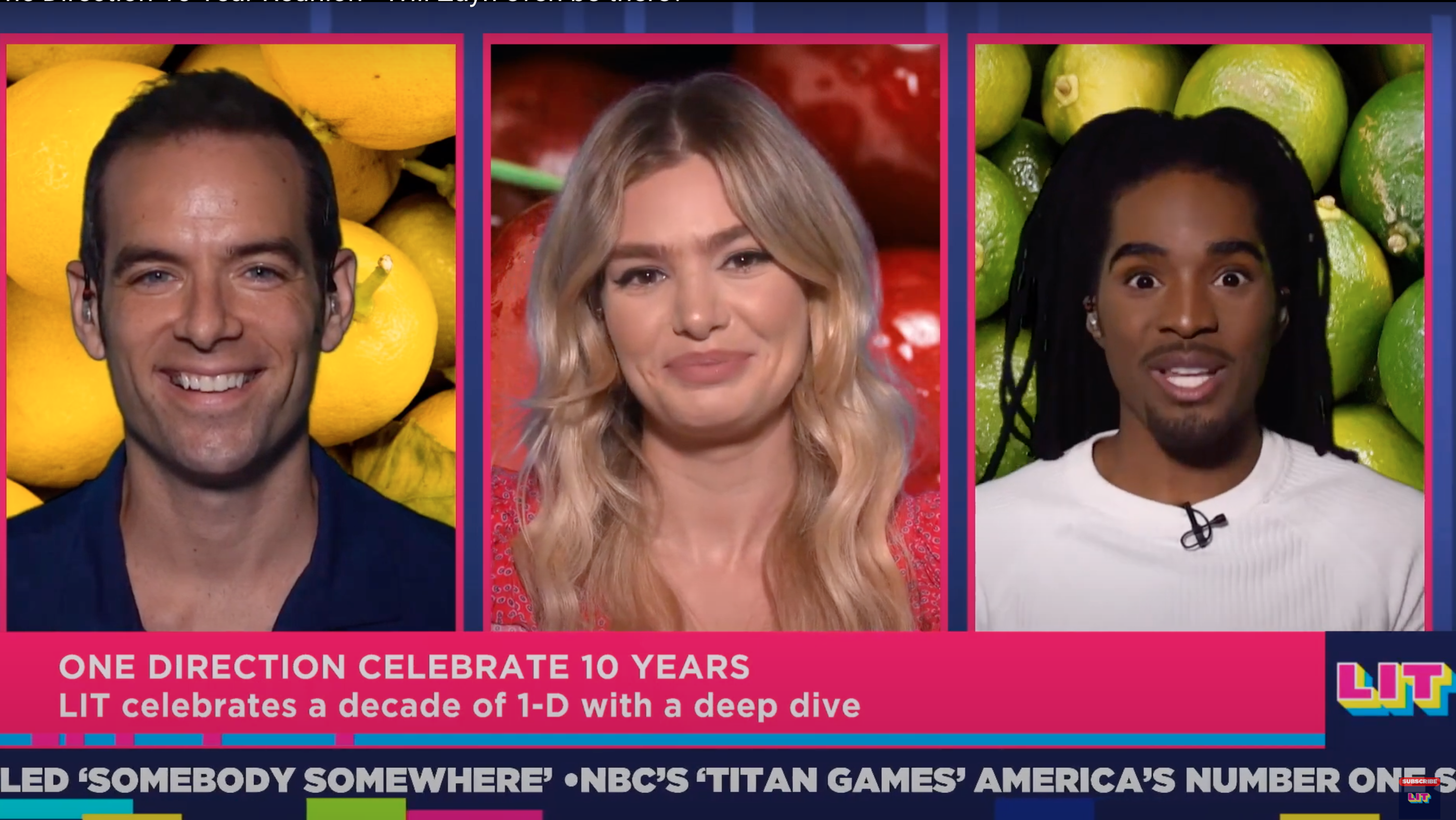