NEW YORK (AP) — Joe Biden and the Democrats are highlighting the party’s inclusive “big tent” Monday night as their 2020 National Convention gets underway with a lineup that features as many former Republican governors as “democratic socialists” — along with former first lady Michelle Obama.

Beyond diversity, the first national political convention of the coronavirus era will be unique for its logistical challenges. The all-virtual affair will be the first without a central meeting place or cheering throngs. Republicans face the same challenge next week.

Democrats abandoned their plans for an in-person gathering in Milwaukee, Wisconsin, because of the pandemic. And as the four-day convention begins, it’s unclear whether the program, which consists of both live speeches and prerecorded videos, can generate the same level of excitement and momentum as past gatherings.

The unprecedented gathering will also test the bonds of the diverse Biden-Harris coalition, disparate factions who have clashed in the past but are, at least for now, united by a deep desire to defeat President Donald Trump this fall.

The question of how difficult it will be to actually vote is also sure to get attention Monday night. Democrats and some Republicans are openly concerned that Postal Service changes will make it hard for voters to be sure their mail-in ballots are received in time and counted.

The former vice president is opening the week in a stronger position than Trump, who has struggled to expand his political coalition under the weight of his turbulent leadership and prolonged health and economic crises. But 78 days before votes are counted, history is not on Biden’s side. Just one incumbent president has been defeated in the last four decades.

Polls also suggest that Biden, a 77-year-old lifelong politician, is on the wrong end of an enthusiasm gap. His supporters consistently say they’re motivated more by opposition to Trump, who is 74, than excitement about Biden. Democrats hope to shift that dynamic beginning with the convention.

Biden will accept the nomination Thursday night in a mostly empty ballroom in his home state of Delaware. Sen. Kamala Harris, the first black woman on a national ticket, speaks Wednesday night.

Michelle Obama, whom Gallup determined was the nation’s most admired woman last year, is delivering the keynote address. She is following a collection of elected officials and ordinary Americans that highlight extraordinary political and racial diversity.

While united by their disdain for Trump, the speakers represent dramatically different visions for America.

Kasich, who speaks before Sanders, opposed abortion rights and fought labor unions while in office. Sanders, a self-described democratic socialist, wants to end the private health insurance market in favor of “Medicare for All,” a plan that Biden says is too liberal.

Biden’s team also is highlighting several average Americans, such as Kristin Urquiza, who lost her father to COVID-19.

With no live audience, the Democrats were forced to get creative to generate a sense of enthusiasm.

The campaign is hosting drive-in viewing stations in six states, much like drive-in movies, where viewers watch on a big screen from the safety of their vehicles. There are also many online watch parties featuring celebrities and elected officials to make the experience more interactive.

It will be impossible to engage the total viewership on the first night. Broadcast TV networks plan to show the final hour each night live, cable news will show both hours and many viewers will stream the event from Biden’s website or on social media.

The speakers will outline Biden’s plans and positive vision for America, which will “stand in stark contrast to the lack of leadership and the chaos we’re seeing from Donald Trump,” said Biden deputy campaign manager Kate Bedingfield. “The convention tonight, it’s about Joe Biden, it’s not about Donald Trump.”

Yet Trump is ensuring he’ll be a part of the political conversation.

The Republican president was making two swing-state campaign appearances on Monday, first in Minnesota and then in Wisconsin, which was to be the location for the Democrats’ convention before the coronavirus outbreak.

Trump said he had “no choice” but to campaign during the Democratic convention in order to address voters in the face of what he described as hostile news media.

“I have to work. I don’t have the time not to,” the president said on “Fox and Friends.”

Because of their overwhelming opposition to Trump, there appears to be far less tension among the Democrats’ often-competing factions heading into the 2020 convention than many predicted earlier in the year. Just six months ago, political operatives were openly contemplating the prospect of a contested convention in which none of the Democratic candidates had a clear delegate majority going in.

Even if there is leftover resentment between wings of the party, the convention’s online forum doesn’t provide an opportunity for public infighting. Key votes on the party platform already have taken place by mail ballot. The details, expected to be approved overwhelmingly, were hammered out in Zoom meetings.

Without approximately 4,800 Democratic delegates from across the country gathering on the same convention hall floor, as is tradition, the opportunity for a genuine convention debate over the direction of the party has been eliminated.

Mon Aug 17 , 2020
It’s a big earnings week for retail. Four of the country’s largest nationwide chains — big-boxes Walmart and Target, department store Kohl’s and off-pricer TJX — are set to report second-quarter financial results over the course of the next few days. (Alibaba and Foot Locker also report earnings on Thursday […] 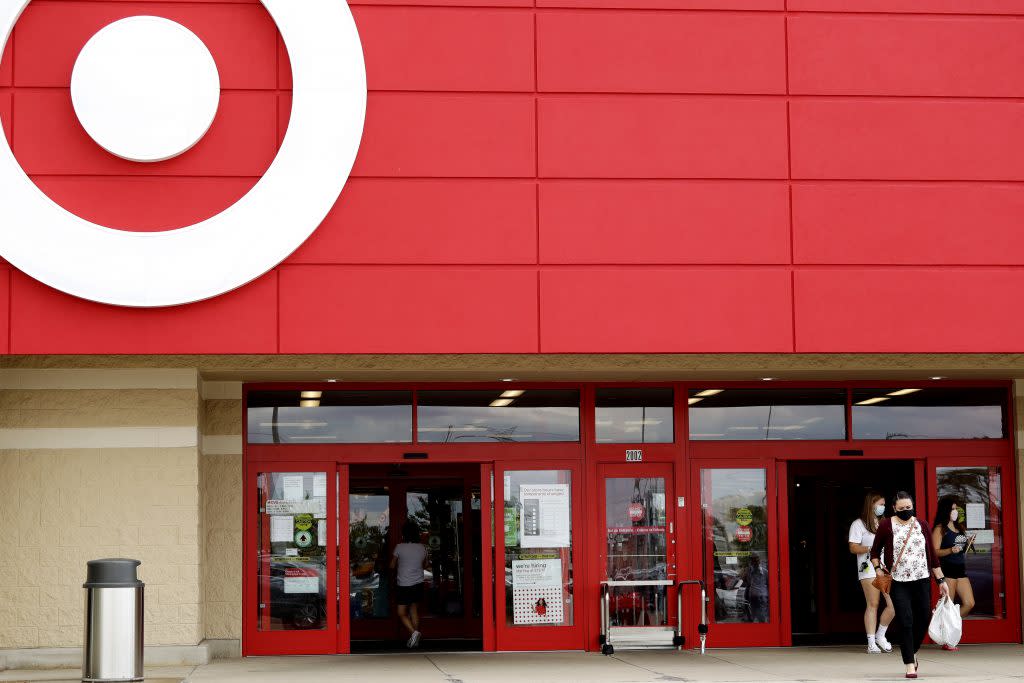