Fathers should get fit before having a baby because poor health raises the risk of having a miscarriage, a major Stanford study has found.

More than a quarter of pregnancies may end in miscarriage or stillbirth if the father-to-be is obese, has diabetes, high blood pressure or high cholesterol levels according to the study.

Researchers have found that if a father has metabolic syndrome, there is an increased risk of the mother losing their baby.

The NHS currently states that metabolic syndrome is often associated with being overweight or obese, and a lack of physical activity.

But it can also be linked to insulin resistance, which is a key feature of type 2 diabetes.

Associate Professor Michael Eisenberg from Stanford University School of Medicine said: “We hypothesise that the father’s health and lifestyle could adversely affect the genetic make-up and expression in the sperm, and that this may alter how well the placenta functions.

“If the placenta isn’t working properly then this could lead to the pregnancy losses that we observed; for instance, we know already that paternal smoking and diet can affect sperm quality.”

Data was analysed from US insurance claims covering nearly a million pregnancies, and as well as metabolic syndrome the researchers gathered information on their medical conditions.

Between 2009 and 2016, 22 percent of pregnancies were lost to a miscarriage, stillbirth or ectopic pregnancy – when the fertilised egg attaches outside the womb.

While a total of 23.3 percent of men were either obese, had diabetes, high blood pressure or cholesterol levels.

The study showed that pregnancy losses increased with the mother’s age and a number of other medical conditions, but the link between the father’s health and pregnancy loss remained.

The risk of miscarriage or stillbirth also increased with the age of the father and 4.6 percent of men were aged over 45.

Prof Eisenberg said: “It’s been known for some time that the health of mothers has an impact on the developing foetus and events at the time of birth.

“This is the first study to suggest that pregnancies sired by men with increasing numbers of medical conditions are at higher risk of ending in miscarriage, ectopic pregnancy or stillbirth.

“In the group of men we studied, the risk of losing the pregnancy was 17 percent in couples where the father had no components of the metabolic syndrome but increased to 21 percent in couples where the father has one metabolic syndrome component, 23 percent where he has two, and 27 percent where he has three or more.”

Prof Eisenberg stressed that the study cannot prove that poor paternal health is a cause of pregnancy loss but that it does show there is an association.

“The clinical implications of these findings are that pre-conception counselling should not forget the father, as his health may have an important impact on the pregnancy,” he added.

The findings were published in the journal Human Reproduction.

Fri Dec 18 , 2020
Google’s Christmas 2020 logo Google is being sued by 38 US states, accused of trying to make its search engine as dominant inside cars, TVs and speakers as it is in smartphones. This follows a landmark lawsuit by the US Department of Justice (DoJ) over a similar issue in October. […] 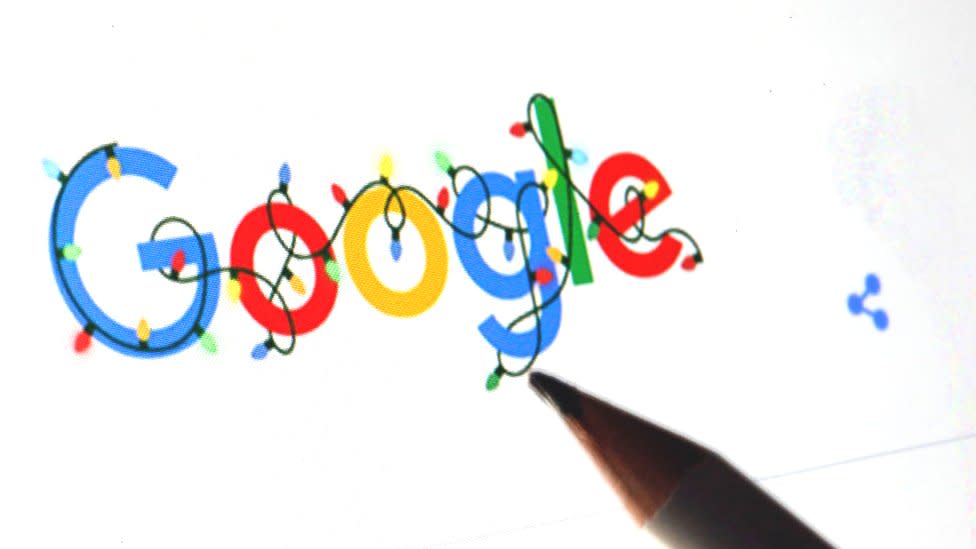