Health insurance companies will have to give their customers estimated out-of-pocket costs for prescription drugs and disclose to the public the negotiated prices they pay for drugs, under an unexpected new Trump administration rule.

The administration said those requirements, part of a broader rule issued Oct. 29 forcing health plans to disclose costs and payments for most health care services, will promote competition and empower consumers to make better medical decisions.

The new rule does not, however, apply to Medicare or Medicaid.

The drug price provisions, which would not begin until 2022, were a surprise because they were not included in the original proposed rule issued in 2019.

It’s the departing Trump administration’s most ambitious effort to illuminate the complex, secret and lucrative system of prescription drug pricing, in which health plans, drug manufacturers and pharmacy benefit management firms agree on prices. The administration and Congress have tried and failed to reform part of that system — the rebates paid by drugmakers to the pharmacy benefit managers to get their products onto insurance plan formularies. Those payments, which some call kickbacks, are widely blamed for driving up costs to patients.

Patient advocates and policy experts, while generally supportive of the administration’s transparency concept, are divided on the cost-saving value of the new rule.

Advocates say the new rule will help patients in private health plans, including employer-based plans, and their physicians choose less expensive medications. It may even enable health plans to buy drugs more cheaply for their members.

Helping patients find drugs that cost them less could boost their compliance in taking needed medicines, thus improving their health. Three in 10 Americans say they have opted not to use a prescribed drug as directed because of the high cost, according to a KFF survey last year.

Under the new federal rule, starting in 2024 an insurance plan member can request and receive estimates of out-of-pocket costs for prescription drugs, both online and on paper, taking into account the member’s deductible, coinsurance and copays. Insurers say most plans already offer such cost-estimator tools.

“You can call your insurer now and ask what your copay is,” said Wendy Netter Epstein, a health law and policy professor at DePaul University in Chicago. “Patients often don’t do that. Whether or not this has an impact depends on whether patients take the initiative to obtain this information.”

Starting in 2022 under the new rule, private plans also will have to publish the prices they negotiated with drug companies and benefit management companies online in a digital format. That may be particularly helpful to employers that provide health insurance to workers, enabling them to seek the lowest price the drug manufacturer is offering to other purchasers.

The rule will not require plans to disclose rebates and other discounts they negotiate with drugmakers and pharmacy benefit managers.

That’s a disappointment to employers that provide health insurance for their workers.

“We’d like a much clearer idea of how much we’re paying for every drug every time it’s dispensed,” said James Gelfand, senior vice president for health policy at the ERISA Industry Committee, which represents large self-insured employers. “We want to know where every cent in rebates and discounts is going. We’ll at least begin peeling back the onion. You have to start somewhere.”

Other experts argue the rule will do little to make medications more affordable. Indeed, they warn that publishing what health plans pay drug manufacturers could crimp some plans’ ability to get price concessions, raising the premiums and drug prices that plan members pay. That’s because manufacturers won’t want to give those discounts knowing other health plans and pharmacy benefit managers will see the published rates and ask for the same deals.

“Insurers and pharmacy benefit managers currently use rebates that are hidden from view to drive prices lower,” said Dr. Aaron Kesselheim, a professor of medicine at Harvard University who studies prescription drug policy. “If you make that transparent, you kind of reduce the main strategy payers have to lower drug prices.”

Patient advocates also questioned how useful the published rates will be for patients, because plans don’t have to post list prices, on which patient cost-sharing amounts are based. There also are practical limits to patients’ ability to price-shop for drugs, considering there may be only one effective drug for a given medical condition, such as many types of cancers.

Still, if the public knows more about how much health plans pay for drugs — and can estimate the size of the rebates and discounts that aren’t being passed on to patients — that could heighten pressure on federal and state elected officials to tackle the thorny issues of high prices and gaps in insurers’ drug coverage, which powerful industry groups oppose.

“If the information is presented to consumers so they realize they are paying a higher price without the benefit of the rebates, you’ll get a lot of angry consumers,” said Niall Brennan, CEO of the Health Care Cost Institute, a nonprofit group that publishes cost data.

But Kesselheim and other experts say Congress needs to consider stronger measures than price transparency to address drug affordability.

These include letting the federal government negotiate prices with drugmakers, limiting the initial price of new drugs, capping price increases and establishing an impartial review process for evaluating the clinical value of drugs relative to their cost. Those are policies Biden has said he supports.

“There’s a limit to what transparency can do,” said Shawn Gremminger, health policy director at the Pacific Business Group on Health, which represents large self-insured employers. “That’s why we’re increasingly comfortable with policies that get at the underlying prices of drugs.” As an example, he cited the Trump administration’s proposal to tie what Medicare pays for drugs to lower prices in other countries.

“This rule will disrupt the marketplace dynamics and undermine the highly competitive negotiations that kept net prices for brand medicines at a growth rate of just 1.7% in 2019,” said Katie Koziara, a spokesperson for the Pharmaceutical Research and Manufacturers of America. She wouldn’t say whether her group would sue to block the rule.

The survival of the rule, which draws its legal authority from the Affordable Care Act, also depends on the U.S. Supreme Court upholding the constitutionality of that law in a case argued on Nov. 10.

Kaiser Health News is a national health policy news service. It is an editorially independent program of the Henry J. Kaiser Family Foundation which is not affiliated with Kaiser Permanente.

Will you get a second $1,200 stimulus check by Christmas? 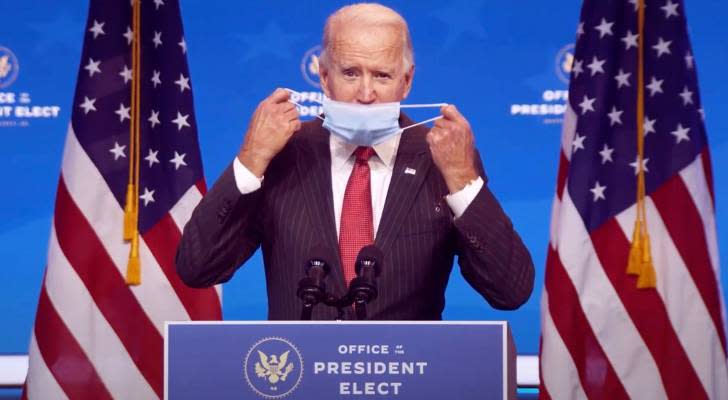