“We anticipated a drop in the unemployment rate as we have seen many businesses reengaging in the economy and bringing employees back to work,” Commissioner of Labor Mark Butler said. “I believe our strong unemployment rate has a positive influence on the number of jobs we are seeing on EmployGeorgia.com. With an unemployment rate of less than half of what we registered in April and more than double the jobs available on our state job website, Georgia is a leader in job potential that will continue to drive down the unemployment rate and get Georgians on the road to economic recovery.”

Nearly 151,000 jobs are listed online at EmployGeorgia.com for Georgians to access. This job total has more than doubled since the beginning of this pandemic, with just 73,000 jobs listed during April. The Georgia Department of Labor offers online resources for finding a job, building a resume, and assisting with other reemployment needs. Employment opportunities include positions in logistics, computer programming, healthcare, transportation, manufacturing, and production. Wages are very competitive and range from $10 to $55 per hour to over $100,000 for annual salaried employment.

“In Georgia, we continue to make progress in the fight to protect lives and livelihoods,”Gov. Brian Kemp said. “New cases of COVID-19, current hospitalizations, and positivity rate all continue to decline, and I continue to urge all Georgians to follow Four Things for Fall to keep our state moving in the right direction. While we still face challenges ahead, Georgia has recovered over 65 percent of the jobs lost since March and cut our unemployment rate by more than half since April.

“In addition to a strengthening job market, revenues to the state have shown encouraging progress, Georgia has maintained its AAA bond rating, and new economic development projects in July and August have already equaled a third of total projects from the entire previous fiscal year – with $642 million in new investment and over 4,000 jobs announced by the Georgia Department of Economic Development in August alone.

“As the top state for business for a seventh consecutive year, we will continue to be laser-focused on bringing good-paying jobs to the Peach State, supporting families and small businesses, and reviving our state’s economy.”

“We have recovered over 65 percent of the jobs lost since the pandemic began mid-March,” Butler said. “After the substantial decline in employment in April, these types of increases are exactly what we need to get us back on course.”

At this time, Georgia Department of Labor career centers are remaining closed to the public. All online services are still available as the staff continues to answer calls, process claims, respond to customer inquiries, and provide assistance to applicants. The Georgia Department of Labor will reopen offices to the public as soon as social distancing can be effectively implemented to protect both staff and customers.

Information on filing an unemployment claim, details on how employers can file partial claims, and resources for other reemployment assistance can be found on the agency’s webpage at dol.georgia.gov.

This article originally appeared on the Roswell Patch

Mon Sep 21 , 2020
Microsoft’s deal to buy ZeniMax Media and its game studios for $7.5 billion bodes well for its Xbox consoles and could shift the competitive landscape in an industry shifting to online play. The deal will give the US tech giant the parent-company of Bethesda Softworks, publisher of hit game franchises […] 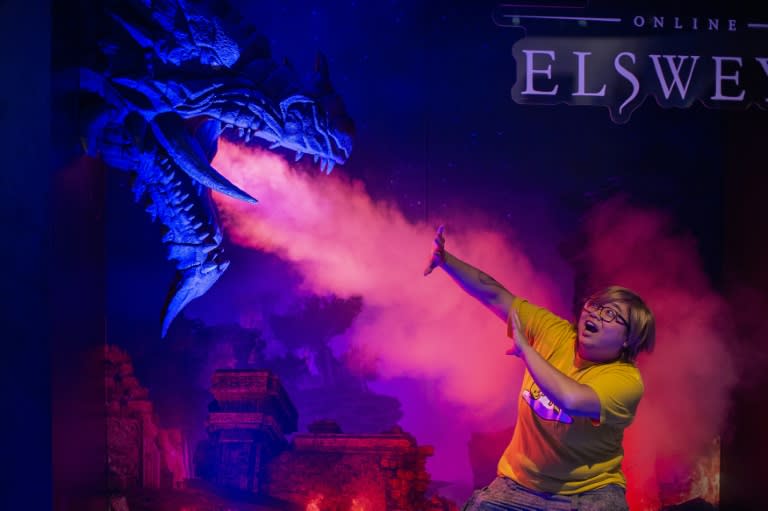