It has been a wearying political year, no question, but only you can give America this gift: a constructive presidency that will improve people’s lives.

It was a thrill for Democrats to carry Georgia in the presidential election for the first time since 1992, even though it didn’t change the outcome. But now Georgians have something most of us never get: an opportunity to determine the fate of a president and a nation.

This is not an exaggeration. What’s at stake in Georgia’s two Senate runoffs Jan. 5 has nothing to do with “socialism” or “radical leftist mobs,” as my inbox keeps shouting. It is a choice between gridlock or progress toward goals most Americans support.

Please do not tune out these races, especially if you live in Georgia. Anyone anywhere can send money, but only you can vote. It has been a wearying political year, no question, but if you choose, you can give your country a great gift: a constructive presidency that will improve people’s lives.

And no, you didn’t already do that by voting for Joe Biden.

Democrats need Jon Ossoff and Raphael Warnock to defeat Republican Sens. David Perdue and Kelly Loeffler just to get to a bare 51-vote majority — and that includes Vice President-elect Kamala Harris as the tiebreaking 51st vote.

And what differences will that majority make? It affects almost everything. It means Democrats will decide what moves forward in the Senate, and what gets buried. It means Biden can get the Cabinet members, judges and Supreme Court justices he wants. It means House-passed bills will no longer sit in limbo for years in a Republican Senate led by Mitch McConnell.

It means Democratic senators can pass those bills and others, even if Republicans try to block them with endless debate (a filibuster) that requires 60 votes to stop. The majority sets the rules, so Democrats can simply vote to end the filibuster for legislation. And then they’ll need just 51 votes.

Will this turn into a socialist nightmare? Never, whether you love socialism or hate it.

Sure, Vermont’s Bernie Sanders calls himself a democratic socialist. And in at least one ranking, Harris was the most liberal senator last year. But the Democrats have a big tent that includes relatively conservative senators such as Jon Tester of Montana, Joe Manchin of West Virginia, Kyrsten Sinema of Arizona and her brand-new colleague, Mark Kelly. And every last Democrat, left, right or center, would be needed for the party to pass anything over GOP resistance.

Georgia, if you’re listening, here is what you could expect if Democrats hold this power:

►A strong coronavirus aid bill to help schools, businesses and people pushed to the edge by pandemic-related job loss, hunger, evictions and other hardships. The House passed a package in May, the Senate has done nothing, and Trump has sent mixed signals.

►A higher federal minimum wage. Two dozen states raised their minimum wage this year and seven are phasing in a $15 minimum over several years. The $15 minimum has support from two-thirds of Americans, including 56% of Republicans and GOP leaners who make under $40,000. There’s grist for the case in a new government report on food stamp and Medicaid programs in 11 states.

The gist: Seven in 10 people in both programs worked full-time hours — for major employers like Walmart (top four in every state) and McDonald’s (top four in seven of them). Sanders requested the analysis and it’s hard to argue with his takeaway, that taxpayers are subsidizing poverty wages at “some of America’s largest and most profitable corporations.” 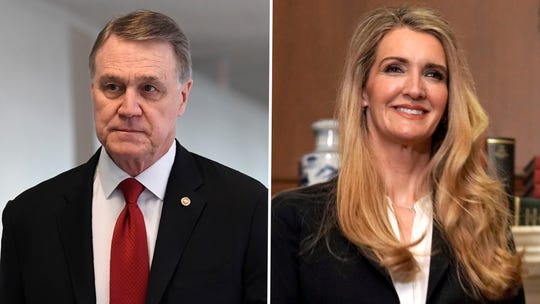 ►The For the People Act, a democracy reform bill the Democratic House passed in March 2019 but sits untouched in the GOP Senate. Do you think America needs some baseline national voting standards so it’s not harder to vote in one state than in another? Or would you rather empower a party that not only has erected obstacles to voting and counting votes, but even now is making false claims of fraud and trying to disenfranchise millions who already voted?

No one at the wheel: Trump has already left the building, but there’s lots we can do while waiting for Biden

►Better health care. Biden is not a “surrogate to the Alexandria Ocasio-Cortez wing of his party” and a 51-vote Senate majority does not equal Medicare for All. Democrats would be lucky to pass even a public insurance option (such as letting people buy Medicare or Medicaid coverage) to add to the private insurance plans in the Affordable Care Act marketplace. A Democratic Senate could also approve a 2019 House-passed bill to strengthen the ACA. It would add insurance subsidies for higher income families and pressure 14 holdout states to expand Medicaid to millions more low-income people. It would also allow Medicare to negotiate for lower prescription prices.

Give Democrats a chance

►Better balance on the courts. McConnell, the Senate majority leader, spent years obstructing Obama’s judicial picks and Merrick Garland, his Supreme Court nominee, then spent the last four years fast-tracking Trump’s choices. The upshot is a Supreme Court far more conservative than the country and a federal bench tilted the same way. A Democratic Senate would start moving the judicial mix closer to the mainstream.

Honor over ideology: Conservatives voting Joe Biden over Donald Trump are patriots. Thanks for the inspiration.

►Better balance in the Senate. Sen. David Perdue is a millionaire under scrutiny for controversial stock trades. Sen. Kelly Loeffler, also under fire for stock trades, is closer to billionaire status, according to Forbes, and likely the richest person in Congress. Yet in a recent ad she’s described as someone who understands “how it feels like waiting on that paycheck.” That might better apply to Warnock, her opponent, who is prospering as pastor of Martin Luther King Jr.’s former church but grew up in public housing in Savannah, the 11th of 12 children of two pastors and the first to go to college.

The deadline to register to vote in Georgia is Monday, and you can register online. In-person early voting starts a week later, and you find out where online.

Now it’s up to you, Georgia. Please, don’t reward the party that has tolerated and enabled Trump’s abuses of power, offensive and racist rhetoric, threats to blue states, incompetent hyper-partisan appointees, and refusal to disclose his finances, tax returns and business dealings in Russia or anywhere else. Give Democrats a chance to do better.

Jill Lawrence is the commentary editor of USA TODAY and author of “The Art of the Political Deal: How Congress Beat the Odds and Broke Through Gridlock.” Follow her on Twitter: @JillDLawrence

Fidelity vs. Charles Schwab: Which Is Best?

Fri Dec 4 , 2020
Investor uses a mobile trading app As investing platforms, Charles Schwab and Fidelity make for a very apples-to-apples comparison. Both are long-standing brokerage houses with a history of financial management, personal advising and retail services. Both have introduced online trading platforms in the form of apps and websites. And both […] 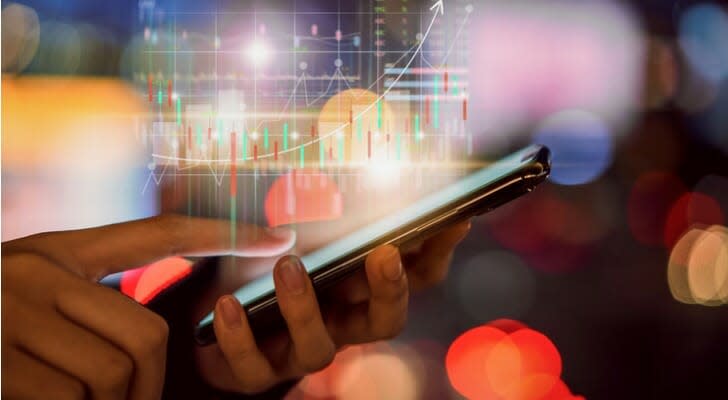