Americans will have no shortage of worthy causes to support this Giving Tuesday, but before clicking the donate button on Dec. 1, it’s worth hitting pause to make sure your dollars will be well-spent.

Here are three key steps to take before opening your wallet on Giving Tuesday, the annual campaign encouraging people to do good by donating or volunteering. Last year’s Giving Tuesday raised $1.9 billion in online and offline donations.

Make sure the charity is legit

Only about one-third of people who donate to charities do research before they make a donation, according to a 2017 report by the nonprofit Root Cause. But doing a quick check online can save you from wasting your money.

At a minimum, verify that the organization you’re donating to is a registered 501(c)(3) nonprofit. You can look that up on the Internal Revenue Service website. That’s also where you can see whether the organization is in good standing with the IRS.

But the feds aren’t the only regulators of charities: donors should also check with authorities in the state where the charity is based. Often state authorities get wind of complaints about a charity before federal law enforcement, and a state will sometimes suspend a fraudulent charity before the feds do. Most state attorneys general have easily searchable databases where donors can check a charity’s status. If you don’t know who your state charity regulator is, you can find it on the National Association of State Charity Officials site.

Each legitimate nonprofit has a unique Employer Identification Number, said Kevin Scally, spokesman for the charity rating site Charity Navigator. No two charities have the same EIN, and donors can use the number to verify whether a charity is legit.

“Your inbox is going to be cluttered by a lot of people asking for money and certainly in 2020 there’s a lot of need this year,” Scally said. “If you’re getting an appeal, or getting stopped on the street or getting a phone call, the person should have that [EIN] at the ready, and if they don’t, that’s a red flag.”

There’s no national database of complaints against charities. But donors can do a little digging by Googling the group’s name with words like “fraud,” “lawsuits,” or “complaints” to see if any news stories come up. Don’t forget to click past the first page of results.

Some two-thirds of donors never use charity rating sites to investigate organizations before they give, an October survey by Grey Matter Research found. While donors say they want to support effective charities, few try to check a group’s impact before they give, one 2010 study found.

“It’s important for donors to know there are empowerment tools out there that they can leverage so that they can give with confidence,” Scally said.

But before you read a charity review on a charity rating website, it’s a good idea to first visit the charity’s own website — a step that’s easy to skip when you’re donating impulsively, say, for a friend’s birthday fundraiser on Facebook
FB,
.
Make sure the organization explains its mission clearly, and that it’s in line with what you were hoping to accomplish with your donation.

Find out if your employer will match your donation

Many employers will match your charitable donation, but Americans often fail to take this step, and leave an estimated $6 to $10 billion in matching gifts on the table each year. Some major companies — including Apple
AAPL,
,
Facebook and Google
GOOG,

— have expanded their matching programs during the pandemic.

Before donating, ask your company’s HR department whether there’s a matching program available. One caveat: some companies will not match donations to certain types of organizations. For example, a company may have a policy against matching donations to religious organizations.

And don’t forget about the potential tax break

Nonprofits are hoping for a generous giving season, and the CARES Act gives people an extra incentive: they can deduct $300 in charitable donations without having to itemize.

The pandemic and this year’s calls for racial justice have spurred Americans to donate this year. They gave 7.5% more in the first half of 2020 than in 2019, according to the Fundraising Effectiveness Project. Nonprofit leaders hope that altruism continues through the end of the year, traditionally the busiest time for charitable giving as people reflect on the year, or seek to maximize tax breaks.

Tue Dec 1 , 2020
Tony Hsieh was the CEO of the online retailer Zappos for 20 years and pioneered a number of out-of-the-box work policies to foster innovation and productivity. One of them was “The Offer,” a program that offered new employees who decided they were unhappy a $2,000 bonus to quit following a […] 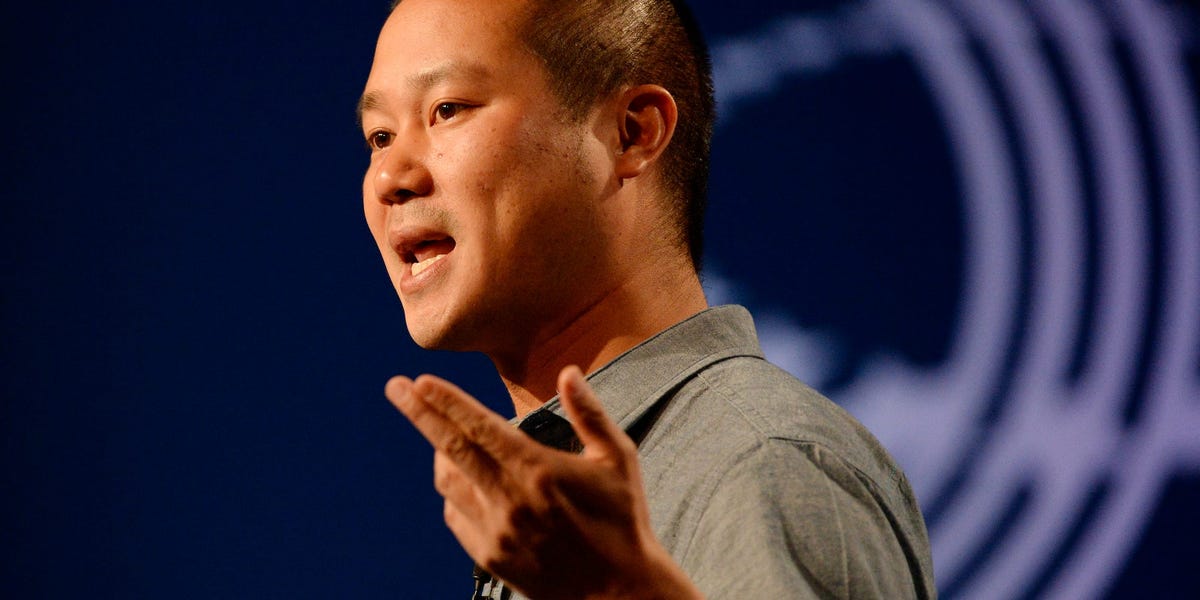