SILVER SPRING, Md. (AP) — The supercharged U.S. political landscape has grown potentially more perilous for companies ahead of the 2020 presidential election as Goya, a food company with a tremendously loyal following, discovered this week.

The company that makes products used in many Hispanic cuisines, but whose following extends well outside of that range, is getting some backlash after its CEO praised President Donald Trump at a White House event.

Goya was founded in Manhattan in 1936 by Prudencio Unanue and his wife Carolina, immigrants from Spain. The company calls itself the largest Hispanic-owned food company in the United States.

“We all truly blessed, at the same time, to have a leader like President Trump who is a builder,” Unanue said standing at a podium beside Trump.

Almost immediately, #BoycottGoya, #GoyaFoods and #Goyaway began trending on social media platforms with scorn coming seemingly from all directions, including Hollywood and Washington.

That backlash was countered online by Trump supporters, showing how any brand whether they make clothing or, as Goya does, beans, olive oil and adobo, faces potential danger ahead of what is already a highly contentious election.

Those pushing for a boycott of Goya products cited history of derogatory comments from Trump and harsh policies toward Hispanics, most notably, the administration’s policy of separating immigrant families at the U.S.-Mexico border.

Rep. Alexandria Ocasio-Cortez of New York said she would learn to make from scratch some of the Latin cuisine that Goya sells. Lin-Manuel Miranda, writer and star of the Broadway blockbuster “Hamilton,” echoed the congresswoman.

But the backlash was broad, with many posting videos of Goya products being dumped out or donated.

Unanue stood by his words in the Rose Garden during a Friday appearance on “Fox & Friends.”

“I’m not apologizing for saying — and especially when you’re called by the president of the United States — you’re gonna say, ‘no I’m sorry I’m busy no thank you?,” Unanue said. “I didn’t say that to the Obamas and I didn’t say that to President Trump.”

Unanue has been a longtime donor to Republican political causes, with the exception of political contributions to New Jersey Sen. Bob Menendez, a Democrat. )

Goya moved its headquarters over the Hudson River to New Jersey in the 1970s.

“It’s just a shame that people make everything so politicized, including food,” Conway said, also on “Fox & Friends.”

The potential danger for companies became clear almost from the first day of the Trump administration. A public statement, political donations, or support from an executive can bring a torrent of unwanted publicity, and boycotts, for the company they lead.

In 2017, the top executive at Under Armour walked back comments in which he called Trump “an asset to the country.”

In a full-page advertisement in The Baltimore Sun, where Under Armour is based, CEO Kevin Plank wrote that his choice of words “did not accurately reflect my intent.” He wrote that Under Armour stands for equal rights and job creation and believes “immigration is a source of strength, diversity and innovation for global companies based in America.”

Last year, the fitness clubs Equinox and SoulCycle attempted to distance themselves from billionaire Stephen Ross, a real estate developer whose Related Companies owns them, after he held a Trump fundraiser in the Hamptons.

Merck CEO Kenneth Frazier, at the time one of only four African-Americans leading a Fortune 500 company, was the first to resign from Trump’s business councils over the president’s remarks on the white nationalist protests in Charlottesville, Virginia. Others quickly followed Frazier’s lead, including the CEOs of Under Armour and Intel. The councils were eventually disbanded because of the public uproar.

Demographic changes and the massive Black Lives Matter movement are making race a pivotal issue in the upcoming election.

According to the Pew Research Center, 13.3% of eligible voters in the U.S. this year are Latino, a record high.

Trump has been working hard recently to court Latino voters, who could swing the vote in states such as Arizona and Florida. On Wednesday, he welcomed President Andrés Manuel López Obrador to the White House with lofty language, calling Mexico a cherished partner. Trump’s tone was in stark contrast from when he kicked off his 2016 presidential campaign by referring to Mexicans as “rapists” and railed against migrants entering the United States illegally.

Many of those that came to Goya’s defense Friday pointed to the company’s history of philanthropy.

This spring, Goya donated over 300,000 pounds of food, or about 270,000 meals, to food banks and other organizations as part of its pandemic relief effort. The company said it also donated more 20,000 protective masks. Last month, Goya showed up with thousands of pounds of food for families in the Bronx and Harlem who have been affected by COVID-19. It donated food to a public school in Queens.

Goya lists 2,500 products, from seasonings and cooking oils, to beans and other Latin American staples as well as frozen products and snacks. Their offerings are ubiquitous in grocery stores across the U.S., sometimes taking up their own entire aisle.

AP reporter Astrid Galvan contributed to this story from Phoenix.

Fri Jul 10 , 2020
Erin Napier knows social media can be a dark place — and now she’s taking matters into her own hands and changing the way people can interact with her posts.  The Home Town star, 34, previously opened up about Instagram bullies having taken an emotional toll on her, and on […] 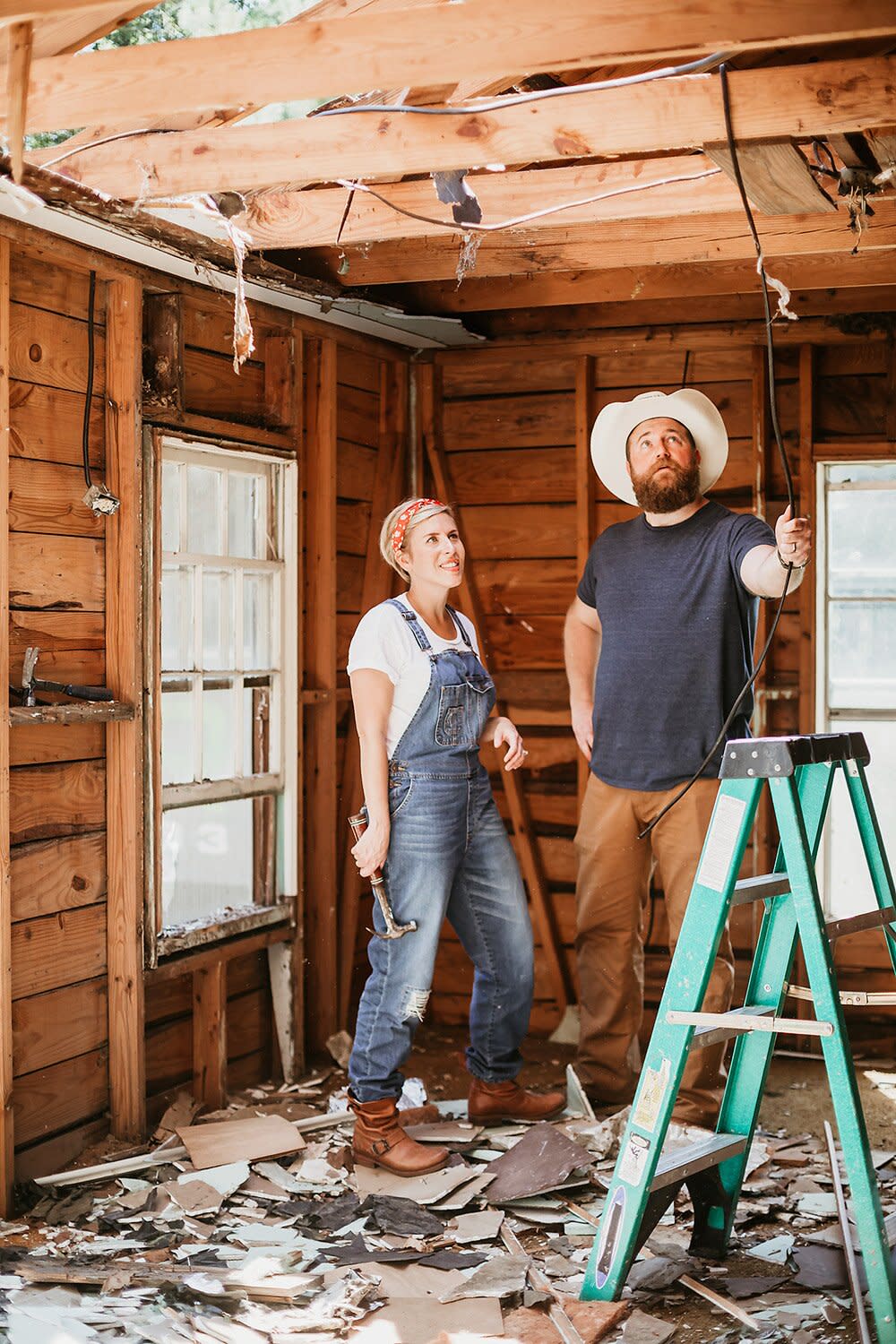