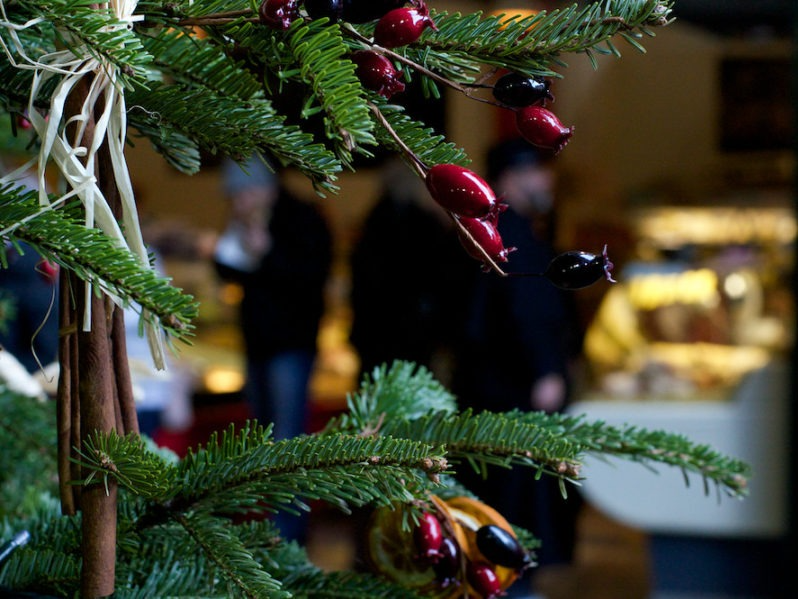 A lot of decorations will look familiar this holiday season, but the shopping opportunities will not.

The holidays are usually crucial for local retailers that count on increased sales as customers stock up on gifts for friends and loved ones. This year’s season is especially important for businesses that have struggled during the pandemic.

Many have embraced online sales more than before and planned for virtual events — as well as some socially distant, in-person gatherings.

Mallory Shelter, a jewelry designer and owner of Union Market District shop Shelter, says her business makes upward of 60 percent of its annual revenue in November and December. She’s depending on a big boost in the next month or so.

Shelter says sales are down overall this year, though they have evened out a bit. That’s thanks in part to custom work the businesses does, which she says has “skyrocketed” during this time.

So, where do you begin if you want to shop local this year?

Shelter recommends starting early. “The mail system is just completely inundated so turnaround times are much higher than they usually are with deliveries,” she says. “And because people are relying [on online shopping] much more than they usually have, things are just moving slower.”

She recommends being patient with the delivery process, particularly since most small businesses don’t have the capacity that large corporations do. “I, personally, as the store owner am driving gifts to people to ensure they get there on time, and I know a lot of other people are doing the same,” she says.

Shelter also says her store relies heavily on customers who come back and shop there time and again. “Shopping early and shopping often is kind of the slogan I’ve given myself,” she says.

In partnership with nonprofit District Bridges, the initiative is encouraging shoppers to make at least one purchase from a local business on Saturday. More than 300 businesses are currently signed up to participate, and many will be offering special sales, gifts with purchase, and more.

For each purchase made at a local business that day, customers will also be entered into a giveaway with prizes.

Many local businesses have invested in their online operations, and are expecting to do much of their business that way in the coming months. Stacey Price, co-founder of Shop Made in D.C., says she initially shied away from e-commerce.

“I’m like the most in-real-life person ever,” she says. “I know how to make an in-store display, I know how to entertain in a space.” She says the business, which currently works with more than 200 makers, is very much “about human connecting, connecting makers to consumers, and adding that personal touch.”

Price says when the pandemic hit, “it forced me to do the thing I had been putting off.” Shop Made in D.C. pivoted, expanding its limited online offerings, and was able to generate enough revenue in less than a month to start bringing back staff it had furloughed.

The business is offering a variety of local holiday goods like cards, candy, candles and more. Price also notes that the business’ gift boxes, which include a mix of different items, support “anywhere between 4 to 10 makers with one purchase.”

Shop Made in D.C. also offers virtual— and some in-person— classes where attendees can learn to make their own ornaments and other goods, and a new online personal shopping service.

The business’ brick-and-mortar locations began to reopen over the past few months for in-person shopping, including a new location at the Capitol Hill food hall The Roost. But Price says they now also have a “thriving online business.”

Holiday spending in November and December averages about 20% of retail sales each year in the U.S., according to the National Retail Federation. A number of economists are projecting little to no growth this year, but the outlook is still unpredictable, according to the Wall Street Journal.

Price says the “stakes are high” going into the holidays, because for many makers Shop Made in D.C. works with, the business generates the largest amount of their revenue during this time. “We’re both very nervous and optimistic,” Pryce says. “I’m seeing the consumer spend their dollars more mindfully than I’ve ever seen.”

Ramunda Young, co-owner of MahoganyBooks on Good Hope Rd., S.E., says it saw a similar surge in online business earlier this year in the wake of protests against systemic racism and police brutality. The store, which specializes in books by Black authors, saw an influx of business amid a large-scale push to buy those titles from Black-owned bookstores, Young says.

MahoganyBooks sold 100,000 books in 45 days, she adds. “Our website just rocked it out,” she says, though there were some delays as the influx of business proved a “challenge” for parts of the publishing industry.

Young says her shop didn’t need to pivot when the pandemic hit. It already had a robust website, focusing on marketing and giving customers “what they need.” This holiday season, she’s encouraging, customers to shop online.

“We really want our customers to be safe, and online allows us to do that,” she says, though the store is open for in-person shopping.

She says the shop typically does well during the holidays, and prides itself on having a “very deep inventory of Black books,” with items many other shops might not have. For holiday shoppers, they’re offering special items like a Black Books Matter box with a branded tumbler, t-shirt, and candle, as well as a kids book bundle, with titles perfect for youngsters. They also have wrapping paper that features Black Santa.

This year, some local traditions are going virtual, too. Local brewery D.C. Brau and the Heurich House Museum each typically host their own holiday markets. This year, they’ve teamed up for the virtual Hoptimist Holiday Market instead, a two-week event that will feature at least 40 local vendors.

After the Heurich House Museum hosted a similar event in April, which executive director Kim Bender says “gave people a little shot of money, and everybody a shot of happiness,” they got talking with the brewery. With both expecting to move their markets online, they decided partnering would increase the reach of both markets and help support more local businesses.

The market will run from Friday through December 11, though shoppers can buy passes to get early access. The word “hoptimist” means “someone who knows that buying local helps us all get through this together,” according to the market’s website.

“Wherever people choose to shop right now is who’s going to survive the pandemic,” says Bender.

For this year’s Record Store Day drop on Black Friday, Byrdland Records, the new store from the team behind Songbyrd Music House & Record Cafe, will welcome customers by appointment from 8 a.m. to 11 a.m. After that, walk-ups are welcome.

Co-owner Joe Lapan says they are also planning to participate in D.C. Shop Small and will host live music outside the store on Small Business Saturday, with exact details to come.

Byrdland offers online shopping as well, and Lapan says they’re building out their Christmas record inventory. But for shoppers looking for something unique, they also brought their Voice-O-Graph machine over from Songbyrd, and customers can record their own three-minute holiday message onto a vinyl disc.

The annual Downtown Holiday Market is also open this year through December 23 for in-person shopping. There are more than 70 exhibitors and new safety precautions in place, including social distancing measures.

Despite the difficulties this year, Price is confident that shoppers will turn to local purveyors. “I know people will come through this holiday season,” she says, adding, “We’re gonna do everything we can to make it a magical and beautiful and seamless process so that people can support the people making goods in their community.”

Wed Nov 25 , 2020
Text size Bing Guan/Bloomberg Energy companies have struggled to make enough money during the latest downturn to cover their dividends. Investors are concerned that major oil companies like ExxonMobil aren’t making enough to fund their dividends in a sustainable way. But a few energy companies are still pumping out enough […] 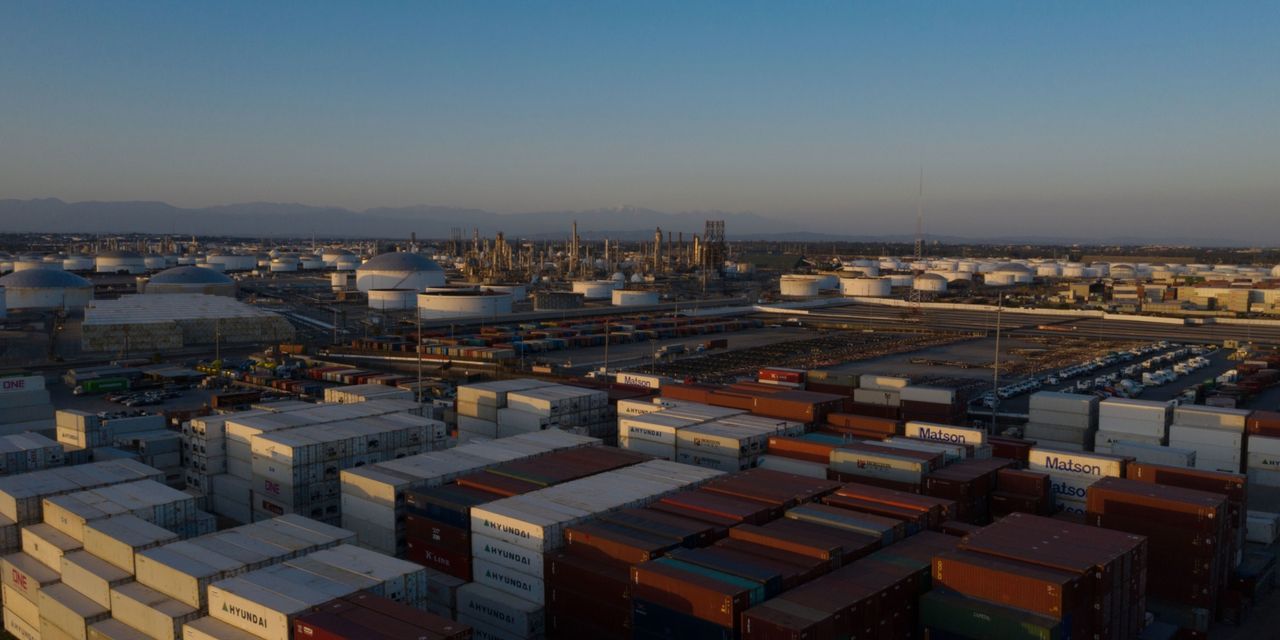