What happened to Ellen?

Once a venerated, respected and beloved figure in American pop culture, the comedian and daytime talk show host has spent the past few weeks making tearful apologies as allegations of sexual harassment, racism and general workplace toxicity at “The Ellen DeGeneres Show” surfaced. An investigation by studio Warner Bros. has so far resulted in the ousting of three producers.

Since the #MeToo movement gained traction in 2017 with sexual assault and harassment accusations against power producer Harvey Weinstein, it has become clear that Hollywood is often a much darker place than the movies and TV shows it produces. But to see upsetting claims about DeGeneres and her show, which aims to promote positivity and kindness, is particularly jarring to many of her fans. The hosts signs off with the mantra, “be kind to each other.”

But for some, myself included, DeGeneres’ “be kind” schtick has long left a sour taste in the mouth, both as the quality of her talk show has declined, and as she has stumbled through scandals. This is just the latest in a string of incidents – a controversial friendship with former President George W. Bush, her defense of Kevin Hart after homophobic tweets and insensitive comments about quarantine and prison – that have soiled the comedian’s sunny reputation. This latest scandal is the last straw.

Chelsea Hassi, a 30-year-old spa manager from Milwaukee and a former DeGeneres fan, says, “socializing with a president who negatively affected the rights of the LGBTQ community” was disappointing. “If her queerness is going to make her this much money, and if she is a public figure, by choice, then she should be supporting it in her everyday actions.”

The 2010s saw Ellen at her most powerful

There was a point in the early- and mid-2010s when DeGeneres was at the height of her popularity and influence. Oprah Winfrey retired her lauded talk show in 2011, and the ever-smiling, ever-dancing DeGeneres felt like the natural successor to daytime glory. Her show catapulted to new heights, with viewers on TV and online with her “Ellen Tube” website. “The Ellen DeGeneres Show” became the place where huge celebrities like Taylor Swift had the bejeezus scared out of them, pint-size viral stars were made and Daytime Emmys lined the walls.

In 2014, DeGeneres hosted the Oscars to critical praise. In 2016, President Barack Obama presented her with the Presidential Medal of Freedom. She is a regular winner at the People’s Choice Awards.

But for the past few years, DeGeneres and her show have been declining in vitality. Sure, her ratings are still strong – averaging 1.8 million viewers an episode in 2020 to date, according to Nielsen data, a bit below last year’s 2.2 million viewers average – but the entertainment quality isn’t what it once was. The bits are stale, her on-screen verve is noticeably fading, and the show struggles to offer relevant insight on current events. Perhaps DeGeneres and her brand weren’t built for the latter half of this decade, for the blistering exhaustion of the 2016 election, or for the political activism spurred by President Donald Trump’s election amid a more ideologically fractured country.

In 2020, the star and the show aren’t adapting well

DeGeneres wasn’t ready for the one-two punch of 2020: the upending of normal life caused by the coronavirus pandemic and the national protests and conversations about racial inequality and police brutality spurred by the death of George Floyd. Platitudes and dances don’t cut it in the current era.

In quarantine, the flaws of the series have been heightened. While some of her daytime competitors have thrived in quarantine (Kelly Clarkson, Wendy Williams), or even just gotten along fine (“The View”), “Ellen” has sagged creatively. The talk show thrives on energy – of the crowd, of the guest and the host herself – to create the dance-y, happy tone that has made it a force in the ratings. Without an audience, and without her interviewees in the room, DeGeneres is markedly downbeat. All shows typically filmed in front of a studio audience are suffering slightly right now, but DeGeneres clearly needs the laughter and applause more than others.

Her segments are still highlighting inspirational stories, just on Zoom now, but it feels as if DeGeneres herself isn’t particularly affected by the emotion of a principal who buys supplies and food for his students, or a high school graduate and the teacher who changed his life. She reads flat, where once she leaped off the screen.

Are fans abandoning her?

In late 2018, DeGeneres released on Netflix her first stand-up special in 15 years, “Relatable,” which didn’t do much to endear viewers. Jokes about her fame, wealth and public persona didn’t land at all. A profile in The New York Times around the same time underlined that she’s not as chipper as she appears on her show.

“There’s been times someone wants a picture, and while I’m doing a selfie, they’re like, ‘You’re not dancing!’” she said. “Of course I’m not dancing. I’m walking down the street.”

Perhaps fans won’t be expecting as much happy dancing from her after current and former staffers described a workplace rife with racism, sexual harassment and fear.

“I don’t accept her public apologies,” says Rebecca Benedetti, 25, who lives in Houston and recently earned a masters in operational psychology. “I think if you’re going to preach kindness and make it your actual brand, you should practice it.”

Although the talk show is not likely in danger of cancellation, nor is DeGeneres likely to step away yet, there is a question about whether this scandal will affect viewership.

More: ‘I am sorry’: Ellen DeGeneres apologizes to talk-show staff after complaints of mistreatment

More: Is Ellen DeGeneres done with her talk show? Why that’s not likely, at least not now

“This scandal in particular has damaged my opinion of her,” said Crosby Pennington, a 24-year-old sourcing specialist from Denver. “Regardless of what she did or did not know, she is ultimately responsible for setting the tone for her workplace. I can’t say whether I will ever watch the show again.”

DeGeneres recently said to the Daily Mail that she “will be talking to my fans” about what the show will look like going forward. She remains a popular figure, and not all of her fans have been deterred.

“I am willing to allow for growth and change,” says Lois Ouellette, a 73-year-old retiree from Massachusetts who has been a fan of the star since DeGeneres “bravely” came out as a lesbian in 1997. “I do not support this ‘cancel culture’ where everyone is guilty until proven innocent. It seems to me to be overreacting emotionally. Our country needs dialogue.”

Whether DeGeneres is the host who can provide that dialogue meaningfully remains to be seen. After watching her show, her stand-up and her public response to these scandals, I wouldn’t count on her as a leader to combat this kind of bad behavior. But I would gladly be proven wrong.

Mon Aug 24 , 2020
In the first of a five-part series analysing the state of football in the post-Covid world, Jim White examines the parlous condition of non-league football. Back in March, Paul Lyon had never heard the word “furlough”. Six months on and the finance director of Oxford City credits the policy brought […] 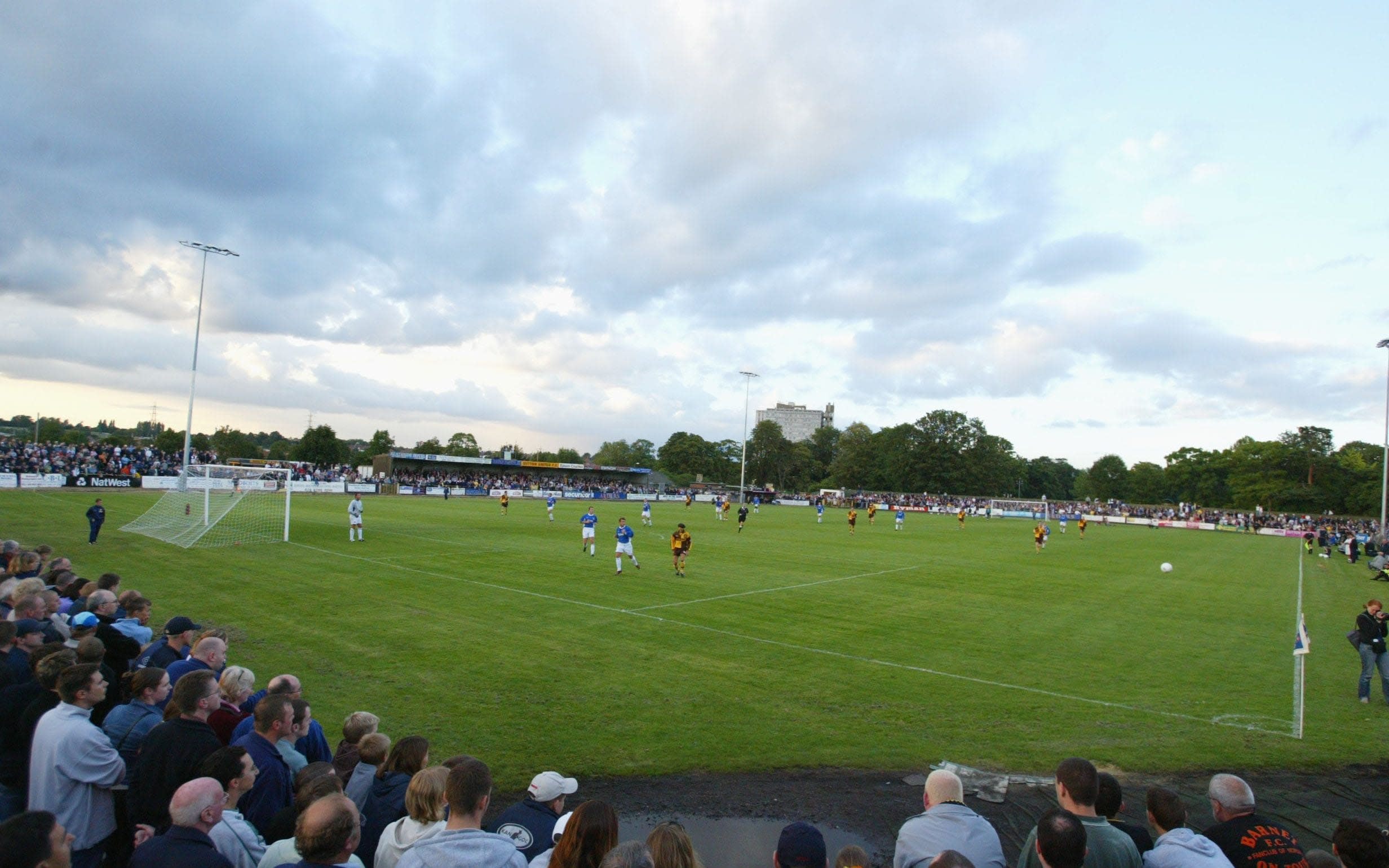