The pandemic is partly responsible for the change. With COVID-19 leading to widespread telecommuting, acceptance of untraditional working arrangements has gone from rare to de rigueur. That has broken down barriers that discouraged companies from hiring off-site experts, says Joseph Fuller, professor of management practice at Harvard Business School.

At the same time, the uncertain economy makes companies reluctant to hire full-time employees. Instead, they’re enlisting part-time and temporary consultants, bringing in expertise on an as-needed basis.

“When companies are under duress, they innovate,” says Fuller, who recently co-wrote research on the market for skilled freelancers. “They often take that learning and make it part of their permanent approach.”

Online platforms such as Upwork, Toptal, Braintrust and Catalant are a key to the trend, Fuller says. These gig platforms screen freelancers, sussing out specialties and publishing ratings from their former employers. That creates the equivalent of an online talent supermarket — a big benefit to companies in need of experts, he says.

Using freelancers rather than hiring new employees also saves companies time and money, he notes. It enables them to experiment with new people and processes without making costly long-term commitments.

However, these job platforms are a mixed bag for the freelancers themselves. Some provide invaluable matchmaking services. But others charge far too much for questionable benefits.

Reviewing more than a dozen online job platforms for skilled freelancers, SideHusl.com found that more than a third of the platforms provided substandard to barely average options. In many cases, the only outstanding thing about the fair-to-middling bunch was the wide array of fees they imposed on their freelance workforce.

Still, many of the skilled job platforms provided better-than-average opportunities, allowing freelancers to set their own rates and collect 100% of what they charge. The better platforms generally charge clients a fee for the introduction instead of digging a commission out of the freelancer’s wages. And they have a stable of high-quality clients that expect to pay premium prices for skilled work.

As is true in many areas of the freelance economy, some of the best places to find skilled work specialize in a limited range of positions.

Creatives: Working Not Working connects “creatives” — such as writers, editors, producers, photographers and illustrators — with big companies that need talent. The site’s fees are paid by the companies that do the hiring, not by the creatives listed on the platform. And the site’s client list is a who’s who of innovative Fortune 500 firms.

Technology: One of the most hotly competitive markets for freelance talent is in the tech sector, where experts in everything from software development to user experience command six-figure wages. Not surprisingly, some talent networks specialize in connecting these tech experts with clients. Braintrust and Toptal, for example, list only technology specialists.

Tech specialists are also highly sought-after at dozens of other sites that have a broader mandate. Many freelancers on Upwork, for instance, complain that much of the site’s work is poorly paid, but those with specialized technology skills say they can find plenty of well-paid assignments there. That said, Upwork gets its fees from freelancers rather than from the employers.

Insurance, HR and accounting: WAHVE enlists pre-retirees in the insurance, human resources and accounting fields to work with small businesses that need temporary or part-time help. Workers here give up benefits and, sometimes, higher salaries in order to gain the freedom of a flexible work schedule. Worker reviews of the site are overwhelmingly positive.

All skills: Far more sites have a broad mandate, allowing a wide array of skilled professionals to list their availability and rates. Among the better sites in this category: Catalant, Gerson Lehrman Group, Maven, Zintro, FlexProfessionals and FreeUp.

What makes these platforms better than their competitors? Two things.

One is fee structures that charge clients, rather than freelancers, for the connection.

The other is that these freelance marketplaces have rules that prevent bidding wars between freelancers — wars that can drive pay rates into the basement.

Instead, they usually allow freelancers to set their own rates and focus narrowly on niches where they can command premium prices. The better sites play matchmaker, allowing only people with pertinent skills to vie for plum positions.

SideHusl is less enthusiastic about Upwork, Freelancer, PeoplePerHour and Guru. These sites exact high fees from workers, create environments that encourage clients to post low-wage jobs, encourage underbidding for work by pitting freelancers against one another, or all of the above. Although it’s possible to bump into decent projects on these sites, the odds are not in the freelancer’s favor.

Kristof is the editor of SideHusl.com, an independent site that reviews hundreds of money-making opportunities in the gig economy.

Dave Ramsey says these are 10 reasons you're not getting ahead

Sat Jan 9 , 2021
Dave Ramsey says these are 10 reasons you’re not getting ahead Talk-radio host Dave Ramsey says you can solve your money troubles just as soon as you stop causing them. The money management guru has been doling out his signature blend of tough-love financial advice and Biblical wisdom since 1992. […] 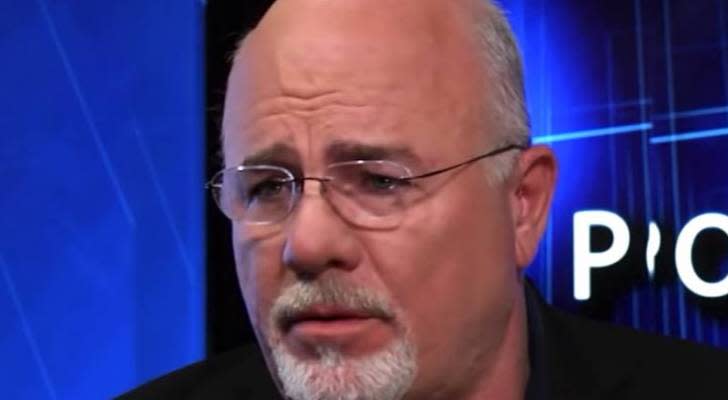