MILWAUKEE – Jason Rohloff is an avid home brewer, but only COVID-19 can explain his recent output.

Rohloff, a 40-year-old manufacturing manager from Cudahy, has brewed 100 gallons of beer since the pandemic started. That’s more than what he would typically make in eight or nine months.

“I have beer now that I don’t what to do with, I brewed so much,” Rohloff said. “I can’t imagine the circumstance is unique to a lot of people.”

However, those who sell home-brewing equipment in Milwaukee say there is definitely a surge.

“There’s nothing to do but drink beer and brew beer,” said Ben Caya, owner of Milwaukee-based Spike Brewing.

He’s kidding, but Spike, which makes premium equipment for brewing at home, saw its best two months of its 10-year history in May and June.

More layoffs: Nordstrom to lay off some employees, as the coronavirus continues to take a toll on retail

Caya wasn’t sure the pandemic would turn sales in Spike’s direction.

“We know we’re a hobby,” he said. “If you lose your job, you’re probably going to pay your mortgage, buy food and water.”

Then an online site and Pinterest called home brewing one of the top 10 things to do during quarantine. Men and women with money and time on their hands took note and discovered brewing beer. Or decided to get back to brewing and upgrade equipment to do it.

“All those factors worked well for us. It created a perfect storm for us, but it could have gone the other way.”

The kits cost $100 and include everything to make a 5-gallon batch of beer (about two cases). They include fermentors, a kettle and all the ingredients.

“If you like cooking, you’re going to like this,” Boehm said. “It’s boiling beer. It’s like making soup, which is what we usually link it up with.”

The upsurge has been noted by Rob Howard, the assistant manager who thinks “people are bored or trying to be a little more self-sufficient because they’re afraid to go out.”

Either way, he’s happy to see them.

“Our bosses are saying this has basically reset the industry,” Boehm said. “It’s significant.”

Boehm thinks beer lovers might be hoping to re-create their favorite flavors after brewery taprooms were forced to close in March.

In the same way making sourdough bread with a starter became a pandemic obsession, so has brewing at home. Both rely on fermentation, patience and spare time.

Richard Heller has been a home brewer for 25 years, even when he was selling beer for Goose Island. He’s also a member of The Beer Barons of Milwaukee home-brew club.

“Home brewing is having an upsurge as, I think, many hobbies and things have had an upsurge. Wine making, too,” Heller said.

He’s brewed twice since March, but he makes beer in 10-gallon batches. He can vouch for the uptick in home brewing because ingredients like unusual hops or a specific yeast aren’t as readily available as they were before the pandemic.

“It used to be you just run to the store and get these things,” Heller said. “Now you have to do more planning in advance.”

Jason Pinkowski, an editor for WMVS-TV (Channel 10), stepped away from home brewing because he got too busy.

“I tend to brew more now because I have more free time,” Pinkowski said.

He can’t go to band practice – he played in three different musical acts. He’s not out meeting people. Instead, Pinkowski heads to the basement to make beer.

It takes up to six hours to brew 10 gallons of beer, including a lot of waiting. The water has to boil. He has to mill the grains. There’s mash time, hop additions and then whatever else he wants, like coriander or honey.

Pinkowski, who lives in Wauwatosa, calls brewing a creative outlet. It also allows him to have beers on hand at all times, including a low ABV (alcohol by volume) wheat beer he calls perfect for summer.

“People are getting back more into the things that used to bring them joy and they just ran out of time in normal life,” he said. “Now is the perfect time to do it.”

Sales continue at both Northern Brewer and Spike.

Caya said the influx of people buying equipment to brew beer at home hasn’t slowed. Spike introduced a new product, a complete brewery in one kettle, and had its best day ever in pre-sales. When it launched in mid-July, it was the fifth best day of sales for Spike, well over $100,000.

COVID-19 Is Worse for Immigrants

Wed Aug 5 , 2020
Photo credit: John Moore – Getty Images From Marie Claire For the past three-and-a-half years, the Trump administration has attempted to make life impossible for immigrants living in the United States, while simultaneously making it harder for people to seek refuge here. It has implemented truly extreme anti-immigrant policies including […] 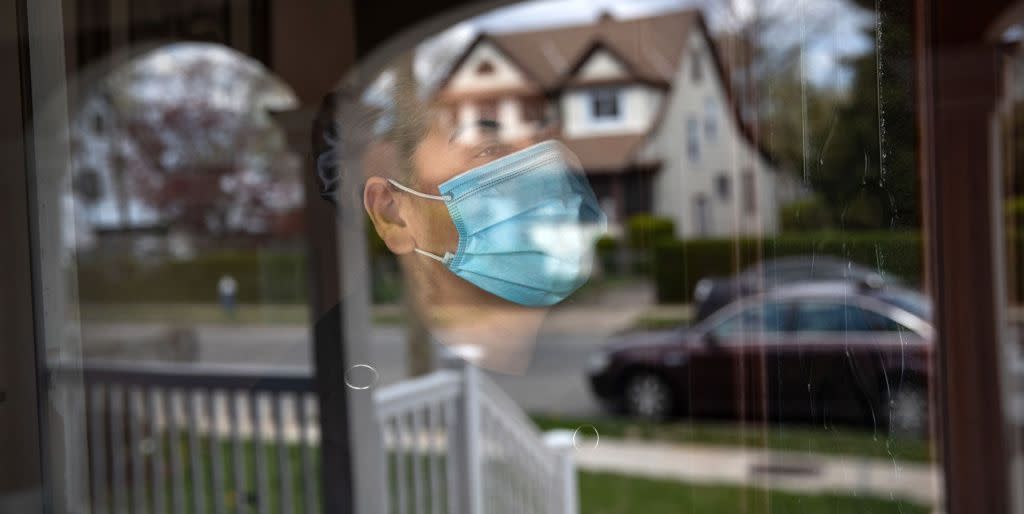