A new test may help curb the spread of the novel coronavirus.

Unlike the initial COVID-19 tests, which required a nasal swab, this new test just uses a saliva sample to determine if a person is currently infected with the virus.

NBC News investigative and consumer correspondent Vicky Nguyen appeared on TODAY Wednesday morning to discuss the new COVID-19 test, which she called a potential “major step forward,” and to try it out herself.

What is the ‘spit test’?

There are actually two different versions of the saliva test that are currently available.

One test, known as SalivaDirect, was used by Yale School of Public Health researchers to rapidly test basketball players in the NBA “bubble” and make sure that cases did not spread throughout the professional league. Earlier this month, the U.S. Food and Drug Administration (FDA) gave emergency approval to the test, which allowed it to bypass the typical FDA approval process.

The second version of the test, the Vault Health test, was developed by Rutgers University and given emergency approval for home use. Since then, it has become a key part of college re-opening plans across the country. Currently, 65 colleges are working with the company to ensure that students can take the test at home before coming to campus.

“Testing will be very, very important and will be a key element of protecting our college campuses,” said Eric Baker, dean of Purdue University’s College of Pharmacy and a professor of medicinal chemistry and molecular pharmacology in West Lafayette, Indiana.

Ideally, the test will prevent sick students from coming to campus and spreading the virus to other students.

How do you take the test?

According to Jason Feldman, the New York City-based CEO and co-founder of Vault Health, the at-home test is a “game-changer.”

“First of all, it’s much easier to administer … You’re spitting in a tube, which just about everybody can do, even kids, and you’re just giving us enough spit to be able to tell if there’s virus in there,” he told Nguyen.

Nguyen said that she ordered the Vault Health test online, and it arrived within two days. Once she was ready to try it, she set up a video chat with a clinician who was able to make sure she took the test correctly. Administering the test in front of a health care professional is recommended to prevent human error. Another requirement of the test is that you not eat or drink anything for at least 30 minutes before taking the test.

To actually take the test, one spits into a funnel, which drives the saliva into the tube. Those using the test must reach a black line marker to make sure there’s enough saliva for an accurate test.

“This is going to take a while,” Nguyen joked; the clinician said that the fastest he had ever seen anyone fill the tube was in just 30 seconds and recommend doing things like smelling strong scents such as pickles or citrus fruits, or thinking about your favorite foods.

Related: The test was developed with partnership with the NBA, which needed frequent testing to start its season safely.

“It fills up faster than you think,” Nguyen told viewers. “Just be persistent.”

After filling the tube, mix the saliva with a preservative to keep the sample fresh, then seal the tube. The test includes a pre-addressed bag, which the sample is placed in. Once mailed, the sample is overnighted to a lab at Rutgers University in New Brunswick, New Jersey.

How much does it cost to take the test?

For students at some schools, the test is being offered free of charge, but colleges are spending “millions” to get the test to students.

“The schools we spoke with told us the tests are an investment (to) try and protect students and staff,” Nguyen said.

For people who want to buy a test on their own, it currently costs $150 to order the kit directly from Vault Health. However, the company says that as they run more tests, the cost of the kit will go down. Insurance may also cover some of the cost.

How effective is it?

Feldman said that the Vault Health test has “a 1% of even less than 1% false negative rate,” potentially reducing concerns about misdiagnoses, but other experts warn that there’s not yet enough data to know how much virus is present in saliva.

“(Saliva tests) are generally very accurate,” said Dr. Keith Jerome, head of the virology division at the University of Washington in Seattle. “They’re probably a little less sensitive than the nasal swab, which is the term used to mean that if people have very, very small amounts of virus, it’s possible that the nasal swab would detect that whereas the saliva wouldn’t.”

How long do results take?

According to Vault Health, results of the test are available within two or three days; Nguyen said that she received her results in two days.

Related: With more schools and universities that intended to have students return in person now switching to online courses, is there a realistic way to make the college experience safe with coronavirus hot spots still popping up? NBC’s Blayne Alexander has this week’s Sunday Focus.

At Purdue University, students are being asked to take the test within two weeks of arriving on campus. Other schools, including colleges, high schools and elementary schools, are planning to keep tests on hand for students and staff in case of exposure.

“They get the results back in a couple days, and will know quickly if they need to quarantine,” Nguyen said.

'I Was One of Those Kids'

Wed Aug 26 , 2020
Maria Sharapova With the U.S. Open scheduled to begin in just a few days, tennis star Sloane Stephens is anxious to hit the court — and stay safe while she’s doing it. “I’m a super germaphobe, so I’m worried about not getting anyone sick or me not getting sick,” Stephens […] 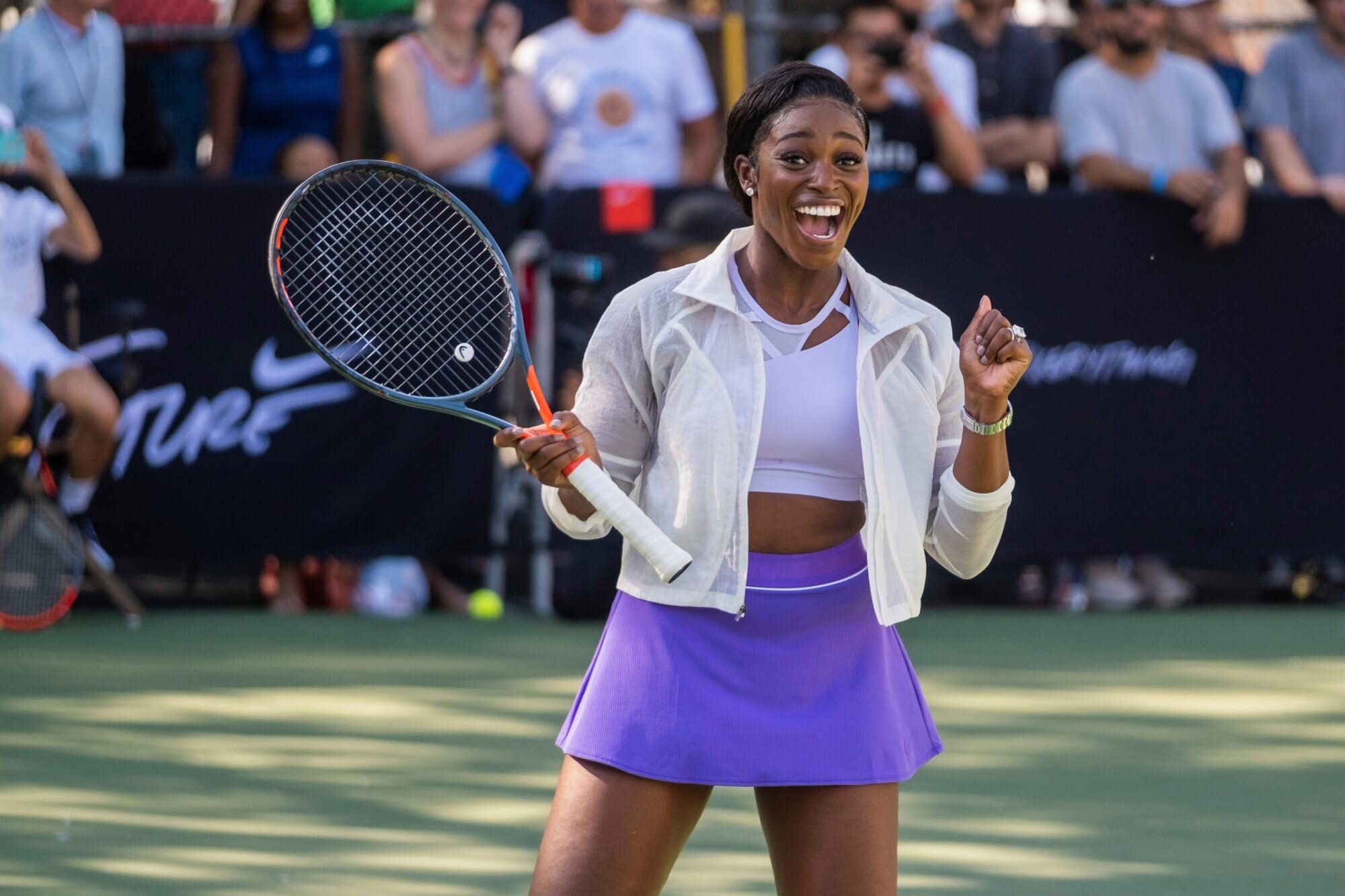