When trying to understand why the Government seems to make so many mistakes in the handling of coronavirus, put yourself into the shoes of senior ministers.

The sequence goes something like this. Death figures and infection rates rise, as they are doing now. Your scientific advisers say the rises can be contained by stricter measures. NHS administrators sound warnings about lack of capacity without such measures. Those advisers are themselves shaped in their thinking by knowing they will pay no price for overstating likely deaths, but will be criticised for negligence if the deaths exceed their predictions. Thus the “worst-case” scenario quickly becomes, in the public mind, the “likely outcome”.

So, when the data look bleak, you, the minister, have little choice but to accept the advice. If you do not, and death rates go on rising, hospitals have to turn away patients, and you are accused of preferring your own judgment to that of experts. That is the end of you.

Critics will say: “But what about jobs and businesses and mental health and cancer care?” and all the other things adversely affected by lockdown. They will be right. But my point is that, once the infection rate shoots up, such objections seem less urgent than lots more deaths in the next few weeks. Fear is the key. Therefore ministers almost have to behave as they do. It is not that they are stupid or callous or not listening. It is that they are trapped. They have told us they will bring down rates of infection and death, and this is something which is within their power. But what is not in their power – yet – is to get rid of or neutralise the virus.

This is another reason why I find the constant denunciations of everyone involved unhelpful. It is clear that no one in the entire world has really got to the bottom of this virus. One or two comparable free countries, such as Germany, have better prepared, nimbler health systems than our NHS brontosaurus, but essentially we nations of the West are in the same boat. We are playing for time, and we find we have to buy that time at the cost of the future. As we save lives, we lose livelihoods.

It is an appalling situation. But if you or I had to make the decisions that ministers are facing, I think, given the political pressures, that we would decide in much the same way. The same would be true if we had a different government, as Parliament will tacitly recognise when both main parties vote for the new measures tomorrow.

A conspicuous potential victim of the latest rules seemed to be the Cenotaph ceremony this Sunday, as were parades beside town and village war memorials all over the country. The rules might appear to prevent an act of collective public remembrance – a case of “Lest we infect”, instead of “Lest we forget”.

So it is a relief that the Government says the essence of the Cenotaph ceremony – prayers, hymns, British and Commonwealth wreath-laying, prime ministers old and new, and the usual leading members of the Royal family, including the Queen on the balcony of the Foreign Office – will be present and correct. The only aspect that will be seriously pared down are the numbers of the public. Even these will not be enforced by fearsome barriers.

This example is supposed to set the tone nationwide. Earlier this year, the police stood almost idly by as protesters for Black Lives Matter or Extinction Rebellion defaced public statues and broke Covid restrictions. It will be extraordinary this Sunday if they try to impede or arrest people who come to our memorials to pay their respects.

The situation is particularly poignant, because this year is the centenary of Lutyens’s extraordinary building in Whitehall. It is arguably the simplest, most effective monument to death in war ever erected in the UK. Sometimes an old custom is killed off by war or plague. People think they want something new. I wonder if Covid-19 will have that effect on Remembrance Sunday. With the last survivors of combat in world war well over 90, some may feel that the conflicts of the last century should recede from the mind of the present one. Others are certain to try to “decolonise” remembrance, though British military success in world wars was a joint effort alongside Commonwealth servicemen from all over the world, many of them what are now called BAME.

What a mistake that would be. The story of the 21st century so far does not suggest we understand the arts of peace much better than our ancestors who died for it.

The Church calendar is a big part of Christian life – Christmas, Easter, All Saints Day last Sunday. The calendar helps tell the story of the faith, especially its celebrations. The word “holiday” derives from “holy day”. As churchwarden in our parish, however, my wife has to deal with more practical matters. Last month, out from the regular newsletter she receives from Ecclesiastical Insurance fell that firm’s illustrated “Risk Calendar”, offering “key dates through the year to help you look after and protect your church”.

It is a gloomy procession. In comes January, with a picture of pipes that need lagging. April reminds you to check that “external metal is marked with an approved forensic solution”. The accompanying picture shows a CCTV camera. August is entitled “Slips and tips” and depicts someone falling over. September offers “Darker evenings”. “Merry Christmas”, you are told when you wearily reach December: “Review your safety and escape procedures.”

Of course it is right to make provision for trouble, but at a time like this, I prefer Jesus’s famous saying: “Take…no thought for the morrow…Sufficient unto the day is the evil thereof.”

Tue Nov 3 , 2020
Rebounding gradually from a strong coronavirus hit, Hugo Boss reported sales in the third quarter decreased 24 percent, currency adjusted, to 533 million euros. In the first half of the year, sales were down 38 percent due to pandemic-related lockdowns. “We made further progress in the recovery of our business, […] 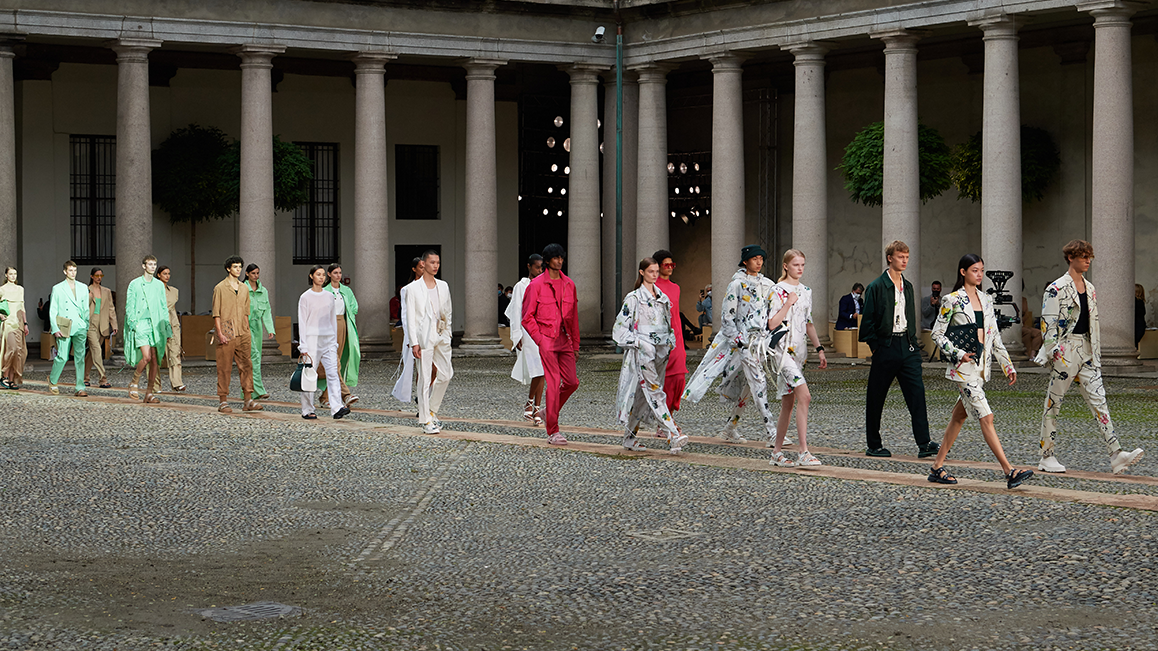