Back in March, Paul Lyon had never heard the word “furlough”. Six months on and the finance director of Oxford City credits the policy brought in by the Southampton-supporting Chancellor Rishi Sunak for ensuring his club will be able to start the new National League South season.

“No doubt about it, we would have had to let everyone go, all the playing staff, the groundstaff, the community team, all of them,” Lyon says. “But thanks to the furlough scheme we could keep everyone and we’ll be ready for the new season.”

He pauses for a moment before adding: “That, though, is when it will get really challenging.” Lyon reckons it is because of temporary government emergency support over lockdown that, like Oxford City, all of the 67 clubs in the three divisions of the National League will start the new season on October 3. Indeed it might be regarded as a strength of the non-league game in this country that during the pandemic only Droylsden FC in the Northern Premier League folded. Now, however, as they prepare for the new season, non-league clubs will be taking staff off furlough. Returning everyone to the payroll when they have had no income for six months and as yet have no certainty about how they might generate any in the immediate future means this is when the real issues start.

“I fear there will be further casualties,” says Bill Waterson, co-chairman Altrincham FC, newly promoted to the National League. “Nobody knows precisely how they can operate in the new season. At this level clubs tend to live hand to mouth at the best of times.”

The problem facing those running the clubs is that as yet nobody knows how many of those supporters will be allowed through the turnstiles. Or indeed whether fears of a second pandemic wave will forestall any hope of a return. The National League has asked clubs to do their own feasibility study on how to keep crowds socially distanced, assessing criteria such as the size of the stadium concourse, circulation space and the ease of exits.

Although reports have been submitted to local authority health and safety departments, as yet few definitive numbers have been offered. So season ticket renewals, a vital part of every club’s revenue, have not been issued. And for many a non-league club the uncertainty extends beyond the numbers allowed in. Demographics at this level of the game suggest a significant proportion of supporters are well over 60. There can be no guarantee they will wish to rush back.

“I think this is a serious concern for many of our regulars,” says Lyon. “Yes we get students, yes we get ground-hoppers, but a lot of the fans coming through the gates every week are older. Will they come piling back or will they hold off for a bit? Who knows?”

Which is why Lyon, like many a non-league director, is as concerned about other aspects of his club’s income stream as he is about gate receipts.

“We have a 3g pitch which is hired out for community use every day of the week,” he explains. “We have a bar that provides food and drink for those hiring the pitch. We have darts teams, yoga clubs and all sorts using the bar. During the summer we have festivals and youth tournaments. All of that went with lockdown. Normally we start the season with a nice pot of money from the summer activities. We’ve none of that.”

At National League Maidenhead United the issues are the same. “We have a five-a-side pitch next to the ground that is a little gold mine for us,” says the club chairman Peter Griffin. “That closed overnight, along with our function suite and bars. What we don’t know yet is how much of our normal activity we will be able to reopen.” Such uncertainty of income has fed directly into financial planning. Wrexham, one of the biggest non-league clubs, has enforced a 40 per cent reduction in its playing budget and Waterson expects to see others obliged to be similarly frugal.

“Though we probably have more techniques in our kit bag to adjust costs than league clubs,” he explains. “One thing non league clubs can do very well is turn the taps off midway through a season. You invest in the playing squad to make a run for promotion, say, it doesn’t happen, the contracts mean you can release players. I expect to see a lot of clubs doing that if things don’t pick up.”

One huge area of uncertainty is how prevalent local lockdowns become, bringing with them inevitable disruption to matches. Anticipating future curtailments and delay, many clubs have changed the duration of players’ contracts, extending them from the standard 39 weeks to 52. Though with no increase in cash. Indeed, for non-league players, one thing is certain: there will be less money around.

At Maidenhead, Peter Griffin has been alerted to several former league players who have decided to turn part-time, seeing their playing future more likely to involve using football to supplement their income rather than depending on it for everything. “Our players have been brilliant,” he says. “They are not on big money anyway, but when they went on furlough, they all agreed immediately to a 20 per cent cut in their income. There are no Mesut Ozils in the lower leagues.”

But what there is in the non-league game is a long-standing and unifying community spirit. That was clear when Altrincham were involved in the National League North play-offs in May. Bringing players off the furlough scheme and undertaking an extensive covid-testing programme, meant the club was faced with a bill of over £50,000 in order to complete three behind-closed-doors matches. A fund-raising effort among the fans raised £45,000.

“Yes, it helped that we won the play-offs,” says Waterson. “But that is an example of the connection between the fans and the club that you get at this level.” It is also example of the sort of financial juggling that, Maidenhead’s Peter Griffin believes, will help non-league clubs negotiate the substantial challenges ahead.

“When you’re a club with not much money, you get used to making do with less,” he says. “I was chairman during the financial crisis in 2008 and I honestly thought football would change. For a couple of years things did slow down a bit, but then it was back to the way it ever was. Clubs will always on the brink, they will always spend money they haven’t got. Which is why I honestly believe there is more chance of bigger clubs going bust than clubs like ours.”

Over the next nine months we will see if such optimism is borne out.

The regulars will find Sutton United’s Gander Green Lane ground looking very different when they turn up for the first home game of the National League season in October.

There will be one-way systems, no-go areas, a host of hand-sanitising stations; in the main stand, only one one in eight of the 750 seats will be available to sit in; any refreshment outlets allowed to open will be cashless, admission will be bought in advance online and everywhere will be signage indicating where spectators can – and cannot – go.

Like every club in the National League, Sutton has been obliged to re-configure its ground completely for the new social distancing reality. “We had to appoint a Covid Operations Officer,” explains Adrian Barry, the club vice-chairman. “We have spent an enormous amount of time and energy getting the place up to speed. But the good news is, at least we have got football back again.”

Sutton’s last match before lockdown was a 1-1 draw with Hartlepool on 14 March. Since then, the place has been closed. The 3g pitch, normally in use seven days a week, was not available for hire. The club’s bars were shut, the hospitality suites no longer able to host functions, and the extensive community programme, involving two women’s sides, three disability and 20 junior teams, not to mention an over-50s walking football squad, put into abeyance.

“We estimate the financial hole over the time since lockdown began, in terms of lost matchday income, facility hire and sponsorship, to be around £200,000,” says Barry. “Given our playing budget is £300,000 a season, you can understand that is quite an amount.”

In order to comply with regulations on reopening to the public issued by four different bodies – the Department of Culture Media and Sport, the local authority, the National League and the FA – the club was obliged to appoint a whole team of Covid operatives to work in conjunction with the stadium manager. Each stage of the process of reopening was checked by local authority health and safety officers. Nothing has been left to chance: a whole new way of operating has been put into place.

“All the staff doing the work on this have been volunteers,” Barry explained. “Like a lot of non-league clubs we rely on volunteers here. We’ve not got a big supporter base, but we have a very good core of loyal supporters for whom the club is their community.”

As yet there has been no indication from the authorities about how many of the regulars will be allowed back into Gander Green Lane for the first home game. But the ground has wide, open concourses and unobstructed exit points, so Barry is hoping close to the usual home crowd of 1300 might be able to attend. Because without them, he suggests, the continued existence of the club will be endangered.

“Let’s not beat about the bush here, the return of supporters is critical,” says Barry. “Throughout lockdown the board has met every week, discussing what we are going to do, what costs we can save, what expenditure we can limit. Sutton is a club that has long lived within its means. We have established what we believe is an approach that will allow us to go forward. But that is entirely dependent on fans coming in, on the bars opening up and us being able to rent out our pitch once again. Until we can get back fully to that position, it is going to be tough, tough, tough.” 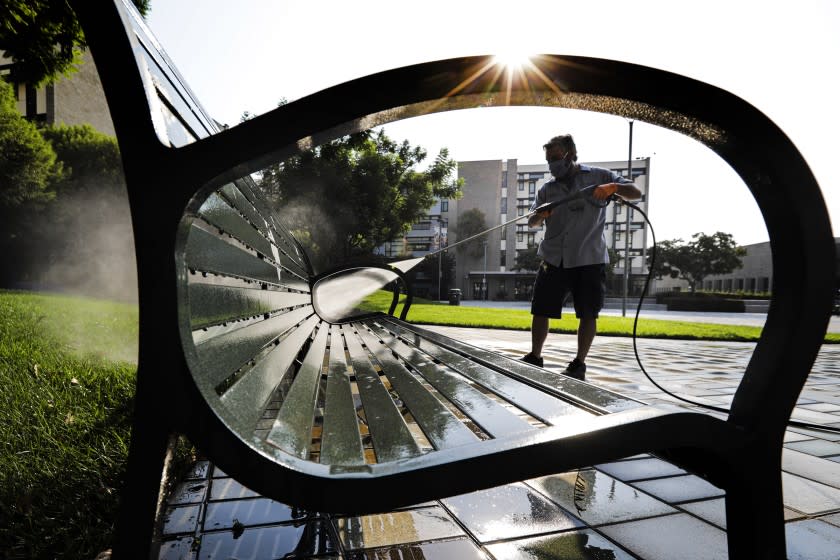