The U.S. health-care law known as Obamacare is a decade old but still at existential risk. Millions of Americans have health insurance through the law enacted under President Barack Obama even after opponents have trimmed its scope. The law remains a target for the Republican Party and President Donald Trump, who calls it “really bad health care” and has thrown his administration’s support behind a legal challenge that could lead the Supreme Court to strike it down in the midst of a pandemic.

1. How much of Obamacare still exists?

Most of it, including tax subsidies to help people afford coverage and, in 37 states (including the District of Columbia), expanded eligibility for Medicaid, the U.S. health insurance program for low-income Americans. Key Obamacare consumer protections that also remain in place allow children to stay on a parent’s policy until age 26, require insurance companies to treat people with pre-existing conditions equally and prohibit the imposition of annual or lifetime coverage limits.

2. How many Americans are covered because of Obamacare?

Roughly 20 million. About two-thirds of them joined Medicaid as a result of the expanded eligibility. The rest found coverage by comparison-shopping among private insurers at government-run online marketplaces, which provide subsidies for people who make up to 400 percent of the federal poverty level. (The expanded version of Medicaid enrolls people earning up to 138 percent of the poverty line.) Even with Obamacare in place, 27.9 million Americans lacked coverage in 2018, about 500,000 more than in 2017, according to the Kaiser Family Foundation. The U.S. is an outlier among developed countries by not having universal health coverage.

3. Which parts have been eliminated?

Obamacare originally required all states to participate in the expanded Medicaid program; the Supreme Court, in a 2012 split ruling that upheld most of the law, struck down the requirement. The law as written also required all Americans to buy health insurance – the so-called individual mandate – at risk of a tax penalty. A tax overhaul passed by Republicans and signed by Trump in 2017 eliminated the penalty for noncompliance, rendering the mandate moot and paving the way for the broader constitutional challenge to the law. The Trump administration has further whittled away at Obamacare with executive actions, including one that cut funding for so-called navigator programs that help sign people up.

4. Wasn’t Obamacare supposed to be dead by now?

It might have seemed so in 2017, when Republicans took control of both chambers of Congress and Trump became president. But after their repeal measure was rejected by one vote in the Senate, party leaders moved on to other issues. With Democrats now in the majority in the House, Obamacare is safe from legislative attacks, though it’s still vulnerable on the legal front.

5. What legal threats does it face?

The current one is a lawsuit brought by Republican-controlled states arguing that when Congress voided the penalty for not having insurance, all of Obamacare was rendered unconstitutional. The Trump administration sided with those states, and a group of Democratic-led states stepped in to defend the law. Late in 2018, a U.S. judge in Texas sided with the challengers in an explosive ruling that Trump celebrated on Twitter. The issue is now before the Supreme Court, which is set to hear the case one week after the Nov. 3 election. After repeatedly changing its stance on what should be thrown out, the administration wrote in a June 25 brief that “the entire ACA thus must fall” because Congress eliminated the tax penalty.

6. What happens if Obamacare is struck down?

It would rescind coverage for millions of Americans as well as undo consumer protections and regulations that have reshaped the business models for insurers, drug companies, hospitals and doctors. Many states that rely on federally funded subsidies for their marketplaces could be left footing the bill, and individuals with pre-existing conditions could see skyrocketing premiums. Lifetime limits on coverage could return, and adult children could be tossed off their parent’s plans. This would all happen amid the coronavirus pandemic, which has prompted 487,000 Americans to sign up for Obamacare after losing health-care coverage from their employer – a 46% increase from the same time period last year.

7. What could replace it?

There’s no viable replacement plan in Congress and little chance the two parties could agree on one. Republicans have been reluctant to define another plan following their abortive attempt to repeal the law in 2017 and their losses in 2018 midterm elections. Trump encouraged fellow Republicans to propose an alternate vision and become “the party of health care” but had to punt that goal to 2021, assuming he wins a second term.

8. What does Trump propose?

He set a high bar while running for president in 2016, promising not only to repeal Obamacare but to replace it with a plan “that will broaden health-care access, make health care more affordable and improve the quality of the care available to all Americans.” He now says he “saved” protections for pre-existing conditions, even though he continues to support legal challenges that would eliminate those protections along with the rest of Obamacare.

9. Is Obamacare viable for the long term in its current state?

Some economists worry about a “death spiral” of rising costs in the absence of a mechanism, like the individual mandate, that forces healthy Americans to get covered, since healthier people buying coverage keeps costs down for sick people. That’s one issue with Obamacare in its current state. Another is the limited coverage options available to Americans in rural and remote parts of the country. And in the mostly Republican-led states where elected leaders have declined to expand Medicaid eligibility, many residents fall in a coverage gap, earning just enough income that they don’t qualify for subsidies.

10. Do Americans want Obamacare to stay or go?

U.S. public opinion of the law was mostly negative from its passage in March 2010 until Trump became president and moved to repeal it, according to tracking surveys by the Kaiser Family Foundation. The threat of elimination put a spotlight on popular provisions of the law, notably its prohibition on insurers charging sick people more for coverage and its list of “essential health benefits,” like hospitalization and maternity care, that must be covered. (Republicans pushed legislation in 2017 that would let states waive those rules and devise alternate systems.) Kaiser’s tracking survey found in January that 53 percent of Americans viewed the law favorably, while 37 percent viewed it unfavorably.

Mon Oct 12 , 2020
Founded in 1999, Allegro has more than 20 million monthly users and touts nearly 120,000 merchants. Wojtek Radwanski/Agence France-Presse/Getty Images Shares in Poland’s most popular e-commerce company and one of Amazon’s AMZN, +4.75% chief rivals in Central Europe surged more than 50% in the stock’s first day of trading in […] 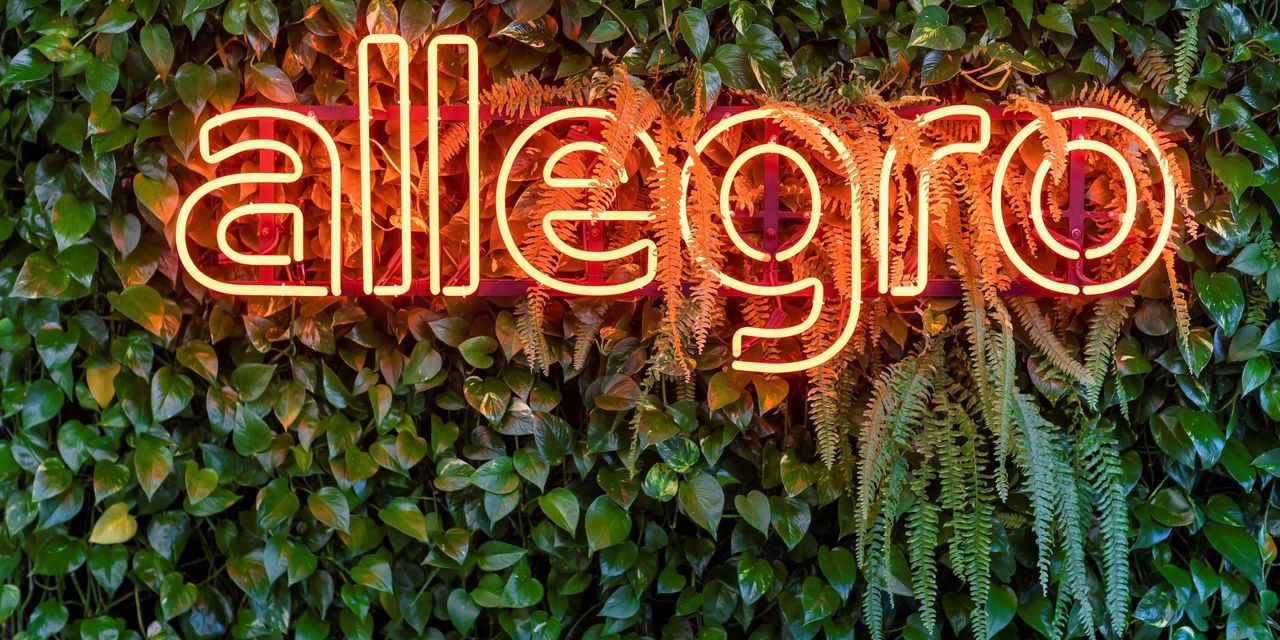