I just can’t believe how Greg Clarke can drop all those clangers in one conversation. Especially from someone who has all the tools and all the resources to educate himself.

One of my friends put it brilliantly, she said it’s like a “Ctrl-Alt-Delete moment”. It really is a time when we think, “wow, we need to reboot”. We’ve all known it’s white, male, pale, stale. We all know that those are the people who are in power. We all know that the FA Council is predominantly white middle-aged, middle class. It’s outdated, we’ve all known that, but Clarke’s comments just confirmed it to such an alarming degree.

I think it kind of reflects on the shodiness of moving forward, and the lack of desire to actually make change. It doesn’t reflect on everyone within the FA, which has made bigger strides than previously. But it just shines a light on something we knew already, which is just that people at the top are out of touch. They’re not your regular person.

It’s about making processes transparent, because nothing is transparent. Everything is matey-matey. My industry is, the FA is, and multiple industries are. The new chair has to be someone who is a relatable and unifying figure.

It’s unfortunate that a long-term leader in English football made a big mistake, but it’s also a great opportunity for the FA to recognise its blind spot and genuinely try to make a change in its own image and instil confidence again. The recruitment of the new chair will be a genuine signal that it has the willingness to change. I think this is a great opportunity.

The recent work that the FA has done, whether it’s grass-roots football, women’s football, many other initiatives, unfortunately sometimes gets unnoticed when things like this happen. I personally see it as a good opportunity for change.

I don’t think it’s really age or gender or the background of the person, more the right mindset that needs to come in to build a collective organisation. It’s not just about writing the policies and ticking the boxes, but bringing in someone who has internalised the values that football stands for, and that he or she has made it a part of their personal values.

Obviously, in the past, many of the big organisations and governing bodies have worked with executive search firms, but then they come to us when they need to extend the talent pool and find more diverse talent. So whether it’s Women in Football or Kick It Out, it’s really important this time that we are involved earlier on in the process and even in the planning stage with the FA.

I don’t think Greg Clarke was the right man for the job because he doesn’t understand diversity and inclusion in a key role which should be front and centre in the fight against discrimination.

However, are we just taking these three instances of what he said to the committee? I’m not judging him on whether he’s racist, homophobic or sexist, because most of us in the world are all racially-biased, homophobic, or sexist to a certain degree.

If we’re just looking at those three completely separate statements; of course he used the wrong language and he didn’t understand the fact that being gay is not a life choice but something that you are born with. Clarke was also wrong to use the term “coloured”, but he was actually lobbying for women and black footballers to be protected from abuse on social media.

If we talk about language, we should consider the NAACP in America – the National Association for the Advancement of Colored People, formed early in the last century. In 2020, it is still the NAACP – why do they not get criticised for saying coloured people?

Clarke is well-meaning, but he is archaic and of a particular age, using language he doesn’t understand.

Intent is the most important thing here going forward. We have to be very careful or we will simply weed out the ones who got caught and then believe everything is okay and wrongly think we have the right people in charge. Those people may understand the language necessary not to get caught, but then what are their actual intentions? The biggest problem we have is that in the higher echelons of every industry are boardrooms packed with over-50, white, middle-class men like Greg Clarke.

Sat Nov 14 , 2020
Photo: Stock Photos from fizkes/ShutterstockThis post may contain affiliate links. If you make a purchase, My Modern Met may earn an affiliate commission. Please read our disclosure for more info. The way we learn has changed. Over the course of the last year, circumstances have driven more and more people […] 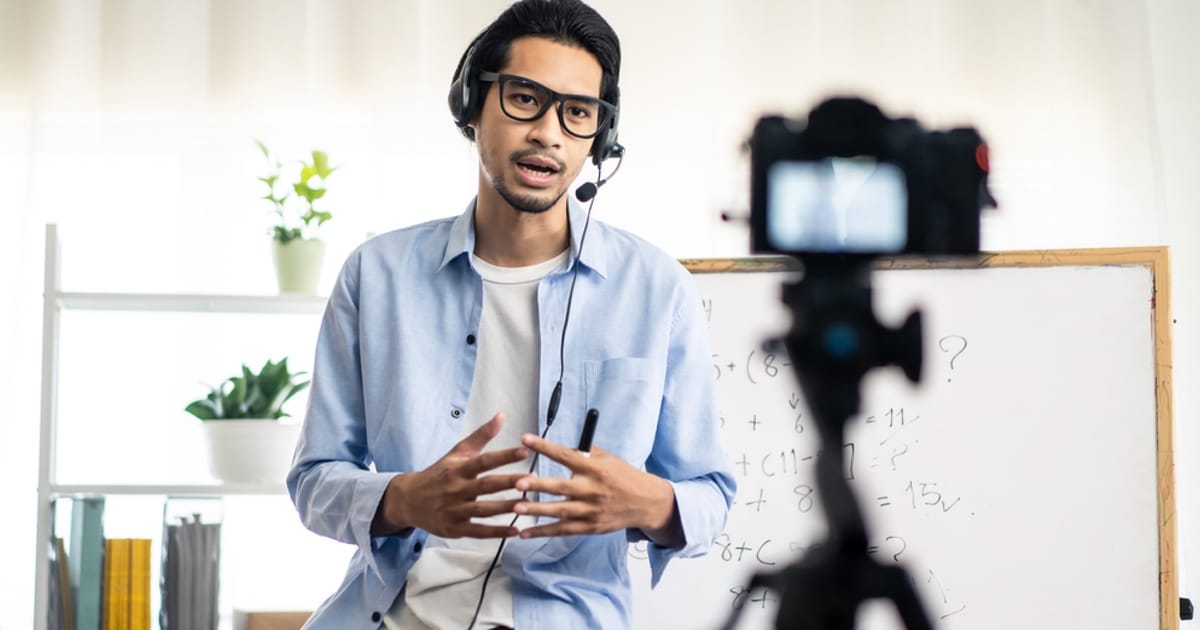