The first thing I ever collected as a kid was fishing stuff. It began with different lures, the imitation fish that you use as bait. At the time it was just part of growing up in West Bay in Dorset. If I saw the sea bubbling – which indicated there were shoals of fish around – I’d grab my rod, head for the pier or the beach, and catch mackerel that my grandmother would grill or pan-fry or pickle.

I wish I still had time to be so spontaneous now I’ve moved back home. I still love fishing, but with my fish van, my old restaurant in Lyme that I’ve bought back from the administrator, and now the Fox Inn in Corscombe, even if the latter two are in lockdown, my plate is full.

That youthful instinct to collect, though, is still part of who I am – personally and professionally. I don’t know where one starts and the other ends. So, if I’m bored for five minutes, especially early in the morning or late at night, I’ll be on eBay looking at what’s around.

The things that catch my eye are usually a combination of functional, beautiful and potentially valuable. I am drawn especially to art deco but mixed in with mid-century. That might be painted pie-birds that hold up pastry toppings, or a beautifully designed cocktail shaker for my kitchen at home. Some passions don’t change. I’ve lost count of how many vintage fishing rods and reels I have. If pressed, I’d probably call myself a collector and describe it as a hobby. Some of those around me have occasionally referred to it as hoarding and a form of addiction! I have even been told very recently that I need to go to collect-a-mania therapy. Better, I suppose, than being informed I need kleptomania therapy.

There are, I argue, sound economic reasons for my collecting /hoarding. Yes, some of the things I’ve collected over the years – like old Ping putters that remind me of the days before I went to catering college when I could have gone on to be a golf pro – may simply be nice looking, and sit in a corner somewhere. Others, though, have become an integral part of my businesses.

My vintage tat, all carefully placed with an eye to aesthetics in my restaurants and now my pub, is why people want to come to them. They eat my food surrounded by the sort of objects that I like having at home. The boundary between the two is blurred and that’s part of the experience.

I remember once finding, either in a fancy antiques place, an auction or a charity shop (I frequent them all when they are open), a beautiful set of art deco salt and pepper pots. I got copies made of them for the restaurants I had back then in London, and we branded them Hix Originals. Diners asked where they came from, so we started selling them.

That particular appetite goes back in a way to when I was about 13 and my dad took me to a local pub in Bridport. The mutton-and-turnip pie was delicious, but what I remember more than the cooking was the cutlery. It was proper, heavy and silver. It made the place feel special.

That feeling stayed with me ever after. When I opened the Hix Oyster & Chop House in London, right in the middle of the credit crunch, I insisted we had good silver cutlery. It thrived. So now I am doing it again at The Fox Inn in the middle of Covid lockdown.

Some beautiful objects are oneoffs. You can’t make copies. Once I found this lovely miniature silver ice bucket in a street market in Morocco. That’s on a shelf behind the bar in the pub at the moment with a price tag attached, alongside a silver flask that is more the shape and size of a backpack. I’ve never used either.

If my businesses used to be, in some ways, an excuse for my collecting, starting all over again on a smaller scale, I really don’t need to be buying anything – and could do with recouping my investment in some of objects I will most likely never use.

So we’ve created a small shop at the pub for when it reopens – Mark’s Emporium. Well, more accurately, a retail shelf, selling some of the things I’ve collected over the years – oyster trays, cocktail shakers and glug glug jugs. I’ve even started boxing up other stuff to sell on a stall at the farmers’ market we’re aiming to launch in the pub car park.

And, reluctantly, I may even sell off some of the art I’ve collected over the years. The Fox may provide the ideal place for the mounted stag heads that I bought on a whim years ago, never quite knowing what I was going to do with them, but it has very little wall space for art.

I used to be very relaxed about showing my art collection on the walls of my London restaurants. Then, one evening, we had a party who booked one of our private dining rooms and walked out at the end with a small but valuable original that hung in there.

It took us a few days before we noticed it had gone and we never got it back. I’m not going to say who painted it as it will p—s off the artist, who is a friend. That was London, though, and the world I have left behind. I’ve got more faith in people from Dorset. I’ll let you know how that goes.

As told to Peter Stanford

Read Mark Hix’s column every Thursday at 11am. Catch up on his last two columns here:

Read more: Mark Hix: ‘Our customers will be back… but it’s a question of whether can we survive that long’

Read more:  Mark Hix on losing his restaurant empire: ‘In hindsight, it was a blessing in disguise’

Thu Jan 14 , 2021
Buy now, pay later apps from PayPal Holdings (PYPL), Affirm Holdings (AFRM), Sweden’s Klarna and others are shaking up e-commerce by providing consumers with short-term loans — in some cases interest-free — to make online purchases. Analysts expect a boost for PayPal stock and others if this new offering, known […] 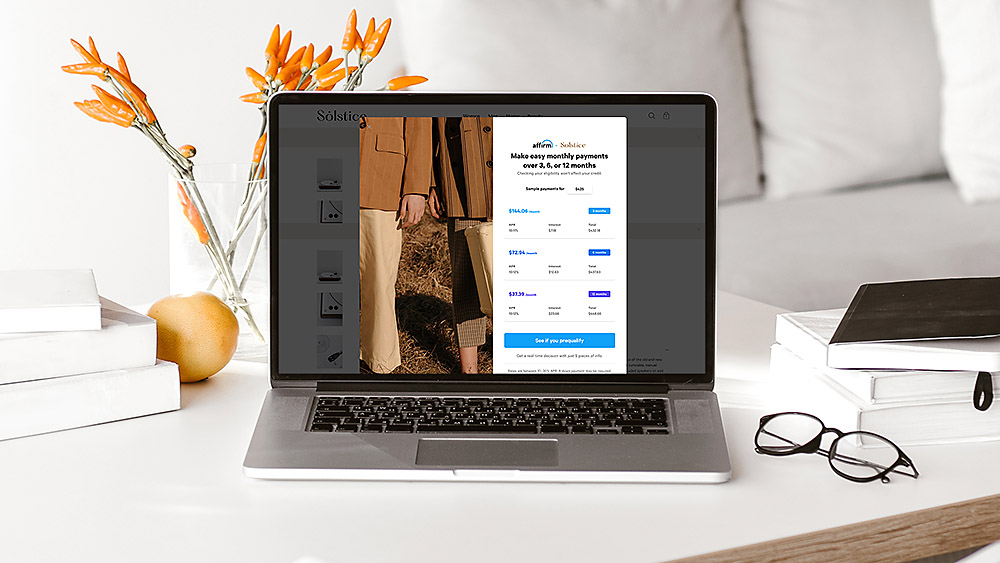