About one in three small businesses have closed their doors in Connecticut since the beginning of the coronavirus pandemic, a setback for a state that never fully recovered from the last recession.

That number puts Connecticut behind New York, New Jersey and the nation as a whole, where about one in four small businesses have closed, according to Opportunity Insights, a research and policy institute based at Harvard University that is tracking the economic damage caused by the pandemic.

The arrival of the Covid-19 vaccine has brought hope that the worst of the pandemic will end in 2021. But before that happens, hundreds of Connecticut small-business owners will struggle to make it through the winter and spring.

Using funds from the federal Cares Act, Connecticut started a $50 million small-business grant program—enough to award $5,000 to 10,000 businesses by the end of the year. But nearly 20,000 businesses applied, and the program is no longer accepting applications, said David Lehman, commissioner of the Connecticut Department of Economic and Community Development.

Mr. Lehman said the state was considering making more financial assistance available next year. But what that could look like depends on whether Washington will be able to chip in and how the broader economy performs, he said.

More federal help could be coming, but the timing and scope of assistance remains uncertain as Congress continues to negotiate a new Covid-19 relief package.

“We are contemplating if there are additional ways by year-end and beyond that we can help with additional funding as the uncertainty around Washington continues,” Mr. Lehman said.

How are small businesses in your area doing? Join the conversation below.

Connecticut lost 120,300 jobs during the 2007-2009 recession and regained less than 90% of those positions during the economic expansion of the past decade before the current crisis began, according to the state Labor Department. The state’s current count of about 1.6 million jobs is the lowest it has been since 1996.

Restaurants are among the small businesses hit hardest by the pandemic. The warm summer months offered the chance to make up lost revenue by offering outdoor dining, but that isn’t a realistic option anymore as temperatures drop, said Scott Dolch, executive director of the Connecticut Restaurant Association. More than 600 Connecticut restaurants since the pandemic already have closed their doors permanently or temporarily.

Connecticut regulations allow indoor dining up to 50% capacity, but most restaurants are having trouble even approaching that limit with customers fearful of catching Covid-19, he said.

Patty Dauten used to employ about nine people at her restaurant in Litchfield, Conn., where she has been serving omelets and burgers for more than two decades. She was forced to let her staff go, and now she is doing all the cooking and serving.

Ms. Dauten has home equity and savings she can dip into to stay afloat, but she hopes the government will be able to help her business survive the next few months.

“I don’t know how long I will hold on. I honestly don’t know. As long as I can,” Ms. Dauten said. “But if it starts costing me more than I’m bringing in, I’m going to have to close.”

More small-business closures are on the way without help from the state or federal government, said Andrew Markowski, the state director in Connecticut for the National Federation of Independent Business. “They need something to get them through to that new normal, whatever or whenever that may be,” Mr. Markowski said.

He said Connecticut’s business restrictions put in place to curb the spread of the coronavirus had been painful for small businesses, particularly in the hospitality industry. But he noted that consumer behavior was also changing, with people cutting back on spending and patronizing small businesses.

Mr. Dolch said hundreds more restaurants could go out of business next year. “This is the darkest time that we’ve been faced with right now,” he said.

Mr. Meiser said he wants to avoid temporarily shutting down any of his restaurants to avoid laying off more staff.

“If I was just looking at this equation from a strict business standpoint, we would have closed already,” Mr. Meiser said. “But this isn’t just a business decision—this is a decision that has my entire team in the balance, and their families and their ability to put food on the table.”

The office towers in downtown Hartford, the state’s capital, remain largely empty, and the theaters in the city that attracted out-of-town visitors remain closed. The situation forced Max Restaurant Group to temporarily close Trumbull Kitchen, one of its eight restaurants in the state, said Steve Abrams, a partner of the business. Another downtown Hartford restaurant owned by Max Restaurant Group, Max Downtown, remains open, but business is slow, he said.

Mr. Abrams said he and his partners would do their best to keep their restaurants going, but “it would be very difficult to survive without any financial assistance,” he said.

More on the Covid-19 Vaccines

Mon Dec 21 , 2020
While the Eagles came up short to the Arizona Cardinals, 33-26, on Sunday, rookie quarterback Jalen Hurts provided enough flashes of brilliance to inspire the team’s QB controversy to continue for the remainder of the season and beyond. Sign up for Eagles Extra: Get exclusive news, behind-the-scenes observations and the […] 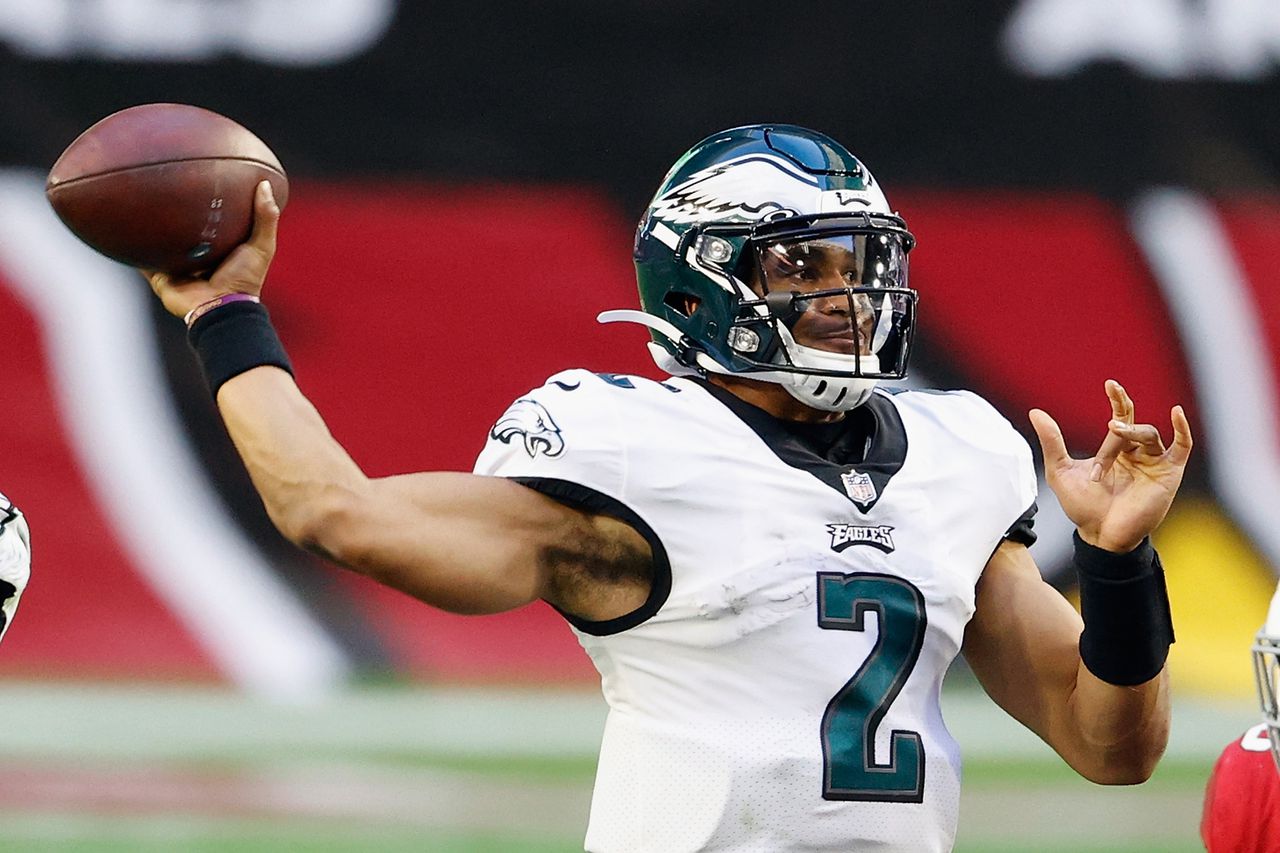