They instead wore nondescript jerseys and kicked off under the new team names “Eastsiders” and “Westsiders” — representing their ends of town as part of the newly formed Connecticut Independent High School Football League, which was privately launched this month after the state’s high school athletic association canceled the fall season because of the novel coronavirus pandemic.

“We kind of just said, ‘We’re going to find a way to make it happen,’” said Kevin Frederick, who coaches at Maloney and now one of Meriden’s independent teams in the league.

The Connecticut Interscholastic Athletic Conference’s decision was made in the wake of recommendations from Gov. Ned Lamont (D) and the state’s Department of Public Health to postpone football — which health experts say is among the most dangerous sports to participate in during a pandemic — until the spring.

Yet Lamont has left the ultimate decision to play football this fall up to local governments and school districts, and despite those recommendations and rising coronavirus cases across the state this month, at least two newly formed independent football leagues have forged on, with teams operating separately from their schools but in many cases using the majority of the same players and coaches.

While Connecticut is among 15 states and the District of Columbia that have upheld postponing football until the spring season, it is believed to be the only state that has had independent leagues form as a result.

The center of Connecticut’s movement has been in Meriden, a middle-class town of roughly 60,000, where in September the city government opted to allow football to be played under certain safety protocols, with the town’s school board later ruling that the independent teams could use school facilities and equipment.

“The parents were in an uproar, the community was in an uproar, saying, ‘We need these kids to play,’ ” said Rob Kosienski, the president of Meriden’s Board of Education. “We’re giving these kids the opportunity they deserve.”

The opportunity to play has been boosted by the formation of the Connecticut Independent High School Football League, which was co-founded by Daniel Lacasky, the owner of a semiprofessional team in the state, according to a GoFundMe page raising funds for the league. Lacasky did not respond to a request for comment this week; at least one other independent league reportedly has formed in Fairfield County, and online fundraisers have been launched to support teams that consist of players from different schools.

The Connecticut Independent High School Football League already consists of 17 teams from towns across the state, including from Woodbridge, New Britain and Berlin, among others, according to Frederick, who has formed Meriden’s “Eastsiders” team largely with his school’s players. While the school board’s decision to allow his team to use facilities and equipment offset costs of playing, the teams in Meriden have relied heavily on donations, raising thousands of dollars to cover insurance, referees, medical personnel and announcers for each game.

Nearly a dozen players opted not to play for Frederick’s team because of the pandemic, but most of his players have had parents sign off on the season and pay a $20 fee for a six-game schedule.

“The bottom line is, I understand there is a virus, but we can’t live in this bubble,” said Amy Fitzgerald, the president of Maloney High’s football booster club and the mother of a junior player on the Eastsiders team. “It wasn’t an easy decision [to play], but I feel that it was the right decision for us.”

Lamont said in October that he would not intervene with independent high school football leagues. During a coronavirus briefing this week, Lamont told reporters that he would not step in because “we’ve always thought of education and local sports as more of a local priority” but warned that independent football activity could risk a spread of the virus within schools. Most Connecticut school districts have used a hybrid model of in-person and online learning this fall.

“We’ve seen a lot of infections in and around sports,” Lamont said. “And if that happens on the team, then it gets into the school, and you can’t have school for a while. So there is risk involved.”

Connecticut has endured spiking coronavirus case numbers in October; hospitalizations and deaths have increased in recent days as the infection rate among those tested in the state climbed to 3 percent, the highest since June. Connecticut still was the 14th-lowest state in the number of new daily reported cases Thursday.

Frederick said his team is closely following the city’s guidelines, which requires that the entire team quarantine should there be a positive test of any member. The same week that the city’s youth football program was suspended in September, Frederick’s team also had a positive case. The player and those he had contact with were forced to quarantine, Frederick said, and no other person tested positive.

That gave the longtime coach a “ray of hope,” he said, that his team could make it through the season. During last week’s crosstown game, 150 fans were allowed into the stadium, each required to sit at a distance and wear a mask. It was a far cry from the school-sanctioned rivalry game, called the Stoddard Bowl, the town had experienced on Thanksgiving for years. But Frederick came prepared, bringing the rivalry trophy. After the game, both teams posed for a photo — triumphantly and defiantly — with the trophy.

“I was just happy to be out there and play,” said Josh Pelletier, a senior offensive lineman for the Eastsiders. “We knew who we were going against and what we had to do.”

Fri Oct 23 , 2020
Photographer: Anthony Devlin/Bloomberg Photographer: Anthony Devlin/Bloomberg Criminal gangs may have received as much 2 billion pounds ($2.6 billion) from the U.K.’s rush to deliver wage support during the pandemic. While Chancellor of the Exchequer Rishi Sunak’s furlough programs have sustained millions of workers through the crisis, the rush to build […] 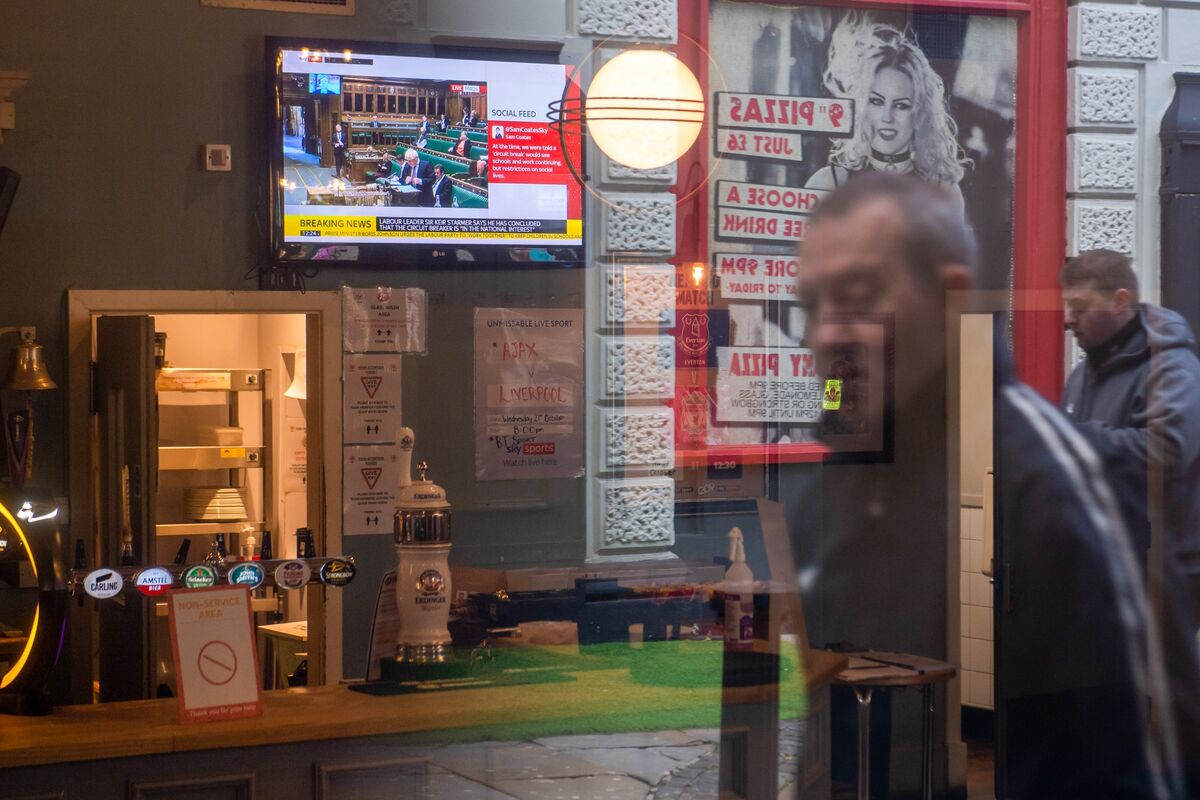