Back in 2018, it was possible to break a single via an Instagram meme. It happened with Rich the Kid’s “New Freezer:” Omid Noori, co-founder of the digital marketing and management company ATG, stumbled on a meme featuring several kids whipsawing their heads to the track; he then paid a popular hip-hop channel on Instagram to re-post it. The meme morphed into the “New Freezer challenge,” and the song, which wasn’t even gold at the time, eventually earned a double-platinum certification.

But as the music industry became increasingly interested in using memes to raise awareness for songs, naturally their impact diminished. “Memes were a novelty, but then it became, if you have enough money, ‘what’s the song — I’ll find a clip that kind of matches it and run it,’” Noori explains. “Now people don’t discover music as much that way, because it’s such a common thing when songs get dubbed over memes.”

This illustrates one of the central challenges of digital marketing and promotion in music. As soon the music industry recognizes that one technique on one social media platform is particularly effective for bringing attention to a track, record companies try to turn it into a standard marketing strategy, which backfires by making the tactic less potent. Memes and dance challenges initially became popular because they seemed fun and spontaneous; when they are rote and forced, advertisements rather than ways to engage with others online, their energy quickly starts to dissipate.

Several marketers say they’ve noticed significant drops in influencer engagement across multiple social media platforms lately, which they believe is a cost of trying to force-feed songs without regard for listeners’ preferences. “I’ve seen some YouTube influencers’ engagement fall 30 or 40 percent because they’re just saying yes to [every paid opportunity to place a song in their channel],” says Dillon Druz, who manages the rapper Bankrol Hayden and runs marketing campaigns for multiple labels.

“Every day there are hundreds of songs that don’t make sense for TikTok” — the app tends to reward songs that elicit simple, replicable movements — “and people are like, ‘well this other one went viral on there, so let’s put $20,000 behind it,’” Druz continues. “It all comes back to not having a proper influencer marketing strategy and spending money in the wrong places.”

“I see a lot of influencers only posting promos” — paid posts — “and their engagement is lowering,” adds Leilani, who has been on TikTok since it was Musical.ly and has more than seven million followers and half a billion likes on the app. As a result, “I try to keep the promos low.”

Digital marketing is a key component of the modern music industry. In the old days, an artist could reach potential fans in just a few ways: radio, print, television, physical advertising like billboards and flyers, and live shows. Those are still around, but their relevance is declining; now, attention has splintered into a myriad of digital pockets. An artist can perk ears through subcultures on TikTok, gaming channels on YouTube, and filters on Snapchat, not to mention Instagram, Fortnite, Facebook, Triller, Twitter, Dubsmash, directly through Spotify, and elsewhere.

“You can climb in a hole where you keep posting bad content and you can’t really get out of it.”

Popular users emerge on each of these platforms and gain followers, often by providing a unique personal perspective — a special brand of humor or a knack for finding hits early. Artists and labels then pay these influencers to disseminate music to their followers. (The pandemic caused labels to shift even more money to their digital efforts.) On average, marketers say Instagram influencers are more expensive than TikTok influencers, but top TikTok creators can still charge $25,000 or more for a post. Once labels and artists start paying for content, though, this can sometimes weaken the personal connection between an influencer and his or her followers by transforming a quirky individual into a walking billboard.

That’s not to say this approach to marketing doesn’t work — it’s easy to find the success stories, from labels fanning the flames of a challenge that materialized on TikTok to artists coordinating flashy activations on Fortnite. While it’s much harder to find stories about all the songs that don’t connect despite having plenty of marketing money behind them, in truth, the tracks that flop outnumber the ones that connect by a wide margin. Marketers are engaged in a complicated dance, trying to deliver effective ads and promotions while at the same time convincing their audience that they are not being spammed.

Marketers say that dedicated followers are often savvy enough to discern between posts that an influencer makes because they love a song and posts that are just about padding the bottom line. “It’s very obvious when people’s pages just become a paid platform, whereas before it was actually uploading clips in tune with them,” Druz says. “Their followers know it’s not authentic, and that’s why engagement is dropping.”

It’s possible that influencers are less susceptible to plummeting engagement on TikTok because of the sheer volume of posts common on the app — creators will often put up five or six clips a day on TikTok, far more than they would post on Instagram or YouTube. When an influencer is spewing out so many clips, each one has less weight.

“We have to post normally before we take on any more [paid] campaigns.”

Still, Leilani knows that her followers will not respond to some types of paid content. “Something they don’t like is if I do songs with dances that aren’t already popular,” she says. “They would always get the lowest engagement” in terms of views and likes, so she steers clear.

Since influencers post less frequently on Instagram and YouTube, the repercussions for a series of misfires on those platforms can be more serious. “You can climb in a hole where you keep posting bad content and you can’t really get out of it,” Druz says. “People care what goes on their Instagram and YouTube — they are more professional platforms” relative to TikTok, which prizes goofy spontaneity.

ATG’s Noori works with a network of influencers to help labels market songs, and he says that they sometimes decline to do promotions due to fears about alienating their audience. “A lot of influencers at one point in the last two months were like, ‘we can’t do as many [paid] campaigns this week, we need to get our engagement back,’” he notes. “People would say, ‘we have to post normally before we take on any more [paid] campaigns.’”

That’s part of the reason why Druz is changing the way he promotes music. Now “I’m very cautious,” he says. “I’m going to creators and saying, ‘is this a good fit for your channel?’ I have to make sure everyone actually believes in the song.”

See where your favorite artists and songs rank on the Rolling Stone Charts.

Wed Sep 2 , 2020
REUTERS The Chancellor’s flagship initiative to get young people into work launched on Wednesday, amid worries companies would struggle to take on new staff due to the Covid crisis. Rishi Sunak’s Kickstart Scheme aims to create thousands of jobs. Under the plan, employers can offer people aged 16-24 who are […] 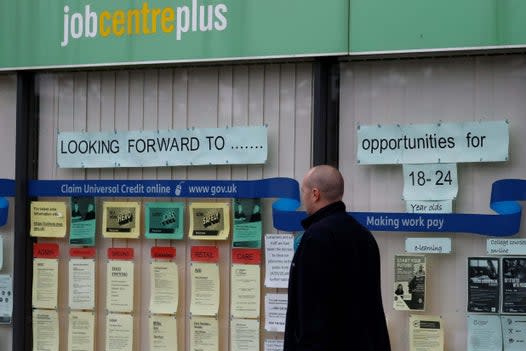