Among his requests: A close look at the agency’s decisions to award years of contracts for modernizing and maintaining the system to Deloitte Consulting LLC.

The Sacramento Bee reported Thursday that EDD has repeatedly used Deloitte to help build and maintain its IT systems for years, despite warnings from state watchdogs that the systems were often delayed and over budget.

Patterson, a Fresno Republican, listed his frustrations In a lengthy, detailed request that described his experiences with infuriated constituents upset with EDD.

“Every single day people are messaging me, saying, Jim, nobody’s returning my call. Or they denied my application for unknown reasons. It breaks your heart,” he told The Sacramento Bee, echoing what other lawmakers have found and readers have reported.

Patterson wants the Legislature’s Joint Legislative Audit Committee to initiate an audit of the embattled agency. Patterson is a member of the 14-member committee, which plans to meet August 5 to consider whether to proceed.

One of the issues he wants examined is EDD’s relationship with Deloitte.

The state recently gave the firm $16 million in contracts to expand a call center by 500 people and to help process federal CARES Act money, according to spending agreements the department provided to The Sacramento Bee under the Public Records Act. Since 2010, the total value of the company’s contracts with EDD have totaled $161 million.

Jonathan Gandal, a Deloitte spokesman, said EDD had made adjustments as projects progressed.

“We are deeply committed to our work with the Employment Development Department and the delivery of benefits to unemployed Californians, especially during this economic crisis,” Gandal said in an email.

“What is the status of the delayed $30 million technology upgrade? What improvements could be expedited to immediately improve EDD’s pandemic response?” Patterson asked in his request.

“Was the decision to award $16 million in no-bid contracts to Deloitte to improve EDD’s online and phone system adequately justified? Were any other contractors considered?” he wanted to know.

EDD spokeswoman Loree Levy said the agency is trying hard to be quick and efficient.

“We realize the process is far from perfect in light of the sudden and historic claim load, but our team is committed to continuing our efforts to upgrade the unemployment insurance platform to better serve the people of California,” she said.

“That huge spike in claims processed and benefits paid in just a matter of months is in large part due to the enhanced IT systems that we have in place today compared to the recession,” she said. “We did not have unemployment insurance online available then, and it has proven to be a major workhorse for us in this recession. We were able to adjust usual eligibility requirements, which enabled us to automatically process large volumes of claims through our system.

Since the coronavirus pandemic began, Patterson’s office has heard from about 800 constituents who want help with EDD. It still has about 250 cases pending.

As the cases mounted, “we started to see a common thread. EDD was woefully unprepared,” Patterson said.

“It’s difficult to say this as someone who generally believes in govt’s ability to help, but @CA_EDD is failing CA,” tweeted Assemblyman David Chiu, D-San Francisco, this week.

He has not sought an audit, but spokeswoman Jennifer Kwart said it was “not a bad idea as we consider long-term reform.”

No request has been made, she said, “simply for the reason that audits take many months to complete. At this point, we have constituents who haven’t had income since March, and they don’t have the luxury of time.”

State officials have struggled to ease the frustration.

At a news conference April 10, Gov. Gavin Newsom said, “We have hundreds more staff that are also now being reprioritized…and that is to expand the hours of our call center.”

EDD is hiring. Out of the 4,800 additional positions being filled over the next several weeks, some 1,300 have already been hired to bolster unemployment programs services.

Levy said the first several hundred people dedicated to the call center operation are finishing their training now to start taking calls over the next couple of weeks. The agency also has another 1,500 job offers it is finalizing and 600 more people with conditional job offers awaiting eligibility checks.

Patterson listed his frustrations in his committee request:

▪ Call centers. “During the economic shutdown, we continue to receive hundreds of complaints from constituents who call between 75 and 100 times a day, or more, and never connect with an EDD representative,” Patterson said.

▪ Callbacks. Constituents are given the option of getting a call back, but Patterson found it “failed to work prior to or during the economic shutdown. Our office has received several reports from constituents who have selected the callback option, only to be disappointed waiting for a call that never comes.”

▪ Mistakes. “The EDD continues to make several errors while processing unemployment claims, leaving constituents with little to no means of fixing the problem,” the assemblyman said.

EDD’s Levy said the agency is “enhancing our communication methods with customers and redirecting staff to our heavy workload queues so that we can minimize the calls coming into our call center operation.”

That includes new emails and texts sent out to claimants to keep them current with their status.

“We also continue to enhance our new chatbot feature for answering common questions from claimants, and revised our Frequently Asked Questions page to feature the top FAQs each week that address the top concerns we are hearing from our customers,” Levy said.

She added that EDD is continually enhancing its technology systems “to increase efficiencies and are increasing our education efforts to help customers avoid the common mistakes we see they are making which is increasing manual workloads and unnecessarily delaying their benefits.”

Patterson wants to know what percentage of claims have been delayed more than 21 and 40 days, and whether EDD took appropriate steps to address those delays.

Among his other questions:

▪ Have EDD’s actions resulted in a measurable improvement in response times since the onset of the pandemic?

▪ What percentage of unique callers have been able to connect with a live person, and how long were callers in queue?

▪ How many callers have experienced hang-ups?

▪ Since the onset of the pandemic, has the EDD’s response been hampered by obsolete technology, including but not limited to their website and phone systems?

▪ How have these IT issues prevented EDD employees from assisting customers?

As Big Deals Make the Rounds at the Cannes Market, a Pandemic Era of Dealmaking Takes Shape

Sat Jun 27 , 2020
Click here to read the full article. When this year’s Cannes market migrated online, some worried that it might have a negative impact on the business. As it turns out, it’s a lot easier to close international pre-sales when jumping from meeting to meeting means logging into various Zoom rooms, […] 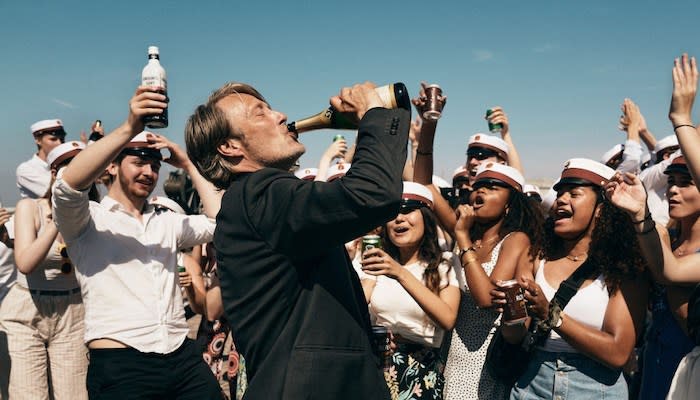