I stood in my dining room surrounded by toys and the remnants of dinner from the night before sticking to the bottom of my feet. In the kitchen, a bag of trash was tipped over, its innards strewn across the floor. In the living room, a week’s worth of laundry had been waiting two weeks to be folded.

It was 9:45 a.m., and already I was exhausted. I’d come home at midnight the night before, only to have to wake up at 5 a.m. with my toddler son and then take him and his sister to school, before cleaning for the cleaning lady. I had four hours of childcare and two stories to write. My husband was at work; I was here with the mess.

I was 33, a mother of two, and bone-tired. I didn’t want the laundry and chores to be the rest of my life. I didn’t want to always be drowning in work and childcare and housecleaning and dinner, bearing the brunt of the labor. I’d spent the past two years begging for help with the kids and housework, only to be told that I could just quit my job if it was all too much. “It’s not too much,” I’d said over and over. “It’s just not all my job.”

Standing in the dining room, overwhelmed with the weight of my life, I broke.

The next day, in couples therapy, I asked for a divorce.

Ten months before, I’d signed my first book contract. I signed the contract on my 33rd birthday, and it was a dream come true. I had spent 11 years writing three failed novels. One failed memoir. I’d attended an MFA program and then wrote a book proposal that hadn’t sold.

So we had children and I spent five years as a stay-at-home mother, writing in the crevices of my life—the late nights and early mornings. I had tried to find a job, but in Cedar Rapids, Iowa, jobs for writers were hard to find and plus, I’d done them all—proofreader, editor of a tae kwon do magazine, proposal writer, freelance columnist, marketing copywriter, college composition instructor, continuing education instructor teaching Word and Excel to people laid off during the recession.

We’d moved to Cedar Rapids for my husband’s dream job in 2005, and the plan was always that, eventually, we’d move for me. But each year passed and we never did. Once we had kids, even though his job was flexible and his boss was accommodating, I realized it would never be my turn. So I began freelancing like a maniac: sending late-night pitches to editors, conducting interviews while my whining toddler chased me around the park, leaving a trail of fruit snacks in his wake. I’d transcribe interviews and hear the echoes of Curious George in the background of the recordings.

Later I got some bylines and then, after years of work, in 2016, everything changed. An article I wrote got the attention of a university press; they wanted a book. Months later an editor at a different publishing house had been impressed by my writing and suggested a book based on a series I had written for the website Jezebel about motherhood and mythology.

In seven months I had two book deals.

It would be a lot more work; I knew that. But we could make it work. He had achieved his dream. Now I would achieve mine. What I needed was just a little help. Getting it was harder than I’d expected.

Ours was not a new story. It’s the story of every heterosexual couple in America. Statistically, women do more childcare and more housework, and it’s only getting worse in a pandemic, when all the safety nets we used to fill in the gaps are gone. No more house cleaners or nannies. No more daycare or even normal school. No more aging parents helping us. Nothing but us and the yawning gap in equality between us.

In the end I started writing the first book in stolen moments. Cobbling together money for babysitters meant wringing out paltry freelance checks. Orchestrating research trips felt like creating a Rube Goldberg machine—prepare freezer meals in advance, line up extra sitters, friends, maybe a grandma could come from out of town? My good friend Mel handled the dance recital’s dress rehearsal, complete with hair and makeup, and sent me a video of the practice. Somehow there was still never clean laundry. So I did what working women have done forever: I outsourced more. I hired a house cleaner, although my husband protested.

I didn’t get to write the bulk of that book until I landed a residency that would give me the break I needed. While I was gone, my son had walking pneumonia and fell and cut his lip at the Children’s Museum. My family told me I was being selfish. I needed to be with my children. “They have a father!” I shouted, “What about him?” I wrote 70,000 words in 30 days, because I knew if I didn’t write it then, I’d never be able to do it. The very next month, I stood in that toy-strewn dining room, cracking under the pressure. Then I moved out.

After the divorce, I had a second book to write. The first I had written while managing a disproportionate share of my family’s domestic responsibilities. But the second I wrote on my own terms. I didn’t have to bargain for child-free hours because we had 50-50 custody. I also didn’t have to convince someone else to let me outsource household cleaning. In the end I didn’t need to hire anyone at all, because my house was cleaner. In renegotiating my life, I had negotiated a better deal for myself, and it was court-ordered. I no longer begged to shift even some of the burden of childcare or housekeeping onto my husband. Our custody agreement mandated that he and I bear an equal share.

It was, of course, still hard. I still wrote the book while juggling full-time work and bills and the imminent release of another book, but this time there were no freezer meals, no house cleaner, no dinner expectations, and less laundry.

I began to joke that it had taken a divorce to make my marriage equal. But like all good jokes, it’s only funny because it’s true.

In America, in heterosexual relationships, women do three times as much work as their male counterparts. It’s true that modern men are doing more than they once did, but their efforts do not come close to evening the scales. When they do chip in, they expect not just credit, but lavish praise. And though they have increased their share of household chores, they report doing more than they actually do.

In the pandemic, this split is shattering American mothers. Among heterosexual couples where both partners work, women are now doing 70% more childcare. With mothers and fathers at home—both of them ostensibly working, if they’re employed, watching children, and supervising online school—women are doing on average 15 hours more work than men.

What would it take to make a marriage finally equal? (Divorce isn’t an option for everyone! Like, for example, people who want to stay married.) I was never going to find equality through marriage therapy—which, naturally, I had to set up and send reminders for appointments for—or through constant negotiating over chores. It was never going to be achieved by nannies (which we couldn’t afford) or house cleaners (which we could, but barely).

But I found a way; I burnt it all down and started over again.

Lyz Lenz is the author of Belabored: A Vindication of the Rights of Pregnant Women and God Land. She’s a columnist for the Cedar Rapids Gazette and lives in Iowa with her two kids.

Thu Sep 17 , 2020
The fashion world is stepping up in a time of need: Countless companies are now making, selling and donating non-medical grade face masks for daily protection from COVID-19. Demand for the best face mask options has soared in recent months, in part because the Centers for Disease Control and Prevention […] 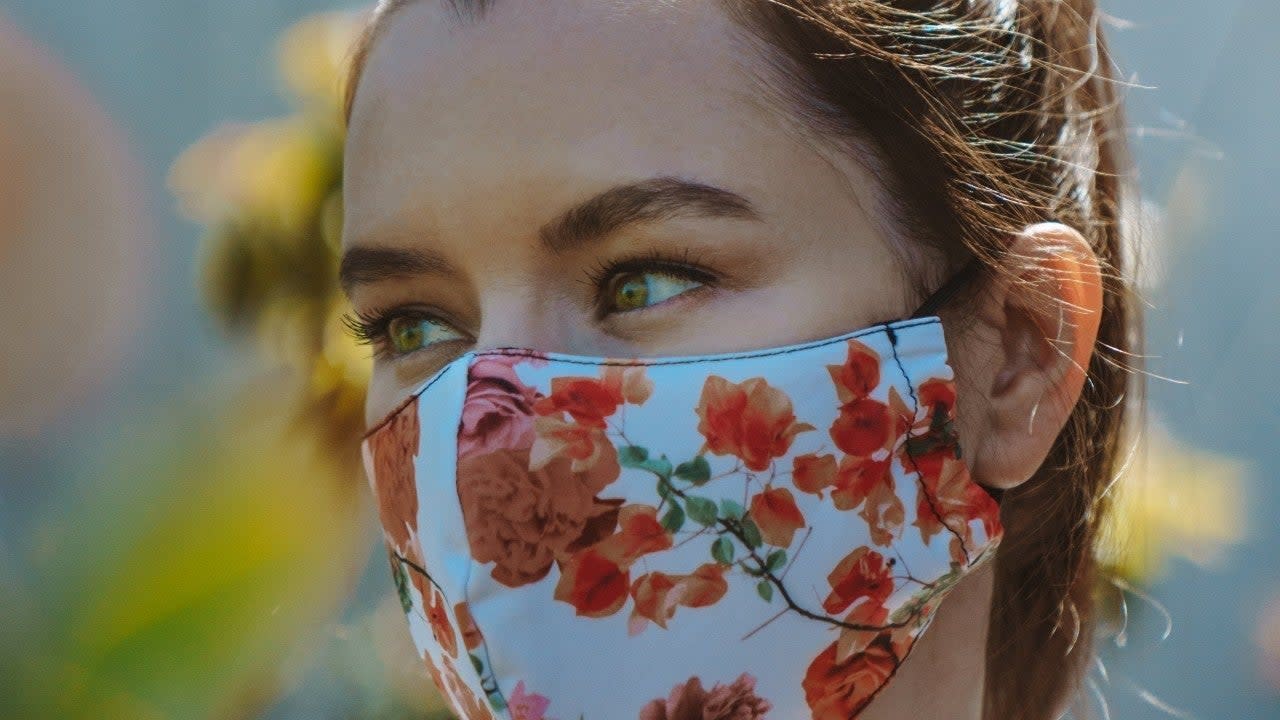