Bitcoin prices are up more than 15% in the past week to nearly $29,000. For years, I have called bitcoin investing “speculative gambling,” and that gamble has paid off big in 2020.

Unfortunately, one of the hardest things for gamblers to do is walk away when they are ahead. The tendency for people to make the worst bets at the worst possible times is what keeps casinos up and running.

The bitcoin people are going absolutely nuts online these days. I have nothing against a little bit of celebrating at all. But the fact of the matter is that bitcoin has always been a bad investment. The value of bitcoin never changes. The only thing that changes is the price people are willing to pay for it.

Bitcoin Is a Bad Currency

It’s fairly commonplace for the price of bitcoin to rise or fall 5%, 10%, or more in a single day. If you had $100,000 in your savings account and you woke up the next morning and had either $90,000 or $110,000 in your account, you’d probably be shocked and concerned. People work long and hard to build their savings.

If they want to take on a degree of risk to invest that nest egg and hope to generate returns in the stock market over time, that is their choice. But holding cash in the form of fiat currencies is the safest alternative to investing.

There hasn’t been a single year in the past five in which the price of bitcoin has been up or down less than 72%. Bitcoin is not a stable store of value. Maybe bitcoin will settle down eventually, but it hasn’t made much progress in reducing volatility in the past five years.

In addition, bitcoin is not regulated. Tens of billions of dollars of bitcoin are stolen or lost each year with no means of recovery. Finally, to this day relatively few businesses even accept bitcoin as payment for goods and services.

Bitcoin Is a Bad Investment

As bad as bitcoin is as a currency, it’s even worse as an investment. Most investors have heard the old adage “price is what you pay, value is what you get.” I want to focus on the second half of that equation, the value.

The value of a bitcoin is a hot topic of debate among bears and bulls. Personally, I believe bitcoin has no value. Others believe there is some level of value assigned to each bitcoin due to its utility.

But whether you believe bitcoin’s value is $0 or $10 million, there’s one thing we can all agree on: the value of a bitcoin will never change. If you buy a bitcoin today, it will be the same bitcoin ten years from now. One point of pride for bitcoin investors is that governments can print fiat currencies, but bitcoins will never change.

In fact, the price of bitcoin is all that changes. If you bought a bitcoin back in 2017 for $19,000, you bought the same bitcoin someone bought in 2018 for $4,000. People buying bitcoin today are getting the same exact bitcoin for $27,000. They aren’t getting a bigger bitcoin or a better bitcoin. The value of a bitcoin, by design, never changes. Only its price changes.

The value of a share of stock, on the other hand, changes dramatically. When you bought a share of Amazon (NASDAQ:AMZN) back in 1999, you were purchasing an ownership stake in an online bookstore. Today that same share of Amazon stock represents something much, much more valuable.

Who knows what a share of an evolving company like Amazon will represent ten years from now? Good companies grow their earnings, they grow their revenue, they generate cash flow and pay dividends. A bitcoin does nothing. It will always just be just a bitcoin. The only thing that will change will be the price that people are willing to pay for that same old bitcoin.

One of the most baffling things about the irrational exuberance for bitcoin these days is how short people’s memories are. Just three years ago, bitcoin lost the vast majority of its value. And the plunge started in the month of December, no less.

I don’t know on what date or at what price the latest wave of bitcoin gamblers will lose interest and move on to something else. In 2017, it started right around the end of the year. The price of bitcoin dropped from around $20,000 down to below $3,500 by November of 2018.

Given nothing has changed about bitcoin since then, the only difference between 2017 and now are the psychology and sentiment driving bitcoin buyers. Bitcoin never changes and neither does human nature. Therefore, I can only assume a repeat of 2018 is coming at some point.

In the meantime, congratulations to the bitcoin gamblers who have made a killing in 2020. Just don’t be like the gamblers in 2018 who stayed at the table until all of their winnings were lost.

On the date of publication, Wayne Duggan did not have (either directly or indirectly) any positions in any of the securities mentioned in this article.

Wayne Duggan has been a U.S. News & World Report Investing contributor since 2016 and is a staff writer at Benzinga, where he has written more than 7,000 articles. He is the author of the book “Beating Wall Street With Common Sense,” which focuses on investing psychology and practical strategies to outperform the stock market.

Sat Jan 2 , 2021
KHABIB NURMAGOMEDOV’s manager labelled Conor McGregor ‘trash’ and said the Irish star’s relationship with Dana White is ‘all about money’. Ali Abdelaziz hit out at McGregor for posting private messages from the UFC boss online. 3 Dana White and Conor McGregor’s relationship is all about money, according to Khabib’s managerCredit: […] 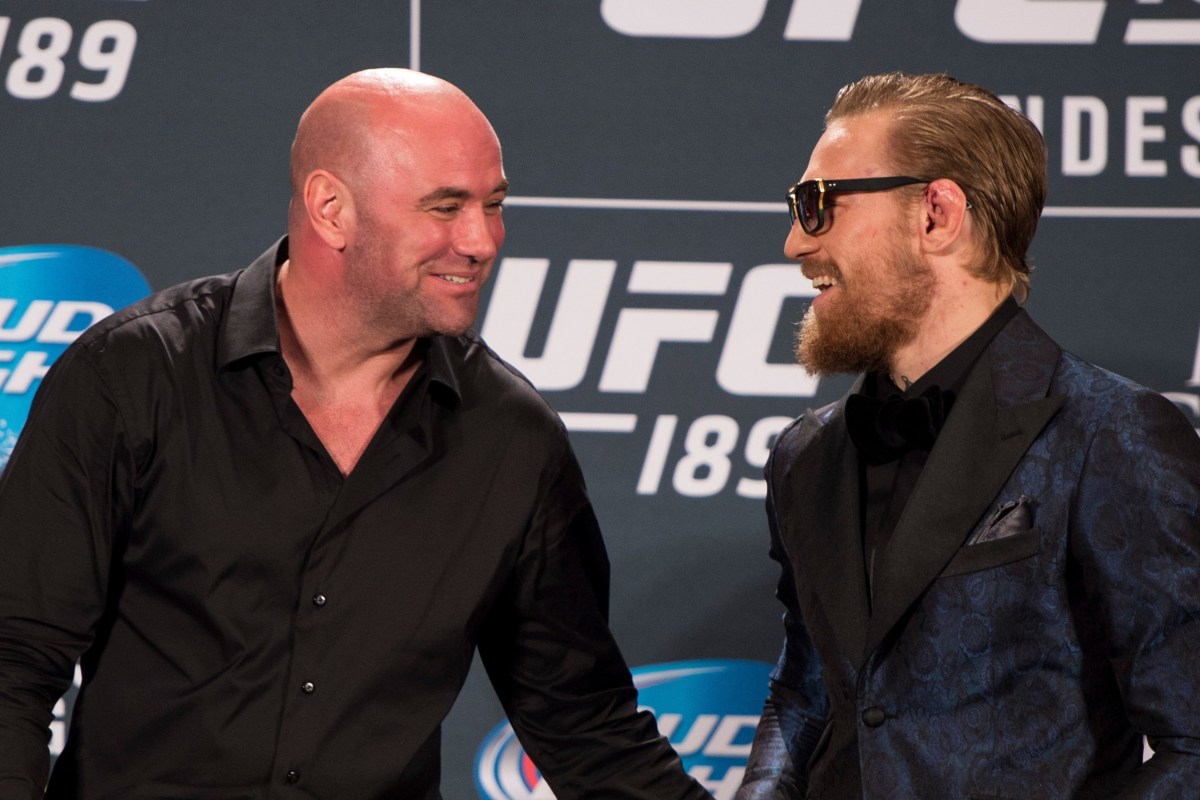