The contributions are a sign of how AKA, a close-knit network of Black women nationwide, has mobilized behind Harris. AKA cannot make official endorsements, so the work is less overt — members show up at Harris events, give money, organize get-out-the-vote efforts, network on how best to support the cause.

To some members, this is a version of the informal but powerful networks that have long supported White men: alumni groups, fraternal organizations, business associations. Harris was initiated into AKA at Howard University in Washington in 1986, and many members speak of being deeply moved by finally seeing one of their own on a major-party ticket.

Harris’s highest-profile moment since joining the ticket will come on Wednesday, when she will take the debate stage against Vice President Pence.

With 1,026 chapters and nearly 300,000 members, AKA is no small army. And it’s being reinforced by other members of the “Divine Nine” Black fraternities and sororities, with a total membership approaching 1 million, all working informally in their communities.

Rep. Brenda Lawrence (D-Mich.), a member of Delta Sigma Theta, said members see themselves in Harris. “We all feel this sense of pride that we have made it,” she said. “She knows her shoulders have to be wide and strong, because we are all standing on her shoulders and we are proud of her.”

Harris’s campaign appearances are limited by the coronavirus pandemic, but in almost all of them, she is surrounded by women in pink and green, AKA’s colors. On blazers and pins, signs and T-shirts — and virtually, on heart emoji and Instagram hashtags — the colors are omnipresent.

AKA members are also taking more practical action. The sorority recently put out a call to members who are lawyers, asking them to volunteer for the National Bar Association’s election protection initiative. Those AKA lawyers will be on call if a voter’s ballot is ruled invalid, a registration is challenged or a poll closes before someone can vote.

As of last week, 800 AKA members had volunteered, and more than 1,000 are expected to undergo the training before the Nov. 3 election.

“This time . . . you have a person of color on the ballot, and that has energized a lot of women,” said Glenda Glover, AKA’s international president.

Historically Black Colleges and Universities (HBCU), where many of the chapters are based, have also been crucial cultural influences — including Howard, where the first AKA chapter was formed in 1908 and where Harris graduated in 1986.

Her presence on the Democratic ticket, as someone who chose both AKA and Howard, is electrifying to many HBCU alumni who watched as Harris — the daughter of an Indian mother and a Jamaican father, schooled at times in Montreal, able to float between worlds — chose to steep herself in Black history and tradition.

“The mere fact that Senator Harris, the vice-presidential candidate, saw worth in Howard University and became a lawyer — just think,” Wilson said. “I’m sure with her background and her galactic ability she could have gone to Harvard or Yale or Princeton, and she chose Howard. And she chose Alpha Kappa Alpha.”

Because AKA would lose its tax-exempt status if it officially backed a candidate, it is pouring much of its energy into generic get-out-the-vote efforts — although, truth be told, a certain candidate preference is assumed.

AKA created a 100-day plan directing every undergraduate chapter to ensure that its members cast a ballot. Many of those chapters have posted memes and pictures circulated by the national organization; others are holding rallies.

The chapter at Methodist University in Fayetteville, N.C., produced a video called “Why We Vote,” posted to Instagram, showing a woman in a pink-and-green 1908 sweatshirt saying, “In years past, we’ve been seen as property or less than a whole person. We’ve been seen as incompetent or unfit to be contributing members of society. Many trailblazers have been martyrs for our right to vote. That’s why voting is important to me.”

AKA’s graduate chapters are using Instagram and Facebook to circulate sorority literature, almost all of it pink and green, about early voting and absentee ballots.

The sorority also hopes to protect one of its own from the racist and sexist attacksy being aimed her way. When reports emerged that some Biden allies were urging him not to pick Harris because she was “too ambitious,” many AKA members heard echoes of comments that had long been directed at them.

Glover — who is president of Tennessee State University, an HBCU in Nashville — published an open letter saying, “Black women all across this nation should be outraged by the commentary that a qualified African-American woman is ‘too ambitious’ ” to be Biden’s running mate. “We jumped all over that one,” Glover said with a laugh. “I wrote that one myself.”

AKA is in many ways a political organizer’s dream. Members consider their commitment lifelong, and AKA leaders maintain a tight organization with regional groups broken down into smaller geographic clusters. Each chapter has its own social media presence and active leadership, so national leaders can mobilize them quickly.

AKA was founded by nine women, including Ethel Hedgeman Lyle, a Howard University student who in the early 20th century chafed at what she called the “small circumscribed life” imposed by segregation and male dominance. Over the years, the sorority has done everything from pushing anti-lynching legislation to establishing a mobile health clinic in the Mississippi Delta.

At one point, AKA bought the Rev. Martin Luther King Jr.’s home so it could be used by the Martin Luther King Jr. Center for Nonviolent Social Change, and it was involved in the effort to make the civil rights leader’s birthday a national holiday. It has undertaken initiatives such as building schools in South Africa. On one day recently, the group mobilized its networks to raise money for HBCUs as part of a regularly scheduled “Impact Day,” with a goal of bringing in $1 million.

Now the sisterhood hopes to provide an extra push for one of its own. It is being joined by the eight other Black sororities and fraternities, each with a similar sense of mission.

Wilson compared the Divine Nine to the “talented 10th” described by W.E.B.Du Bois, referring to the 1 in 10 African Americans who would become leaders of the community.

“It’s amazing how to the forefront Senator Harris has brought the Divine Nine,” Wilson said. “White people knew nothing of this. It was almost as if this were a secret organization.” The congresswoman described being “on multiple Zooms with my Divine Nine groups,” encouraging people to vote.

Individual AKA members nationwide are taking action on their own. Many local AKA leaders referred questions to Glover, but suggested that they are undertaking fundraising and get-out-the-vote initiatives individually.

Within hours of Biden’s announcement that Harris would join his ticket, AKA members had commissioned T-shirts and other gear to support her. Glynda Carr, founder of Higher Heights, which promotes Black women in politics, moderated a reception a few days later while wearing a pink-and-green shirt that read, “Black Women Lead.”

At that reception, Carr interviewed actor Yvette Nicole Brown, another AKA member, who wore a black shirt with the words “We’ve Got Your Back” in green and pink. An online store called “Sisterly Designs 1908” began selling black lawn signs that say “Kamala is my sorority sister” and “Biden Harris,” all in pink and green.

At a recent virtual fundraiser with members of the Howard community, Howard AKA members past and present — some acquaintances of Harris — offered support in a montage of pink-and-green-laden video messages. Harris watched the five-minute video with a smile on her face and a hand over her heart.

For many AKA members, this represents a pivotal moment to make a broader point about Black women and leadership. Glover said the sorority’s members will make sure that people who are uncomfortable with Black women in power see that “this is a reality” and that Harris, a senator and former attorney general of California, is “eminently qualified.”

“We have to make sure the silliness of the day can’t interfere with this campaign,” Glover said. “Everyone’s not pleased with this moment, but that’s their problem. And we can’t let them make it her problem.”

Thu Oct 1 , 2020
TipRanks 3 FAANG Stocks That Score a ‘Perfect 10’ In the first week of September, the markets saw a sudden drop from peak values. That fall was most pronounced in the NASDAQ index, which dropped from 1,200 points – some 10% – in just 5 trading sessions. Since then, however, […] 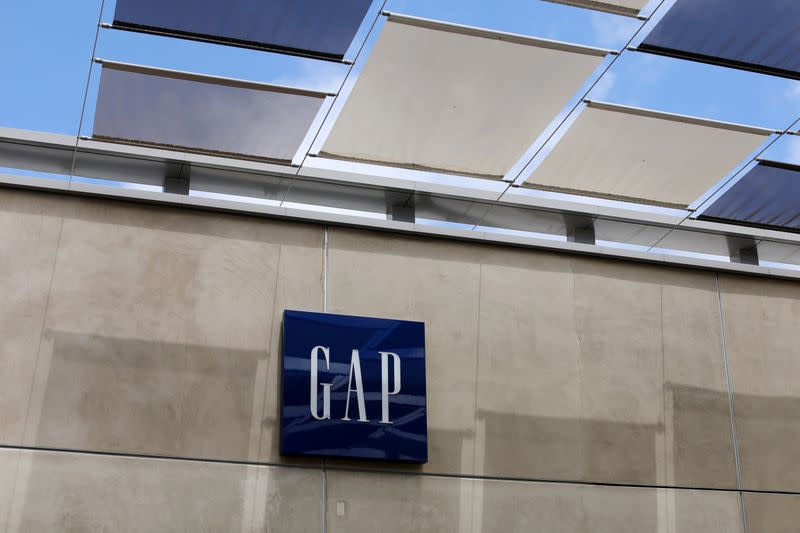