Kanye West put a Black-owned tech firm through hell when he struck an oral deal to build his Sunday Service and Yeezy e-commerce platforms then “reneged” without payment, a new lawsuit claims.

The new lawsuit from MyChannel Inc. is seeking more than $20 million in damages, claiming West made “lavish” promises during the 2018 joint venture as he drained the company of resources and acquired its proprietary technology and trade secrets.

The music and fashion mogul insisted that the founders move to be close to him, worked them around the clock for six months and then ultimately violated their May 2018 nondisclosure agreement, cut ties and launched a “copycat” version of their technology, the filing claims.

“After Kanye learned all that he could from MYC and its founders, he abruptly attempted to terminate the parties’ oral partnership, refused to invest in MYC or even reimburse it for the millions the company had already sunk into Yeezy’s e-commerce business and misappropriated MYC’s proprietary information and technology to use on his newly-launched Sunday Service,” the lawsuit states.

“Mr. West’s channel became a rousing success, leading in his words to merchandise sales of over ‘$1mm a night,’ demonstrating the sheer magnitude of the economic loss MYC has suffered,” the complaint alleges.

The technology, as outlined in the lawsuit, combines video capture with artificial intelligence to make an event like one of West’s gospel group performances called Sunday Services into a “shoppable” stream, where a viewer could seamlessly buy Yeezy-branded merchandise featured in the video.

“The founders of MYC reasonably relied on a series of promises made by Mr. West and other leaders in his organization that for six months convinced them to focus 100% of their attention on Kanye and Yeezy and to invest more than $7 million in company resources for good measure,” the lawsuit states.

The complaint, filed by lawyers Ben Meiselas and Michael Popok, says MYC’s founders and other personnel moved from their Pennsylvania headquarters to Yeezy’s headquarters — first in California and then in Illinois — and “worked fulltime for defendants, all at Mr. West’s insistence.”

“All told, MYC’s founders and about a dozen other personnel spent six non-stop months working with Mr. West and Yeezy, to the exclusion of their other work and clients, at considerable expense without compensation,” it says.

The deal included a June 2018 promise from West that he would “make a $10 million strategic investment in MyChannel,” the complaint says.

“But every time MYC founders raised the issue of Mr. West actually funding MYC and providing the $10mm promised, they were met with Mr. West’s protestations that they were ‘thinking small,’ and should instead ‘focus on bigger revenue and profits’ resulting from their partnership. MYC founders trusted Kanye and pushed ahead,” the paperwork says.

MyChannel’s founders, Julian Duggin and Gibran Gadsen, say they worked for West during a time when he publicly “was extolling the virtue of supporting Black entrepreneurs like themselves.”

But while traveling in Uganda, West abruptly cut ties with the company, using “some untrue perceived slight as a pretext,” the complaint states.

“(West) inexplicably reneged on his promises seemingly on a whim and walked away from the successful partnership while misappropriating MYC’s proprietary and trade secrets, netting Kanye hundreds of millions of dollars off of the back of MYC,” the paperwork filed in federal court in California says.

West’s lawyer for his Yeezy business, Maximilian Jo, did not immediately respond to a request for comment from the Daily News.

“We will hold Mr. West accountable, as well as those who aided and abetted his conduct, and bring justice to our client,” Meiselas said in a Twitter post.

Wed Aug 26 , 2020
Are you a student paying your own way through college? We want to read your Money Diary! Send us an email here by the end of the week for a chance to see your Money Diary on Refinery29. Today: a student making $7,000 a year who spends some of her […] 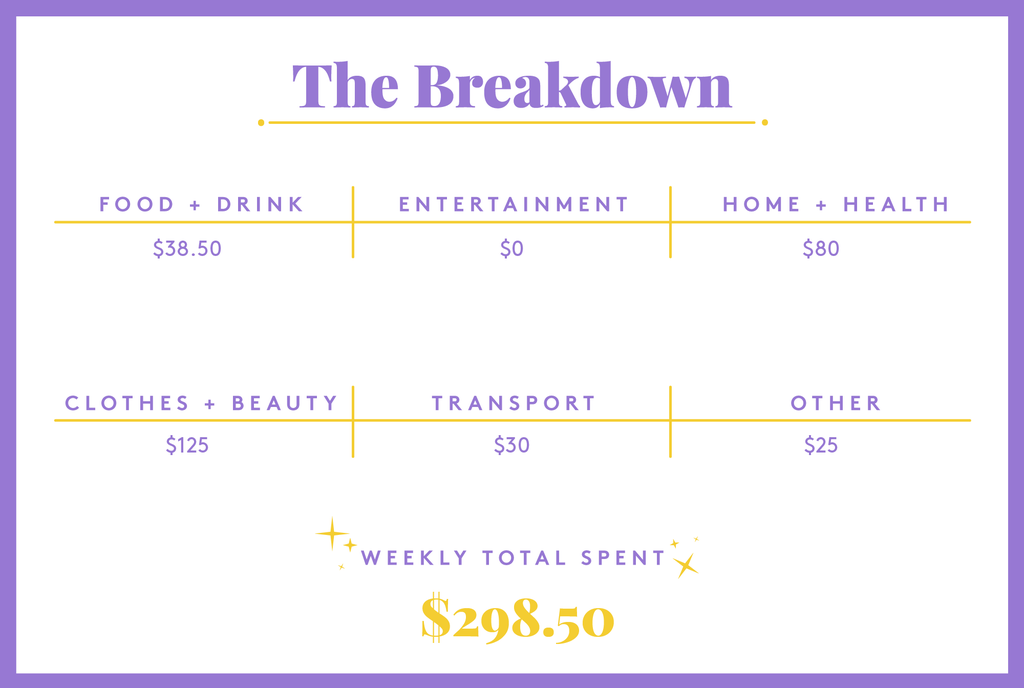