Sen. Tom Kean Jr. makes only one claim of substance in his campaign to unseat the incumbent in the 7th district, Rep. Tom Malinowski.

It’s on health care, and it goes like this: Kean is a champion of bipartisan solutions to reduce costs, while protecting those with pre-existing conditions.

Here’s the problem: His track record shows just the opposite.

It’s a contradiction he won’t discuss, even in written exchanges. But votes are votes, and Kean has a record.

New Jersey passed three major bills to contain costs in the last few sessions, bills that actually drove down the cost of health insurance in the state, a policy win that is rare. Kean voted against all of them.

“With all due respect, there isn’t a lot of substance to what Kean is saying,” says Sen. Joe Vitale, D-Middlesex, chairman of the health committee. “Those bills saved consumers millions of dollars, and he voted against all three.”

Worse, Kean is vowing to fight a bill the House passed this year that would cut prescription drugs costs by allowing Medicare, finally, to negotiate lower prices with pharmaceutical companies. The non-partisan Congressional Budget Office estimates that would save more than $450 billion over a decade, and 86 percent of the public supports the move.

But Kean opposes that, too. Malinowski says it’s because he’s gorging himself on roughly $1 million in special interest money from the pharmaceutical and insurance industries.

“That’s why I don’t take corporate PAC donations,” Malinowski said during of the debates.

What about Kean’s promise to protect those with pre-existing conditions? Is that much, at least, true?

Kean says Obamacare is doomed because it was passed without Republican support, as if that’s a knock on Democrats. In debates he has dodged the question of whether he supports an outright repeal, but again, he has a voting record.

He voted against Vitale’s bill to protect Obamacare by instituting a state mandate to buy coverage when the federal mandate was lost. And he voted against a resolution to keep New Jersey out of the lawsuit seeking to end Obamacare, including its protections for those with pre-existing conditions. That case will reach the Supreme Court next month.

So how would Kean protect people with pre-existing conditions if Obamacare is overturned? It’s a mystery. There’s no hint on his web site, and he wouldn’t discuss it, not even in writing.

Folks, if you don’t smell a rat in all this, you need to see a doctor.

The bills that Kean opposed in New Jersey were not radical stuff. They were practical measures. One established the mandate to get coverage, which cuts rates by expanding the pool of insured to include more healthy people. Another blocked surprise medical bills from out-of-network doctors and hospitals. The third established a high-risk pool to help insurers cover extraordinarily expensive cases, allowing them to cut rates for the rest of us. In 2019, thanks to these bills, premiums on New Jersey individual market actually dropped by 9 percent.

“Usually we celebrate when the increase slows down, so this was striking,” says Joel Cantor, director of the Rutgers University Center for State Health Policy. “And it was a bipartisan strategy. Now it’s been adopted by a lot of states.”

In other words, Democrats in Trenton delivered just what Kean promises – bipartisan agreements to cut health costs. The irony is that Kean was not on board.

In debates, Kean says that allowing Medicare to bargain down prices would pinch revenue to Big Pharma and cost 58,000 jobs in New Jersey, a claim that he won’t discuss or support with evidence.

The bill allowing Medicare to bargain is sponsored by Rep. Frank Pallone, D-6th, one of the chief authors of Obamacare. Every other advanced country negotiates for lower prices, he says, as does the Department of Veteran’s Affairs.

“It’s the only thing that’s really going to make a difference,” he said.

Asked about Kean’s claims as a cost-cutter, Pallone strained to keep it clean.

“I guess I can’t use foul language,” he said. “Republicans like him make all these claims about how they’re going to bring down drug prices, but the reality is they don’t have any plan to do that.”

This, believe it or not, is not the worst thing about Kean’s campaign, nor the most dishonest. Save that for the unending series of TV ads, paid for by the party and pushed by Kean himself, that charge Malinowski with protecting child sex predators when he worked as a lobbyist for Human Rights Watch. The ad is packed with flat-out lies, and won Four Pinocchios from the Washington Post fact-checkers. His claims on health care could win him four more.

Kean is the Republican leader in the state Senate. This campaign is beneath him.

Thu Oct 22 , 2020
Target is taking additional measures so customers will feel safe Target Target Corp. TGT, -1.52% said Thursday that it is launching a number of new ways for customers to go “contactless” during a shopping trip, using technology to reduce the number of touchpoints. Shoppers can now use the Target app’s […] 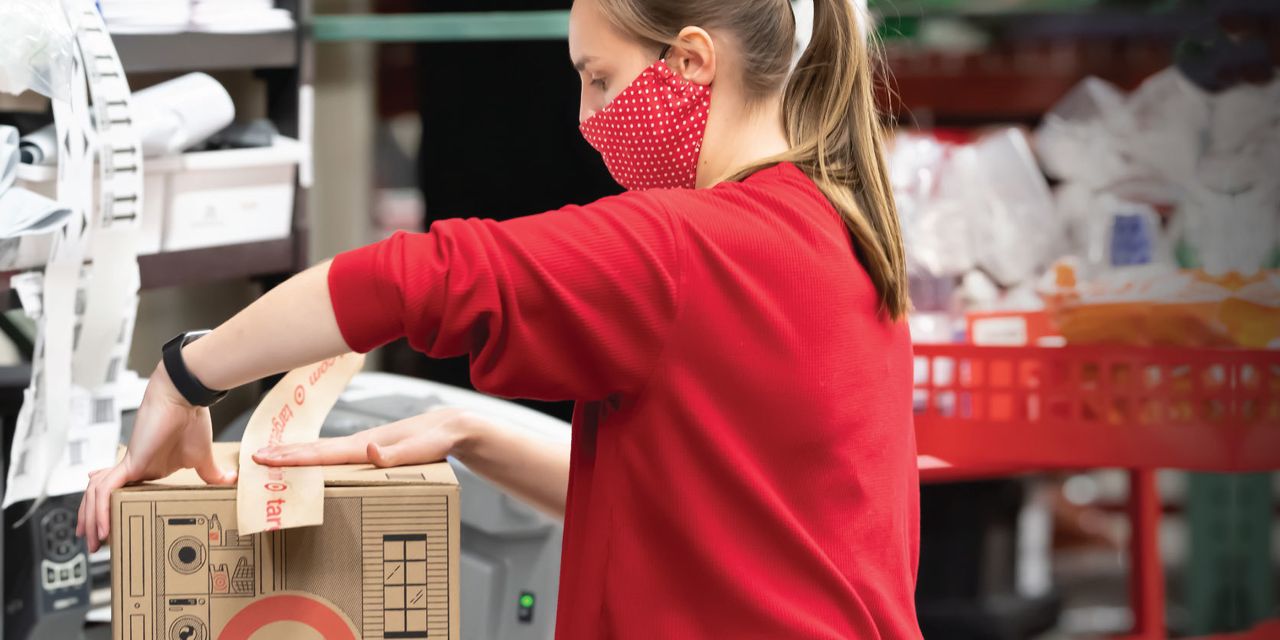