Keyless cars are driving a rise in vehicle thefts, insurers have warned, as motorists are told to keep their fobs in metal bags to stop thieves hijacking digital signals.

Recent data shows that car theft claims have increased by 20 per cent in each of the last four years, with London seeing the biggest increase, rising over 250 per cent since 2016.

Keyless cars are making up a greater proportion of claims, according to analysis by LV= General Insurance.

The company said that the best way to prevent theft is to keep your fob as far away from the car as possible, and if you can, in a Faraday bag – a metal-lined bag which blocks digital signals that can be picked up by criminals.

The bags use metallic layers such as copper or aluminum that prevent signals such as Bluetooth or Wifi from being sent and received.

As well as for fobs for keyless cars, the bags are often used to protect devices such as phones and laptops from cyber-attacks – or even to ensure that data on devices in court cases cannot be tampered with.

So far this year LV= has distributed some 18,000 of these bags to motorists to protect against keyless car theft.

Heather Smith, Managing Director at LV= GI, said: “From keyless cars, to Apple’s recent CarKey partnership with BMW, which means drivers can unlock and start their vehicle with an iPhone, car technology continues to advance.

“But unfortunately so do the methods criminals use to steal them, so consumers need to keep on top of new innovations and take extra precautions to ensure they stay one step ahead of criminals who may try and take advantage of them, and their cars.

“The police can only do so much, so it’s vital that drivers do everything they can to protect their vehicle, especially those driving a luxury or prestige car that is likely to attract attention.

“Most car theft happens near people’s homes, but with a better understanding of the technology and a few simple security measures, you can make your car a lot less appealing to thieves.”

Keyless cars are usually opened automatically when the fob comes within a short distance of the vehicle.

However criminals are able to use devices to relay signals to make the car believe that a fob is nearby, and are able to steal luxury cars from the driveways out houses.

A survey by Which? earlier this year found that despite car manufacturers understanding that cars are vulnerable to this kind of theft, many have done nothing to find and fix their models to keep them safe.

As well as the use of Faraday bags, motorists were also urged to make sure that cars were double-locked, and that if vehicles have log-in details, that passwords are kept obscure and secret.

The insurance company said that many drivers don’t realise that pressing a key fob once will only single lock a car. This means the car door can be opened through a smashed window.

A spokesperson for LV= General Insurance said: “Whilst new technology often makes life easier for drivers it can take some time for users to understand and adapt to any new risks it can present.

“It is important that everyone takes the time to understand how to make sure their vehicle is secure, as sadly thieves will always be on the lookout for new ways to take advantage of any security weaknesses.”

Addicted to scented candles? They fight the darkness of 2020

Fri Oct 16 , 2020
Here’s how bad it’s gotten: I just ordered a scented-candle-making kit. I know, I know; I am way behind the curve, to which the wickless, fragrance-free, picked-over shelves of my local Michaels can attest. (Not much I can do with a five-pound bag of soy wax without wicks, is there, […] 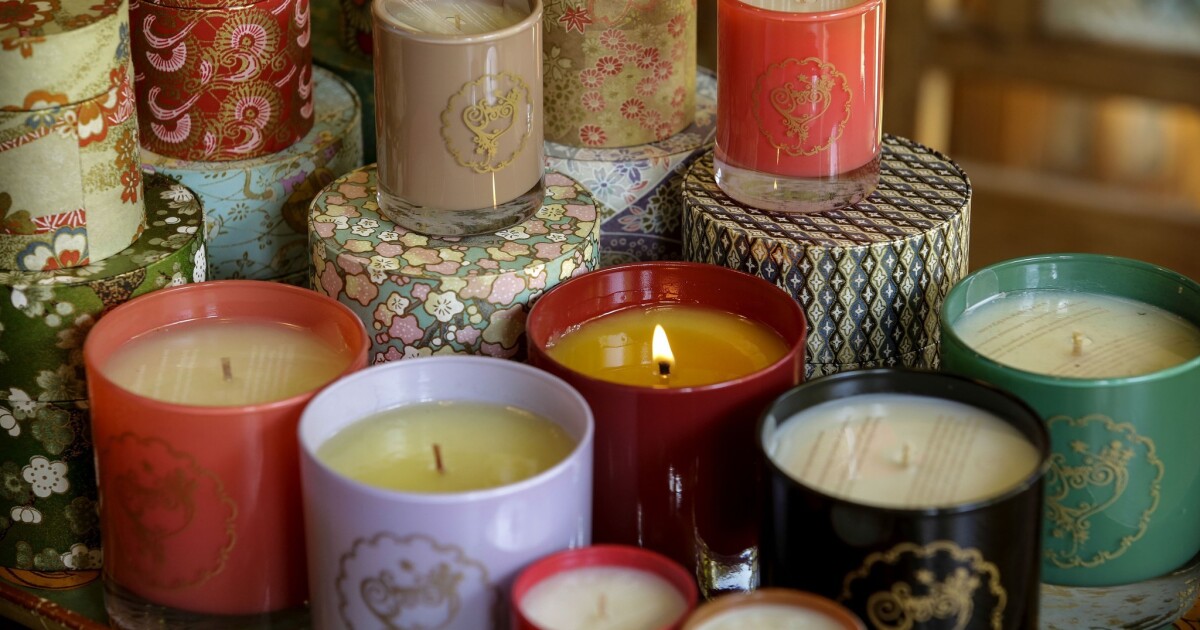