TORONTO — A new bill in Ontario could make it harder for consumers to sue a business that was involved in the transmission of COVID-19, lawyers say.

Bill 218, which Ontario Attorney General Doug Downey has dubbed the Supporting Ontario’s Recovery Act, proposes protecting people from legal action if they made a “good faith effort” to stop the spread of COVID-19 after March 17.

When introducing the bill, Downey highlighted potential protections for “hard-working women and men who make essential contributions to our communities, from frontline health care workers to people coaching minor sports teams, to those keeping our supply chain moving, to people volunteering at the local food bank or those simply showing up for work each day despite the unprecedented challenges of COVID-19.”

The biggest impact will be on the long-term care industry, notes Mohsen Seddigh, a lawyer at Sotos LLP. But the bill also has the potential to “wipe out” claims from patrons at other businesses, he said.

The new law comes amid concerns of the ability of businesses to keep people safe. An Ipsos poll released on Wednesday suggested that only 35 per cent of respondents agreed that businesses are making an effort to ensure health and safety guidelines are followed.

That’s down from 69 per cent of consumers who saw businesses making an effort in May, according to the online poll of 2,000 Canadian adults between Aug. 28 and Sept. 5. The polling industry’s professional body, the Marketing Research and Intelligence Association, says online surveys cannot be assigned a margin of error because they do not randomly sample the population.

Kris Bonn, the president-elect of the Ontario Trial Lawyers Association, said he understands the government faces a difficult task: to help businesses that have lost money during the COVID-19 pandemic, while balancing the rights of ill people and grieving families.

But while Downey said the bill will still allow people to take legal action against “bad actors,” Bonn said the wording of the bill may have unintended consequences. Customers or families infected with COVID-19 at a place of business might find it harder to get money for their losses.

For one, the bill sets a higher bar that businesses must breach before a customer could successfully sue. The standard, called gross negligence, is usually applied in situations where someone is injured in a fall due to a municipality’s failure to maintain a sidewalk, said Bonn.

How a judge will interpret this high standard in the context of a contact tracing, wearing masks or cleaning during a pandemic is open to question. Bonn said he’s hopeful that a judge will view deviations from well-publicized health guidelines as grossly negligent.

But since it’s harder for a lawyer to win a gross negligence case, Bonn said the new law could mean that plaintiffs will be on the hook for legal fees and spend two or three years in court, or wait for another legal precedent before they know how their lawsuit measures up.

Proving gross negligence also requires a lot of evidence about what the business did to prevent the spread of COVID-19, Bonn said. Unlike a crack on a sidewalk, customers may not be able to see that clearly without investing significant resources in doing legal discovery. For example, a business may have had previous warnings or incidents, but the consumer wouldn’t know.

“We do have some concerns that (the bill) may go too far,” said Bonn of the bill.

While the bill seeks to protect frontline workers, Seddigh said it may be insurance companies that ultimately benefit. Seddigh said that as a lawyer, if a business owner sought counsel because an employee passed COVID-19 to a customer, his first question would be, “What’s your insurance?”

While an individual employee could be named in a civil lawsuit for negligence, lawsuits are expensive. Seddigh said that most cases that move forward are ones where the target has money to pay the victim, such as a business with insurance.

“The flip side of it is, if someone comes to me on the other side and says, ‘I lost my parent, my grandfather, or my loved one, or I myself got gravely hurt’ as a result of what can only be negligent conduct, my advice is going to be: ‘Look, this bill is going to make it very, very difficult to advance those claims and to get any level of justice,’” said Seddigh.

Another issue with the bill, said Seddigh, is the wording. The bill requires businesses and workers to follow public health guidelines with a “good faith effort,” defined as “an honest effort, whether or not that effort is reasonable.”

Seddigh said that wording is much less clear than a similar law in British Columbia. There, a ministerial order specifies that a person must at least “reasonably believe” they were complying.

“In law, every word has to have some meaning. But here, it’s honestly not defined. We don’t know what (good faith effort) is here,” said Seddigh.

This report by The Canadian Press was first published Oct. 22, 2020.

Thu Oct 22 , 2020
Photographer: Julia Robinson for Bloomberg Businessweek Photographer: Julia Robinson for Bloomberg Businessweek Katrina Brooks has a challenge most small business owners would envy: She’s working overtime to fulfill orders at Black Pearl Books in Austin. A year ago, when she started her company, which depends mostly on online sales, she […] 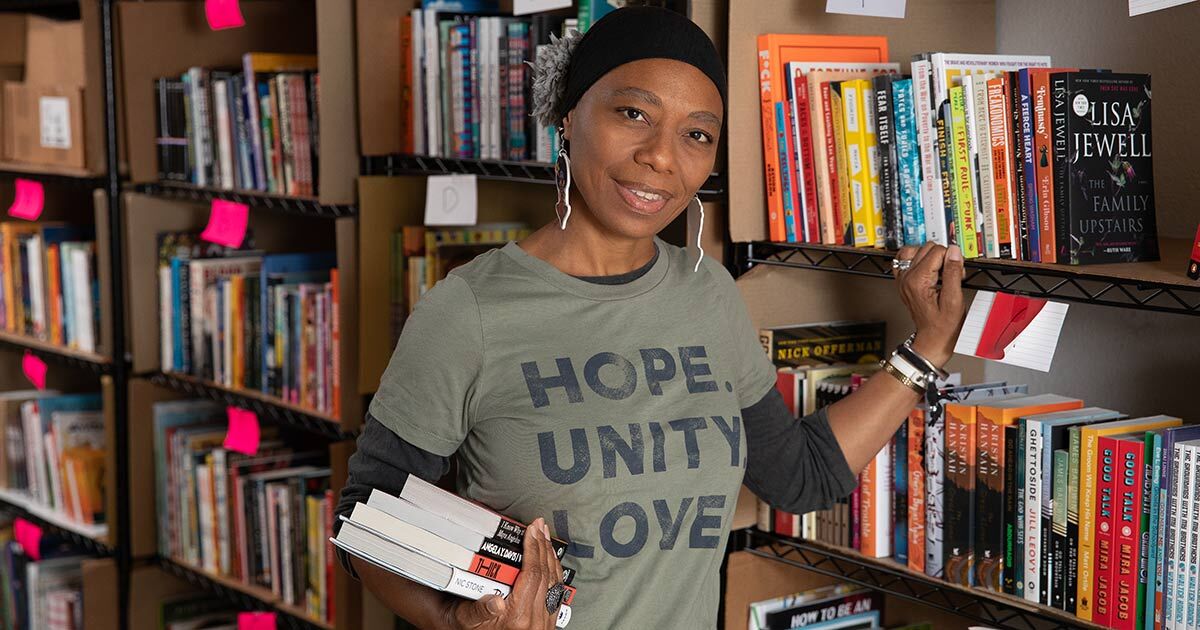