Hit hard by the coronavirus crisis and with new government stimulus funding in limbo, Disney, American Airlines and United Airlines announced 60,000 layoffs in just 24 hours — leading a barrage of job losses a month before US elections.

Insurance firm Allstate warned Wednesday that it would have to cut 3,800 jobs, and Marathon Petroleum is slashing more than 2,000 jobs — 12 percent of its workforce.

No sector is expected to be spared in the wave of layoffs and furloughs.

Financial giant Goldman Sachs is cutting what it called a “modest” total of about 400 people, ending a moratorium on job reductions that it imposed as the pandemic took hold.

New jobless claims data from the Labor Department did not brighten the picture, with 837,000 new filings last week — down 36,000 from the week prior but still well above the single worst week of the 2008-2010 global financial crisis.

“It is especially concerning that the pace of layoffs has not slowed more materially even though the economy has reopened more fully, and more and more businesses have come back online.”

When the Covid-19 crisis struck the United States earlier this year, the tourism and hospitality industry — hotels, restaurants, and leisure activities — were the first forced to make huge job cuts to stay afloat.

Some major companies, like the airlines, got government aid to save tens of thousands of jobs.

But much of that aid expired on Wednesday, and partisan bickering has stalled a new package on Capitol Hill.

A loan package announced Tuesday for seven US airlines — totaling up to $25 billion — will provide funds for the carriers to ride out a longer downturn, but won’t stave off furloughs.

American and United were to begin furloughing 19,000 and 13,000 workers, respectively, on Thursday. Other smaller airlines like Hawaiian will also have to let some workers go.

“Tens of thousands of essential aviation workers will wake up without a job or health care, and tens of thousands more will be without a paycheck,” said Sara Nelson, president of the Association of Flight Attendants.

“They don’t know how they will pay rent, feed their families, or cover the cost of their prescriptions or medical care,” Nelson added.

Overall, more than 26.5 million Americans are receiving some kind of aid linked to a loss in income.

When it announced 28,000 layoffs on Tuesday, Disney said it had “worked tirelessly” to try to avoid any job cuts.

But the major financial hit suffered by the company due to its derailed theme park business and shuttered movie theaters made the move unavoidable.

Some companies are nevertheless trying to keep their personnel, so that they can bounce back more quickly to full strength when the time comes, with already trained staff.

“The first phase of the crisis… has given way to a scenario in which demand has partially returned, but in which the most vulnerable sectors are still in serious trouble,” said Gregory Daco, an analyst at Oxford Economics.

For Daco, some companies like the airlines are also in a bit of a “political game” — American and United said they could avert job cuts if a new government stimulus package were to come quickly.

All the news on the US jobs front is not terrible, however.

On Friday, the Labor Department will reveal the September unemployment rate and jobs data — the last such report before voters decide whether to give President Donald Trump a second term in the November election.

After an April peak of 14.7 percent, unemployment dropped to 8.4 percent in August — encouraging but well above the pre-pandemic figure of 3.5 percent.

Economists at the Federal Reserve Bank of St Louis said the much higher jump in unemployment in the US as compared with other western countries comes down to government strategy.

“In Europe and Japan, the government’s approach to unemployment during Covid-19 has focused on maintaining employer-employee relationships,” they said in a recent blog post.

“In the US, policy has focused on providing unemployment benefits to workers that have already been laid off or furloughed,” they added.

For certain sectors and companies, the pandemic has been a boon — online sales have exploded, which is good news for Amazon, which announced the creation of 100,000 new jobs in North America in September.

Walmart and FedEx have also hired in recent months.

Thu Oct 1 , 2020
Welcome to the Capital Note, a newsletter about business, finance and economics. On the menu today: a SPAC ETF, Congress debates another round of stimulus, and Donald Kendall, R.I.P. SPAC ETFI wrote earlier this week about the rise of SPACs, not the first time that we have touched on this […] 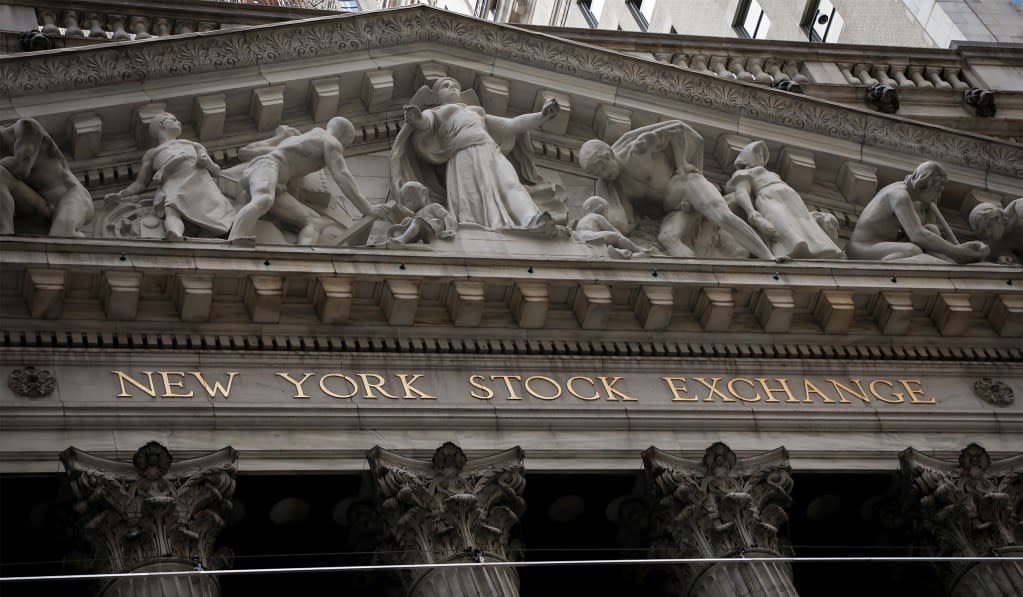